How to Test Candy in Cold Water

Learn How to Test Candy in Cold Water.  It’s really not hard and you won’t have to depend on a candy thermometer that might not always be accurate. 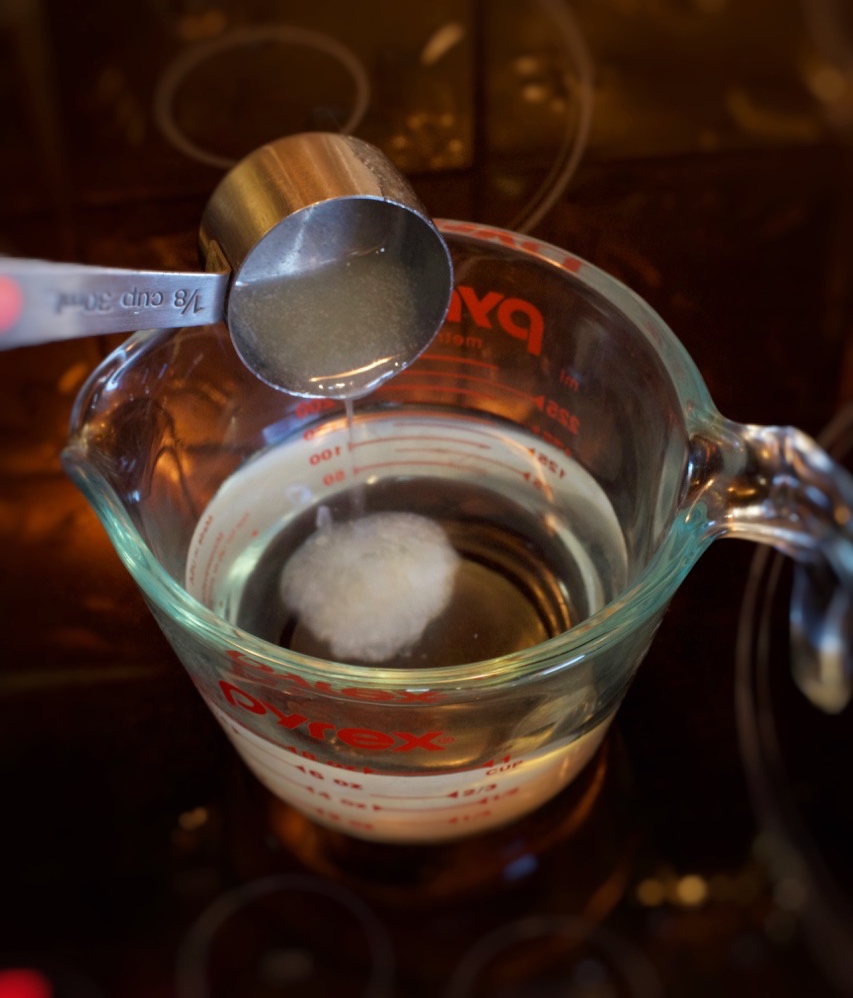 With the holidays soon approaching, I thought this would be a good time to discuss how to test candy in cold water, so if you’re someone who’s afraid to attempt the cold water test, I’ll show you just how easy it is.

Most cooked candy starts with a combination of sugar, milk, cream or water, and sometimes butter and corn syrup.  The mixture is then cooked to the consistency of what the finished candy should be once it has cooled to room temperature.  That’s why you test the candy in cold water.  Once you drop the hot candy into the cold water, the hot candy cools down while the cold water also rises to room temperature.   For example, if I’m making fudge I want it to be creamy, so I want to cook it to no more than a soft ball stage.  Once I drop the hot mixture into cold water, it should form a soft ball when I try to roll it between my fingers.  If it forms a hard ball, then I know I have overcooked it and my fudge will be hard instead of creamy. 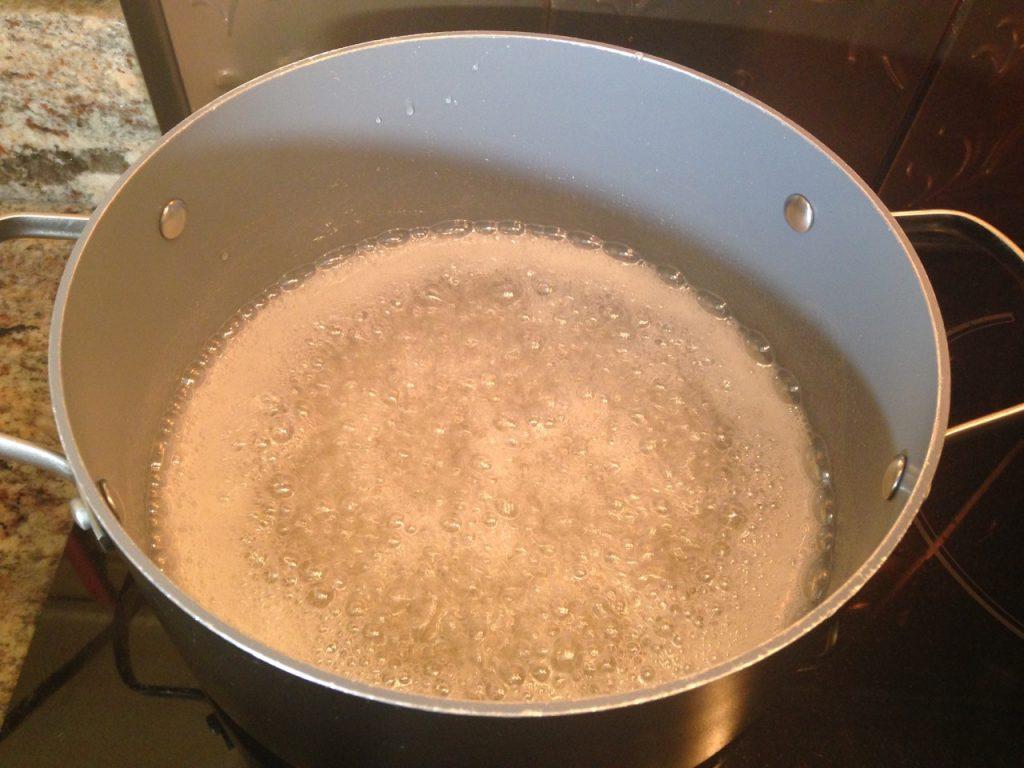 The candy mixture in the picture above consists of sugar, corn syrup, and water.  This mixture gets boiled without stirring until it reaches a certain temperature.  It doesn’t contain milk or cream, so there’s no worry about it sticking or scorching if it’s not stirred… 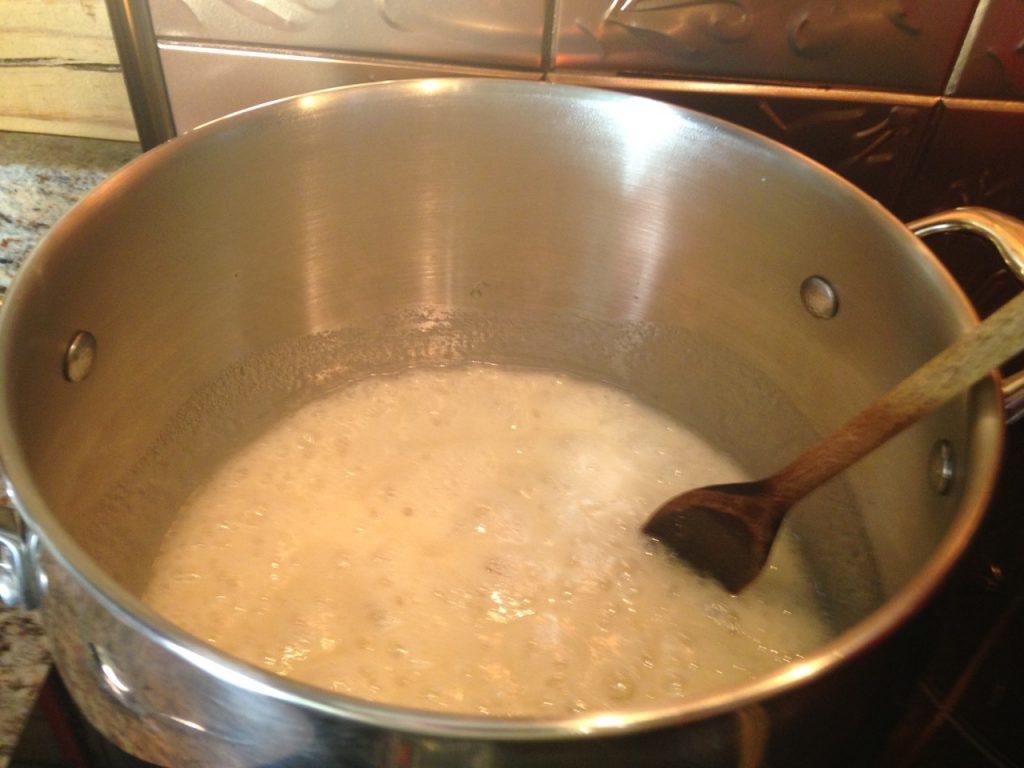 The candy mixture in the picture above consists of milk and sugar.  It needs to be stirred constantly due to the addition of milk, or it will stick to the pan and probably scorch…

Now let’s talk about the different cooking stages of candy…

Thread – Must reach at least 230 degrees on a candy thermometer or form soft threads when dropped into cold water.  This stage is not frequently used in candy making.

Here are the most common candy stages used in making candy:

Soft Ball – Must reach at least 234 degrees on a candy thermometer or form a soft ball between your fingers that flattens when released.

Firm Ball – Must reach at least 242 degrees on a candy thermometer or form a firm ball that holds its shape unless you press it with your fingers.

Hard Ball – Must reach at least 250 degrees on a candy thermometer or form a hard ball that holds its shape but is still pliable.

Soft Crack – Must reach at least 270 degrees on a candy thermometer or form hard but not brittle threads when dropped into cold water.

Hard Crack – Must reach at least 300 degrees on a candy thermometer or form brittle threads, that will also break when dropped in cold water.

Okay, let me illustrate the stages for you in the pictures below… 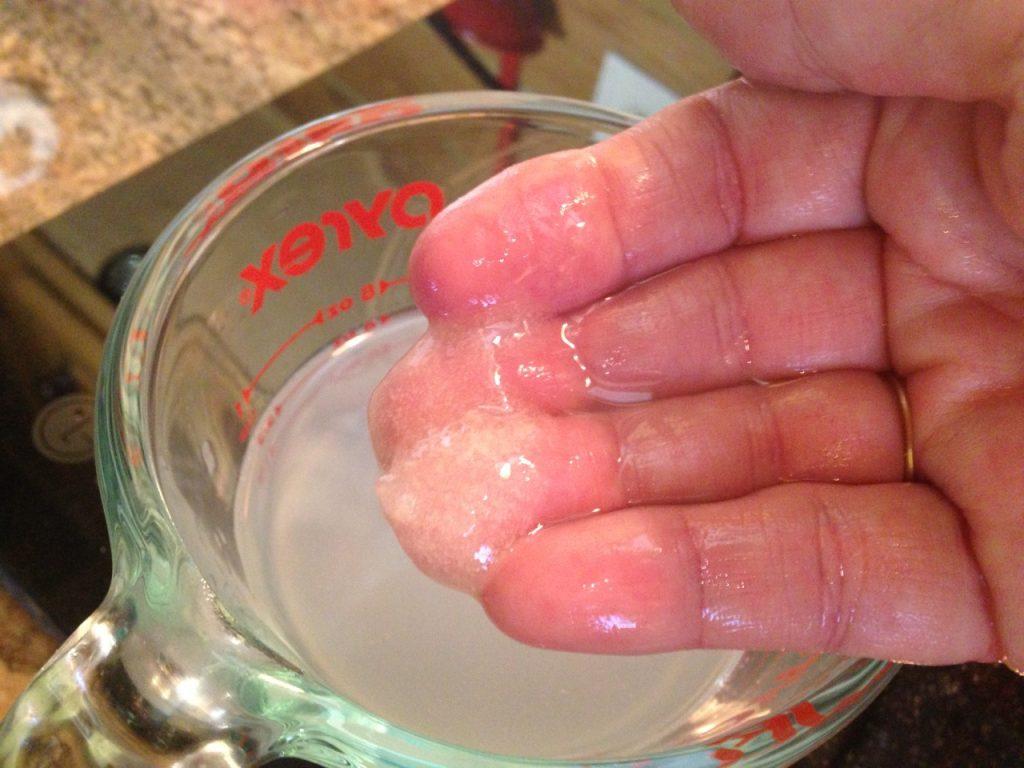 Notice in the picture above, the candy doesn’t even begin to form anything.  It had only been boiling for less than a minute… 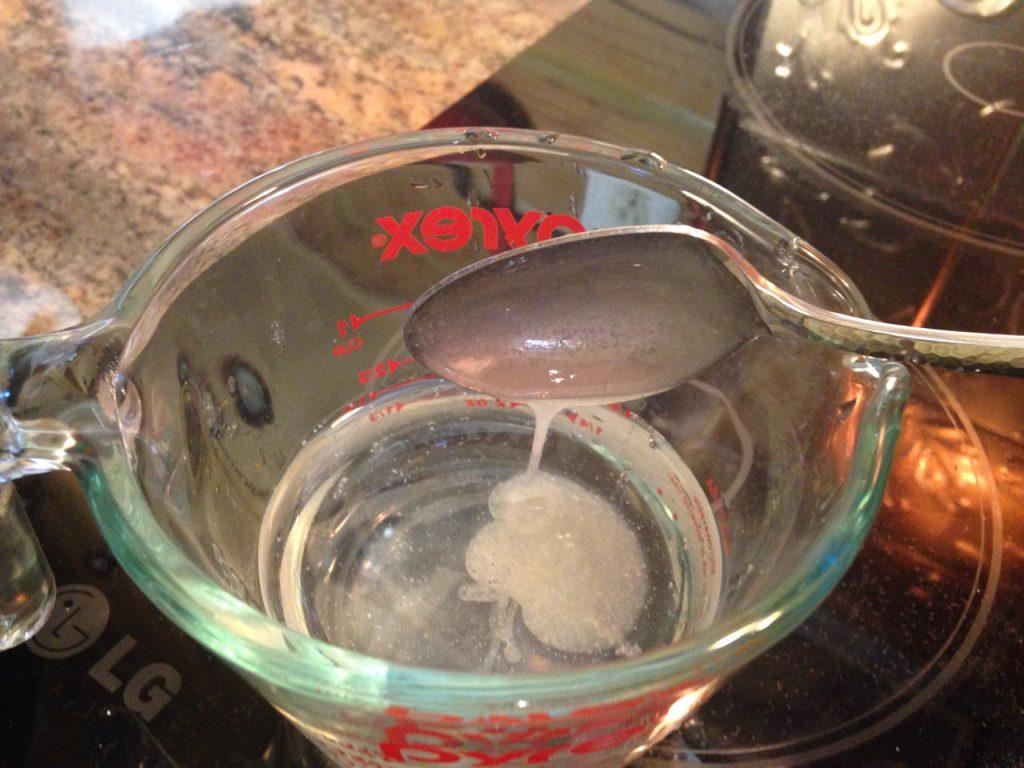 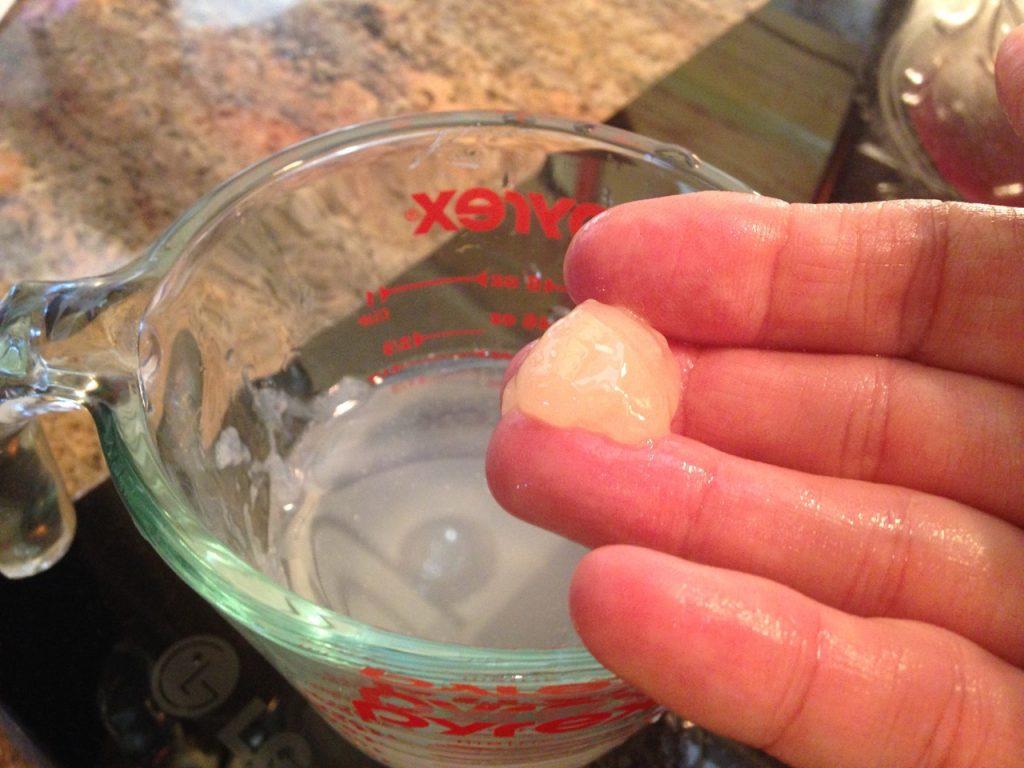 Notice in the pictures above that as the candy is dropped in the water, it forms a thread, but it doesn’t even form a soft ball… It goes flat.  I was making fudge here, and I needed a soft ball stage… 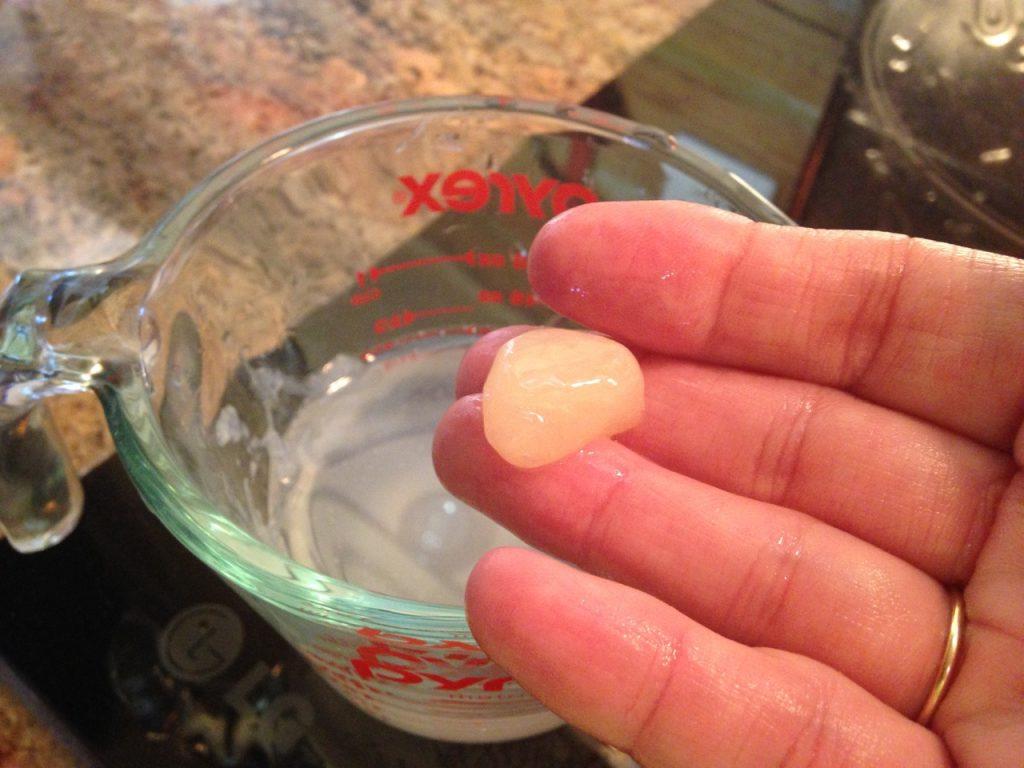 Notice in the picture above that the candy forms a soft ball but the longer it sets on my fingers the more it goes flat.  It’s now a soft ball, which is what I needed here, because I was making fudge… 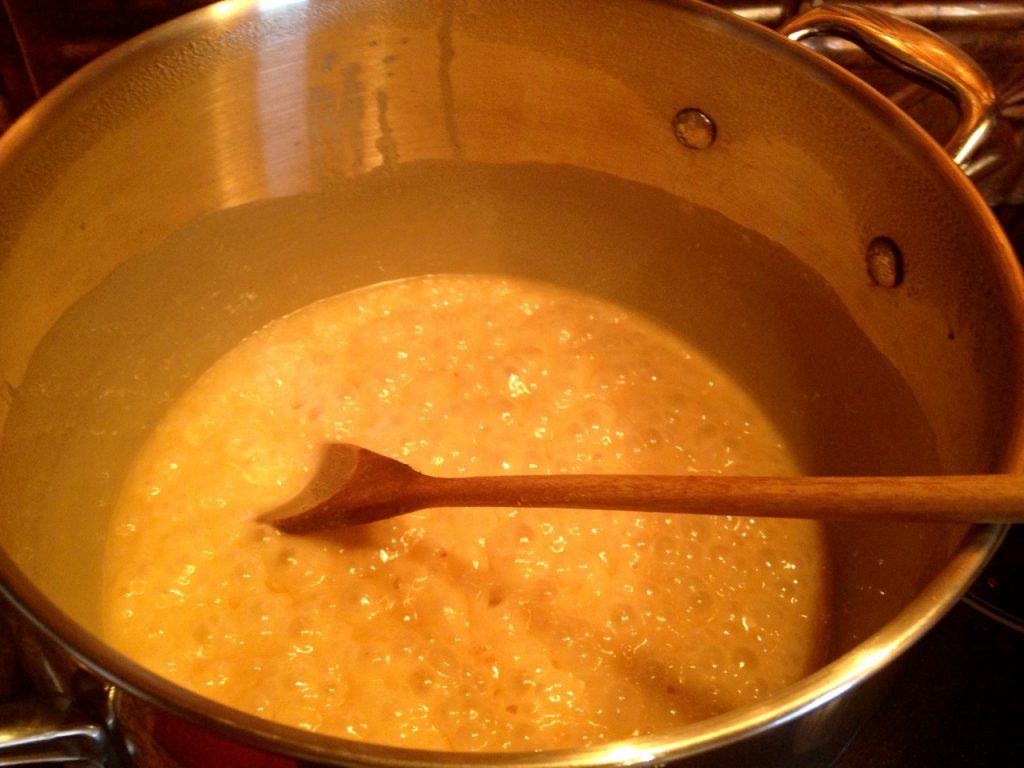 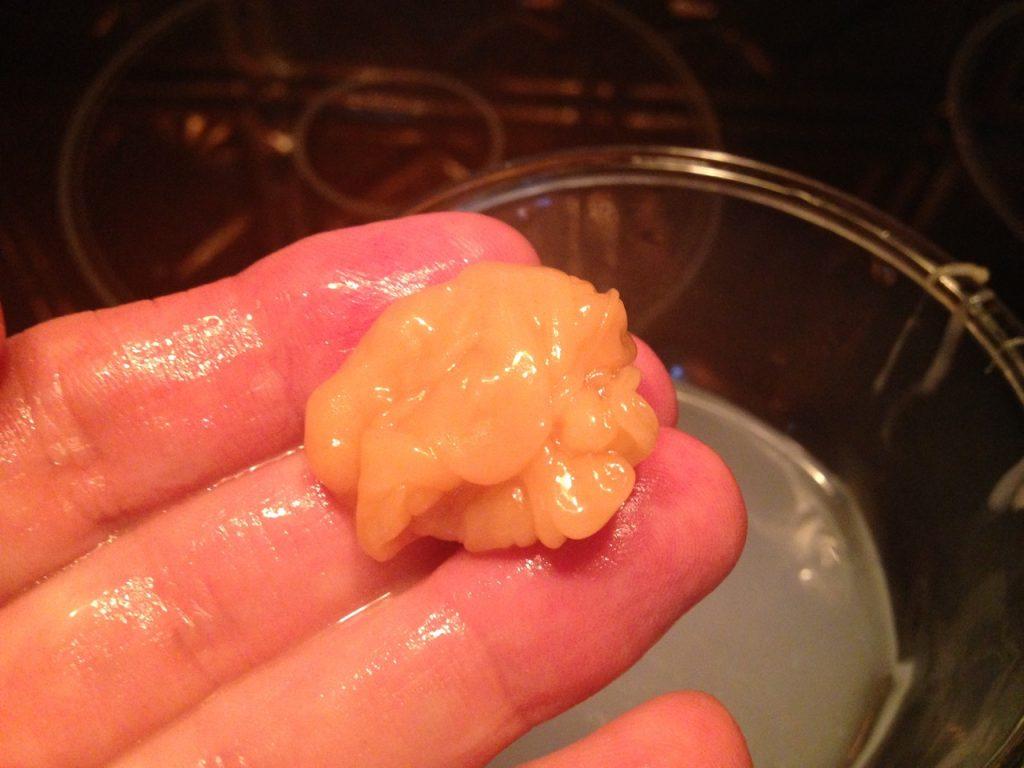 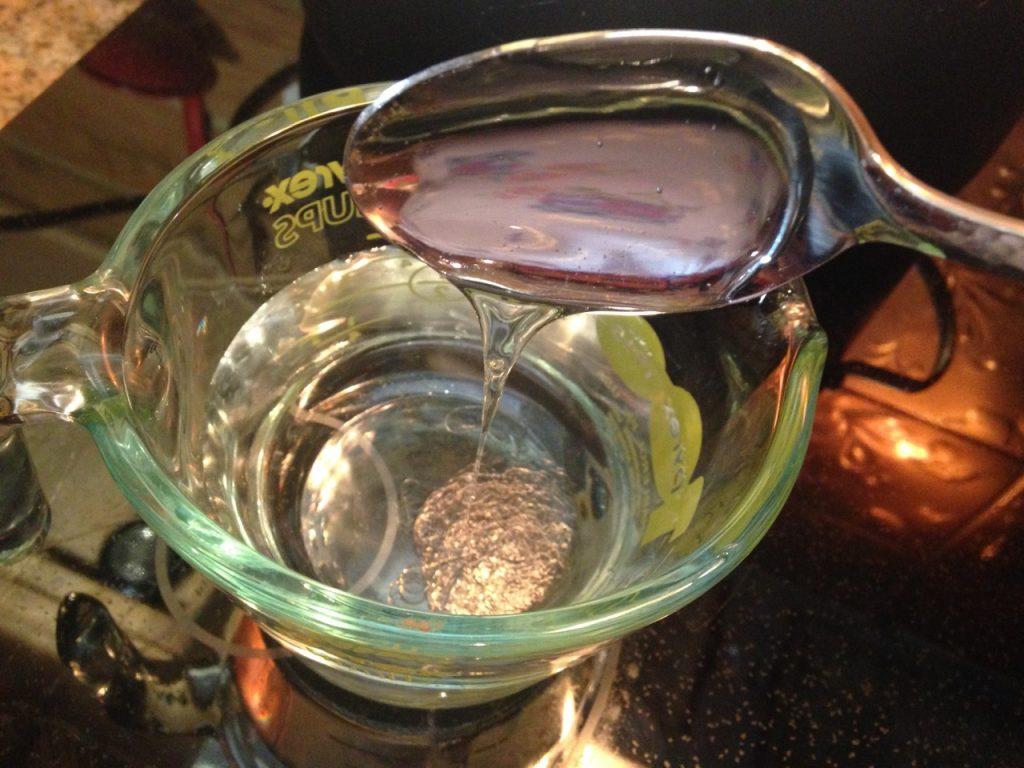 The picture above shows the soft crack stage.  When the candy is dropped into the cold water, it forms a hard thread that’s hard but not brittle.  If I’m making a batch of my hard candy, I must go beyond this stage. If I stop at this stage my candy would be semi-hard but would not break easily.  It would be close to being bendable.  We don’t want bendable when we are breaking it into pieces. 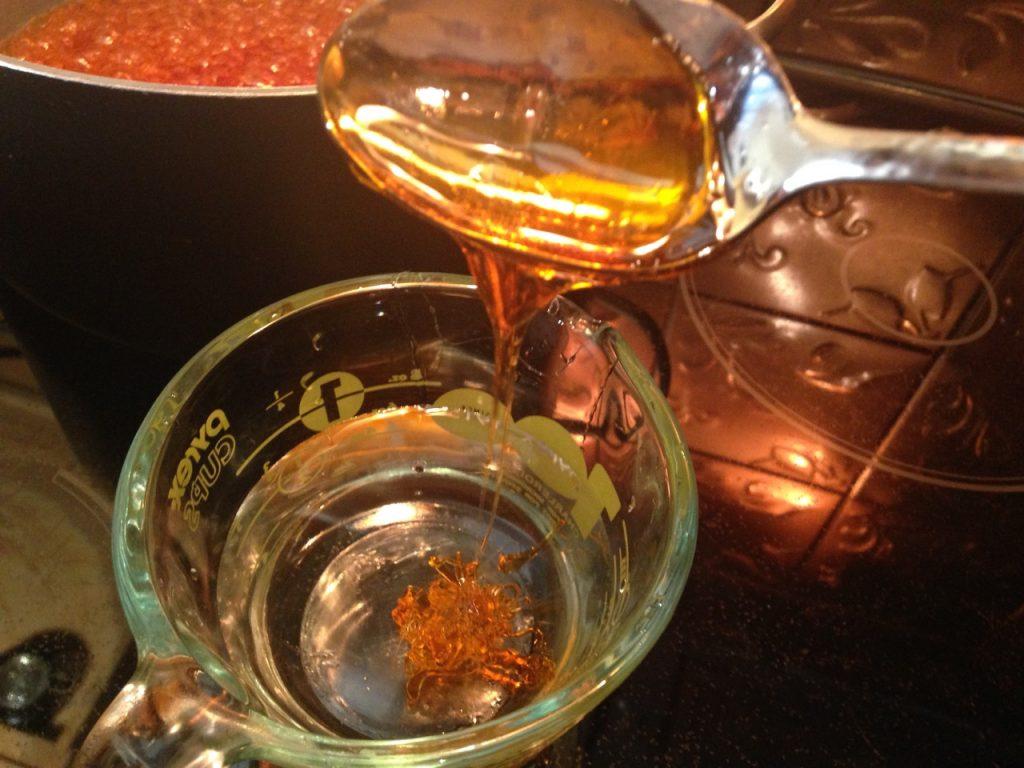 The picture above shows the hard crack stage.  I was making hard candy suckers.  I wanted them to be very hard just like my regular hard candy.  Peanut Brittle also gets cooked to the hard crack stage when it is cooked on a stovetop.  Notice how the candy separates into multiple brittle like threads as it hits the cold water.  If I were to remove the candy threads from the water they would break easily.

Take your pick this holiday season…candy thermometer or cold water, but don’t be scared of either one.

Stages for some common Christmas candies:

Fudge is usually cooked to a soft ball stage.

Caramel, divinity, and pralines are usually cooked to a hard ball stage.

Peanut Brittle is always cooked to a hard crack stage.

I hope this post has been helpful for all of you who have never used the cold water test.  For tips on using candy thermometers click here.

There may be affiliate links in this post. We are a participant in the Amazon Services LLC Associates Program, an affiliate advertising program designed to provide a means for us to earn fees by linking to Amazon.com and affiliated sites.
Baking & Cooking Tips Candy Christmas Holiday Recipes

END_OF_DOCUMENT_TOKEN_TO_BE_REPLACED
©2023 My Country Table. All Rights Reserved. Design by Purr.