How To Calibrate Candy Thermometers

Before you make candy, you should learn how to calibrate all of your candy thermometers, unless you’re an expert at testing candy in cold water. 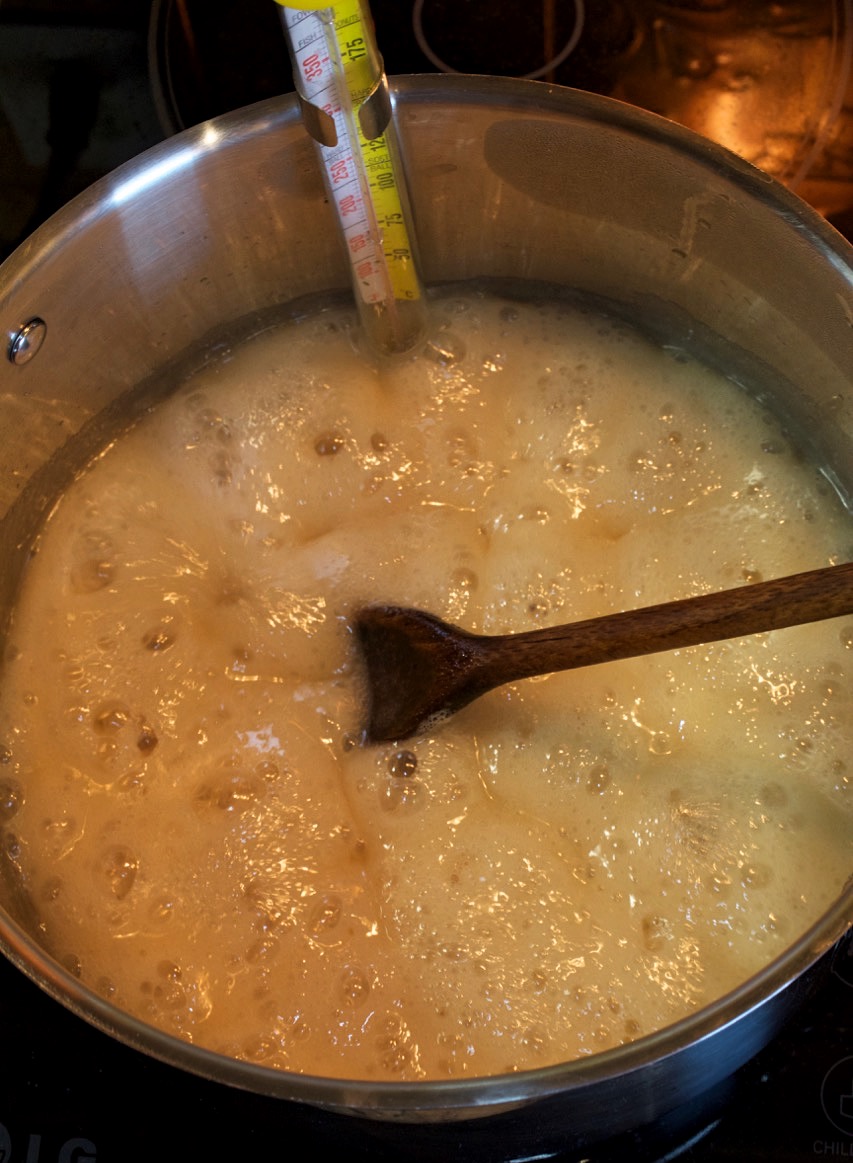 If you feel intimidated by the thought of making candy, you shouldn’t.  Don’t let the thought of candy thermometers or cold water candy testing scare you.  Neither of them is as hard as you might think.  Besides, wouldn’t you love to make your own homemade candies during the holidays and watch the smiles on the faces of the people you give it to?  You just need to know a couple of easy tips before starting your candy making adventure. 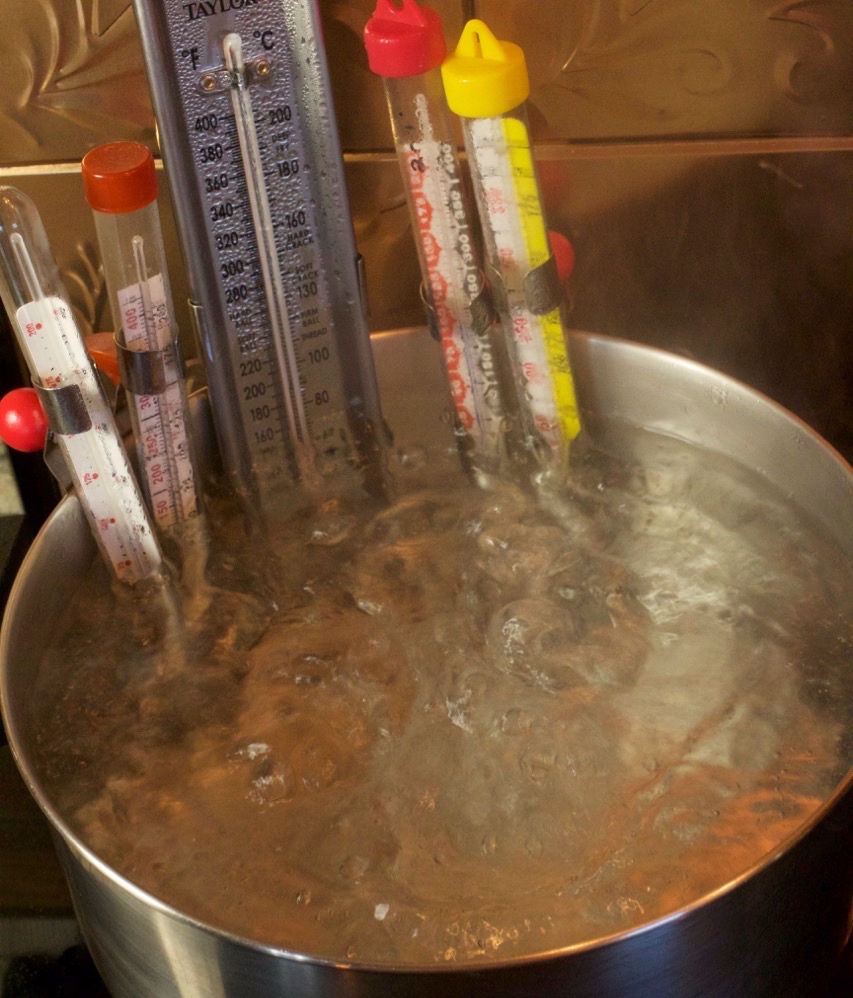 There’s one important thing you need to do before starting all of your holiday candy making… calibrate your candy thermometers.  The candy thermometer is not your enemy…I repeat…not your enemy…nor is it to be feared.  The thermometer can’t help where it was manufactured or what part of the world you live in.  I wish someone would have said those words to me many years ago when I got frustrated and slung my thermometer into the sink and broke it after I flopped a batch of candy.  What do you mean…I should’ve calibrated my candy thermometer?  Back then, I was just so sure that a new candy thermometer right out of the package was supposed to already be calibrated and totally accurate and ready to use.  Boy was I wrong.  Oh well, live and learn, I say… 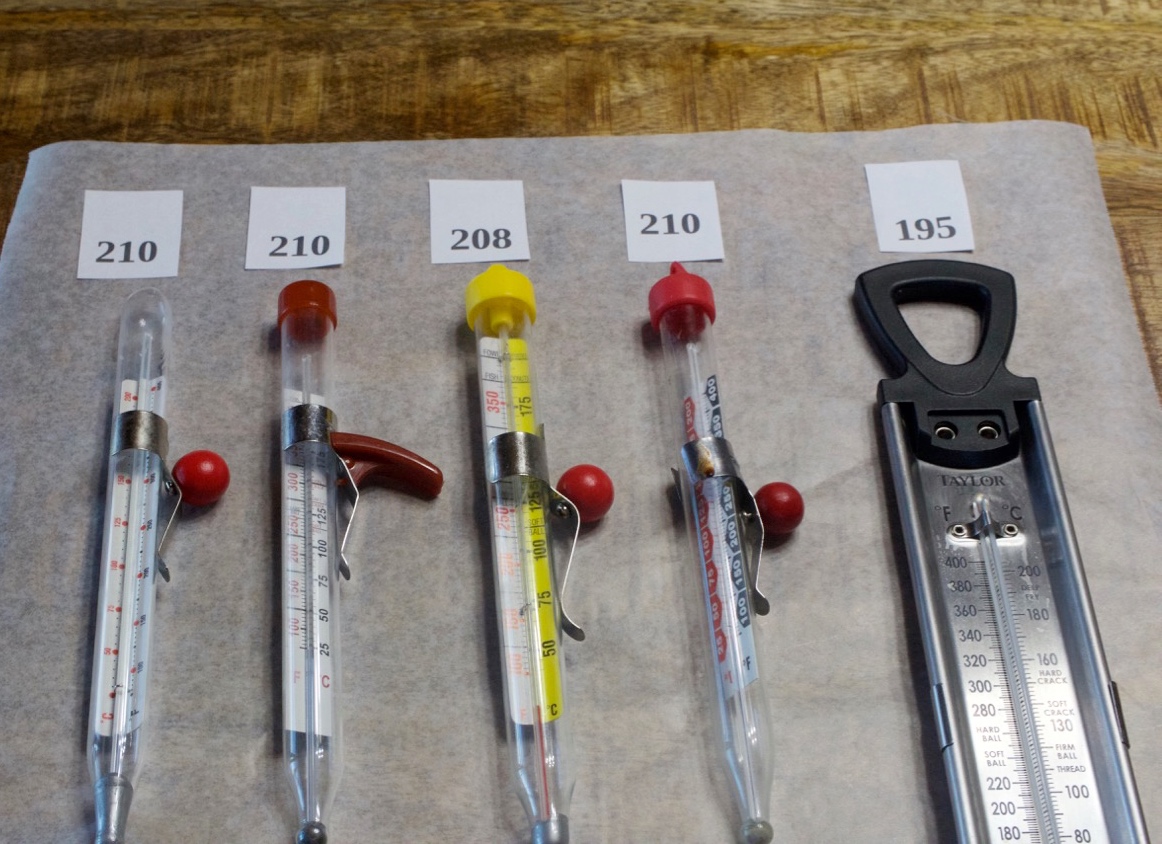 If you’ve never before used a candy thermometer, chances are that you’ve invested in one of the cheaper glass bulb thermometers like the ones above… 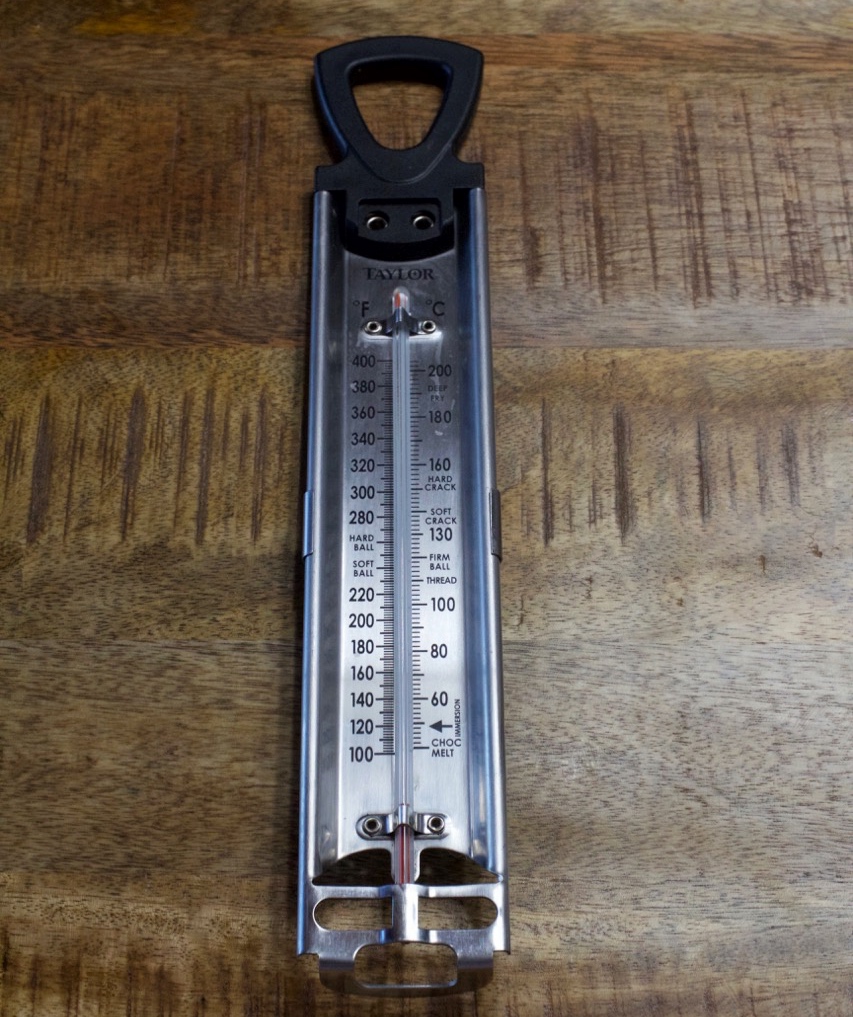 The Taylor model above….

The Thermo Works digital probe thermometer above….my latest addition.  Okay, this one does cost a little more.  I ordered mine online and paid about $60.00 which included shipping.  I’ve only had a chance to test it once so far, but was it accurate?  DEAD ON….my friends, and guess what….it calibrates itself.  That’s right.  It comes with its own case for storage, a clip for the side of the pan, and NO steaming up of the glass.  It’s so easy to read.  I’ll update you more on this one after I use it a few more times.  I seriously doubt that I’ll be tossing this one into the sink…

Okay, before we calibrate, let’s talk about other things that can cause you to flop that batch of candy.  First of all, let’s check your recipe.  Is this a new recipe that you’ve never tried before….has someone that you know tried it with success….if you wrote it down from a friend on the phone, did you write it down accurately?  It’s important to make sure that you are using an accurate and time-tested recipe.  Next, let’s talk weather.  If it’s hot and humid in your house, this can adversely affect the results of your candy, causing it to sometimes not set up to the right consistency once cooled.

Just in case you don’t know, water generally boils at 212 degrees, depending on what part of the world you live in.  If you are at sea level, it will boil at 212 degrees.  Here are the easy steps to calibrating your candy thermometer.

Okay, now you’ve written down your temperature reading, and we’ve already concluded that water at sea level boils at 212 degrees.

Now let’s say that your thermometer reading was 205 degrees.  If it was accurate, it would’ve read 212 degrees when placed in the 212-degree water.

So now if you subtract the 205 degrees from the 212 degrees, you know that your thermometer is 7 degrees off.

Now let’s say that you’re cooking a batch of candy that has to reach 234 degrees, (a softball stage), on your candy thermometer.  When the thermometer reaches 227 degrees, you want to stop cooking the candy.  This is seven degrees lower than the 234 degrees.

On the flip side…let’s say that your thermometer reading was 215 degrees, 3 degrees above the boiling temperature of 212 degrees.  If your candy recipe says to cook it to a softball, 234 degrees, you will need to cook it to 237 degrees, adding 3 degrees.

Note:  It’s always good to calibrate your candy thermometers at least once a year, especially before Christmas, a busy candy making season.

Note:  Do not dispose of an old candy thermometer containing mercury in the garbage.  Call a hazardous waste facility in your area for instructions on proper disposal.

If for any reason, you still feel the need to be afraid of your candy thermometer at this point, you can consider the cold water testing method, which is not thought by many to be as reliable as the candy thermometer but it’s actually a method I use a lot.

There may be affiliate links in this post. We are a participant in the Amazon Services LLC Associates Program, an affiliate advertising program designed to provide a means for us to earn fees by linking to Amazon.com and affiliated sites.
Baking & Cooking Tips Candy Christmas Holiday Recipes

5 comments on “How To Calibrate Candy Thermometers”

END_OF_DOCUMENT_TOKEN_TO_BE_REPLACED
©2023 My Country Table. All Rights Reserved. Design by Purr.