These Perfect Fudgy Cocoa Brownies will be your new favorite fudgy brownies.  Using no leavening agent makes these brownies super dense and eggs give them structure. And the flavor…just pure dark bitter cocoa!  They are a chocolate lover’s dream!! 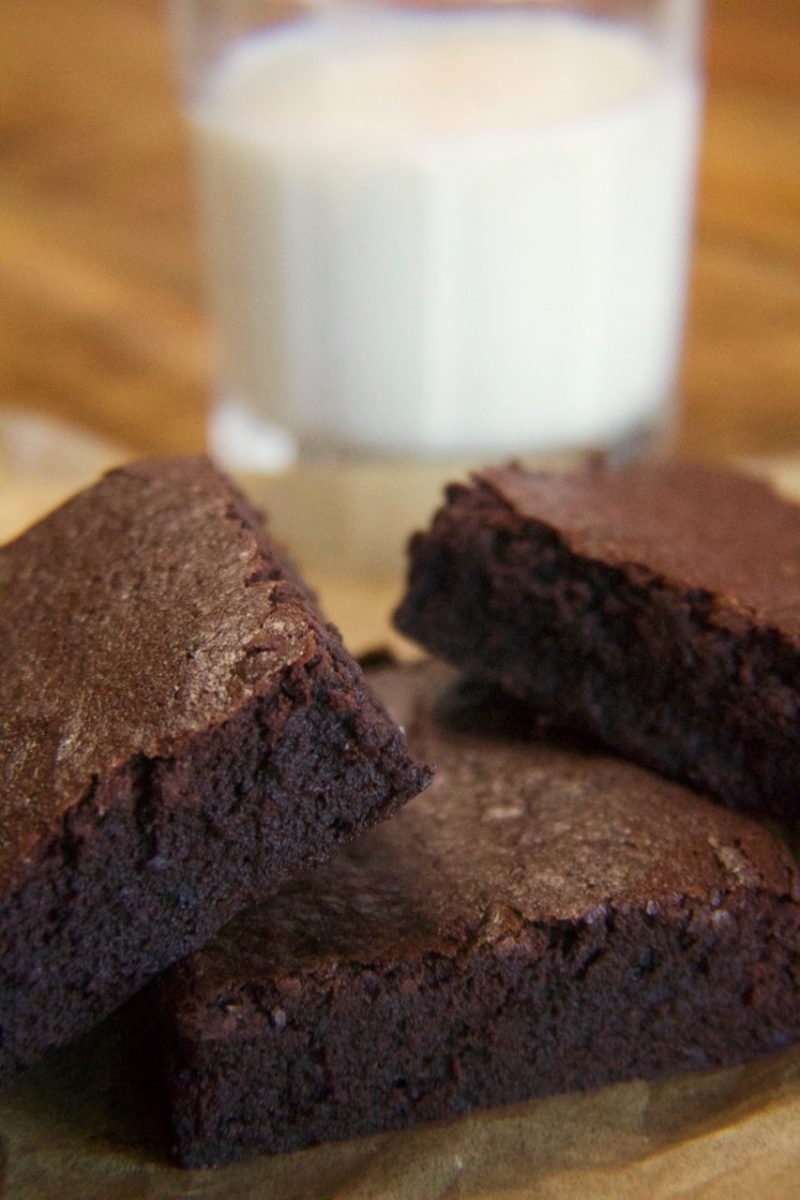 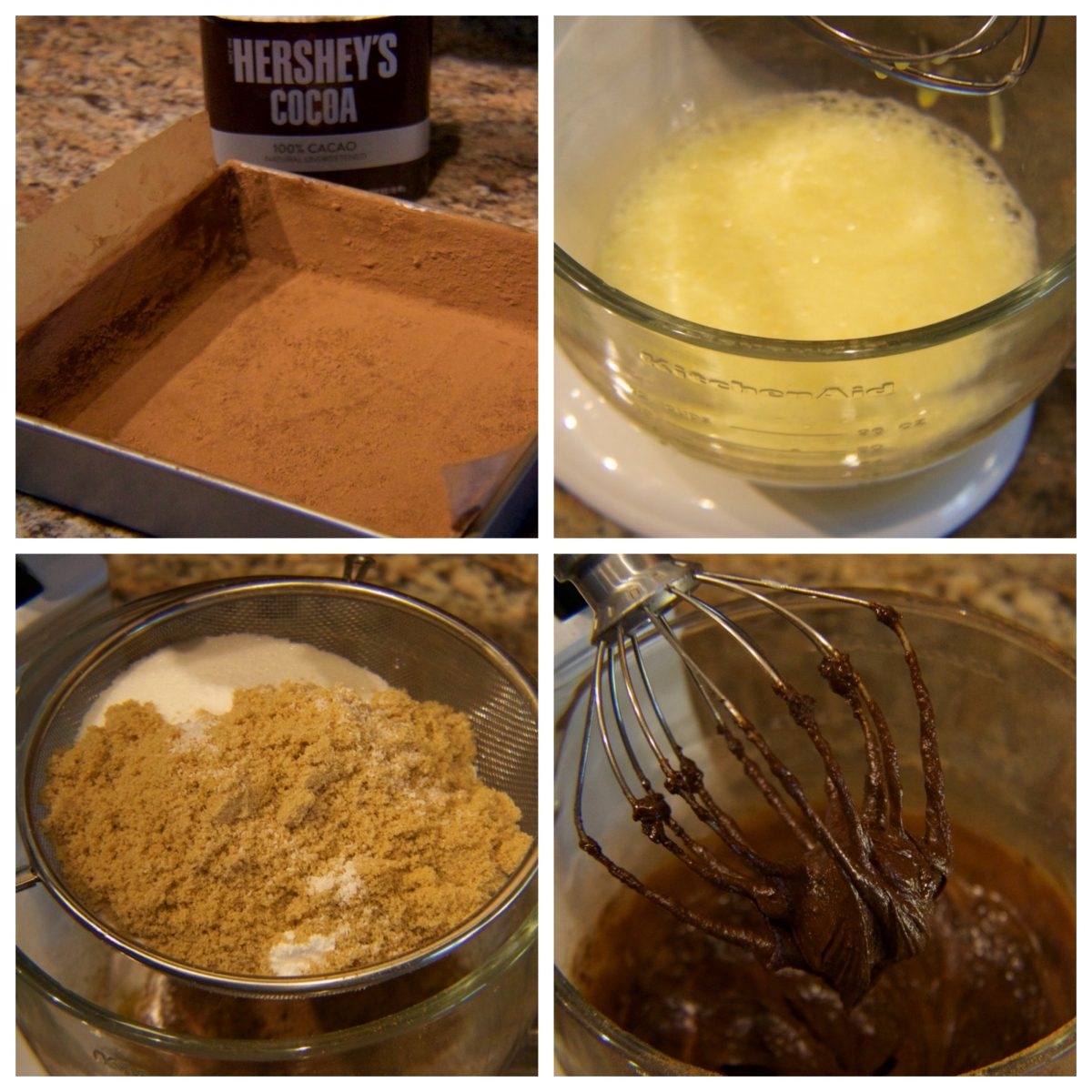 These scrumptious dark fudgy brownies were so easy to make.  All I did was…

What could be easier!!

Let me tell you what makes these brownies so fudgy.  Equal amounts of brown and white sugar are added to the batter versus all white sugar.  Using all white sugar would produce a brownie that was more light and fluffy. Brown sugar contains molasses and produces a moist and chewy texture.  When you combine equal amounts of brown and white sugar you have the perfect balance of both worlds, so to speak, resulting in a thick, fudgy, and dense brownie.  There’s only 1/2 cup of flour added to the batter and no leavening agents.  This also contributes to making the brownies dense and fudgy.  One last thing… the brownies are baked at a low oven temperature of 300 degrees for 45 minutes, instead of the normal baking temperature of 350 degrees for a shorter baking time. The final result? Perfection!!! 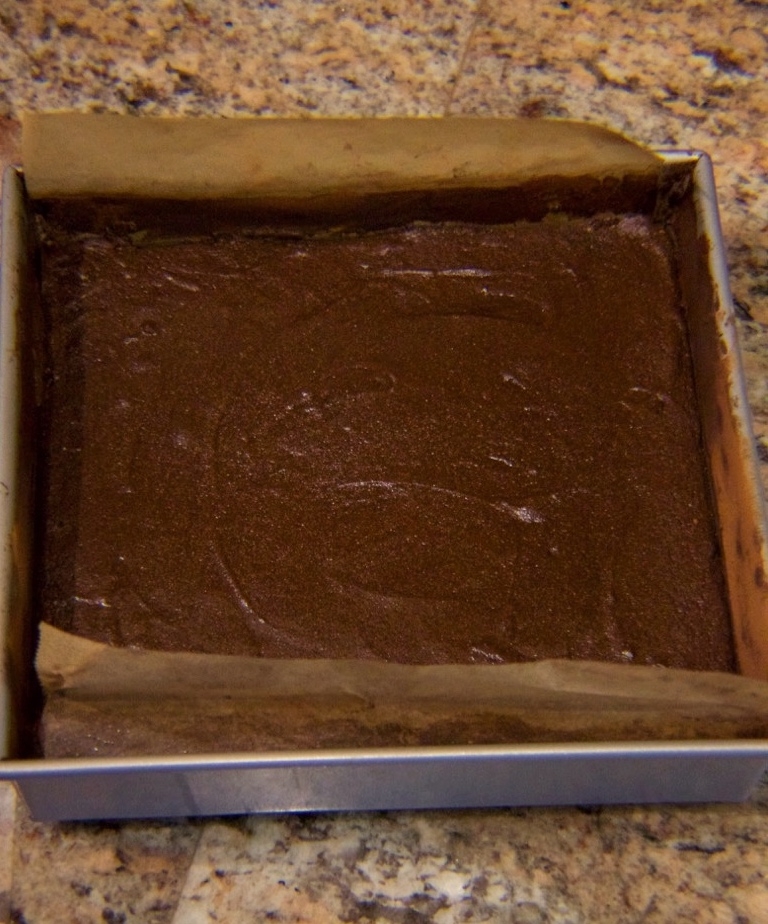 One more thing…When these brownies came out of the oven, I let them rest for about fifteen minutes.  I ran a knife along the two insides of the pan that did not have parchment paper and lifted them straight up and out of the pan onto a counter.  I cut them into nine large brownies using a large pizza cutter.  A large pizza cutter is a great tool for cutting them.  The cutter glides through the brownie, instead of sawing back and forth but you can use a long sharp knife if you don’t have a pizza cutter. 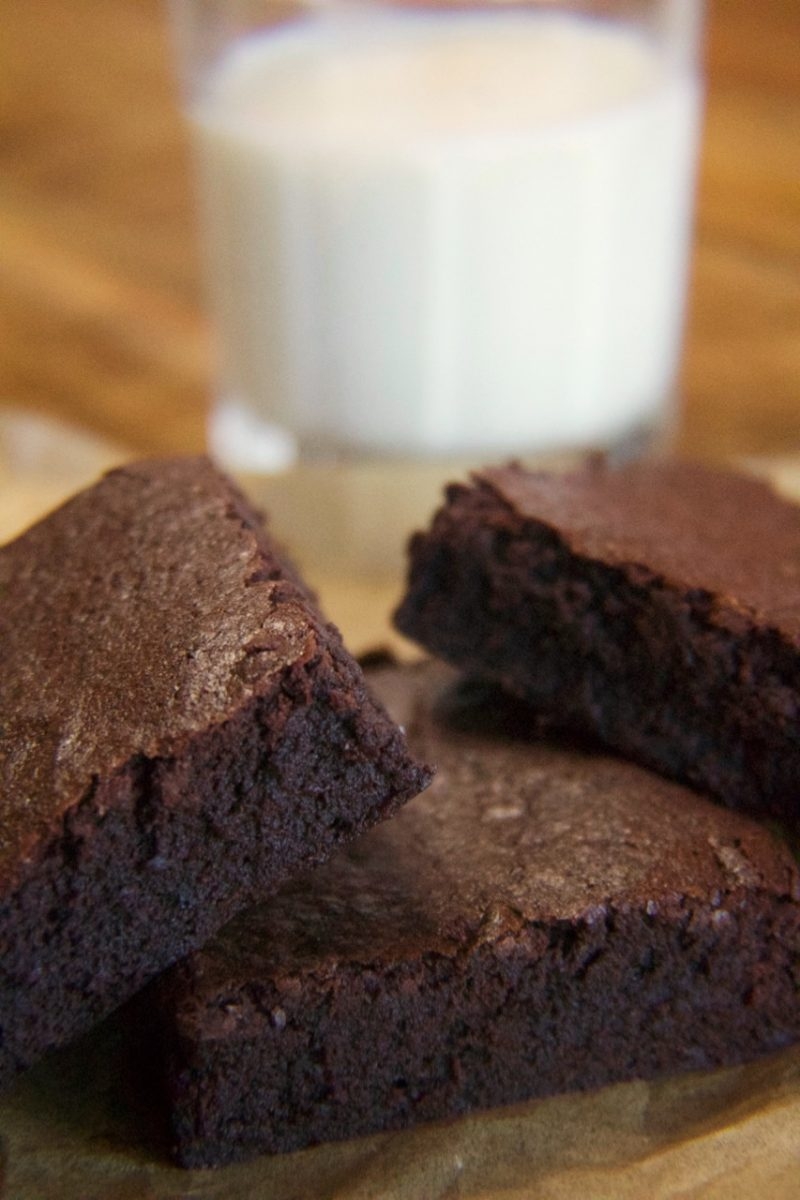 These Perfect Fudgy Cocoa Brownies will be your new favorite fudgy brownies.  Using no leavening agent makes these brownies super dense and eggs give them structure. And the flavor…just pure dark bitter cocoa!  They are a chocolate lover’s dream!!

There may be affiliate links in this post. We are a participant in the Amazon Services LLC Associates Program, an affiliate advertising program designed to provide a means for us to earn fees by linking to Amazon.com and affiliated sites.
Bars/Cookies Desserts Recipes

END_OF_DOCUMENT_TOKEN_TO_BE_REPLACED
©2023 My Country Table. All Rights Reserved. Design by Purr.