These Easy No-Fail Flat Dumplings are soft and tender and they have a secret ingredient that makes them perfect every time.  You’ll be making a double or triple batch of these yummy dumplings! 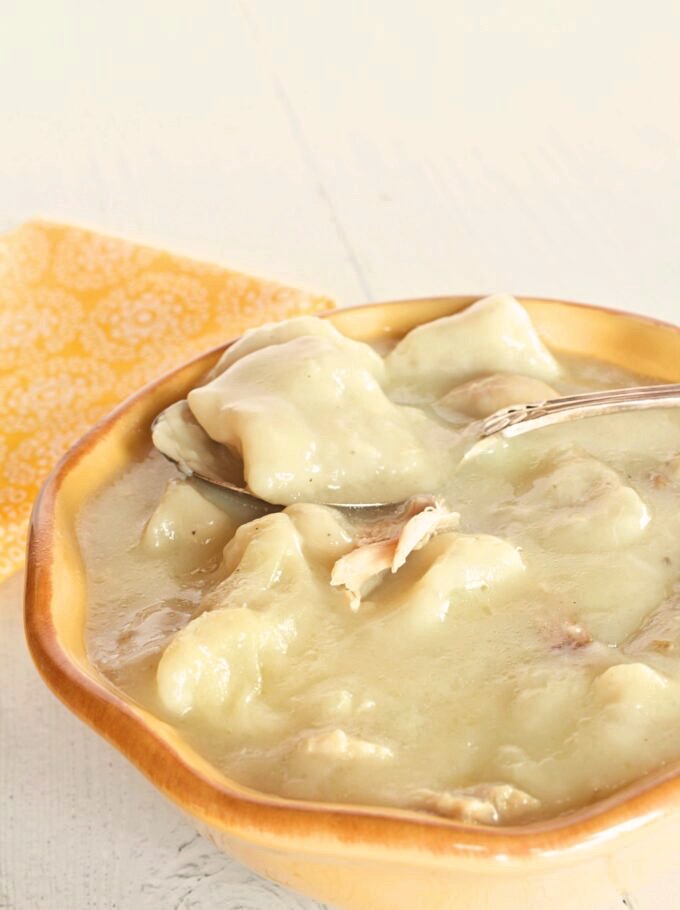 I posted this recipe for Easy No-Fail Flat Dumplings a couple of years ago.  However, I’m reposting it today for two good reasons…I haven’t met a person yet that hasn’t loved these dumplings, and  I also wanted to share this recipe with anyone who thinks they can’t make dumplings.  If you think for a second that you can’t make dumplings, you are so wrong.  You have my word that you cannot flop this recipe.  In fact, you will turn out the most tender, soft, and flavorful dumplings ever!  I promise!!

Allow me to share with you, how to make perfect and easy no-fail flat dumplings that are soft and tender and full of flavor…and oh yes, perfect every time! 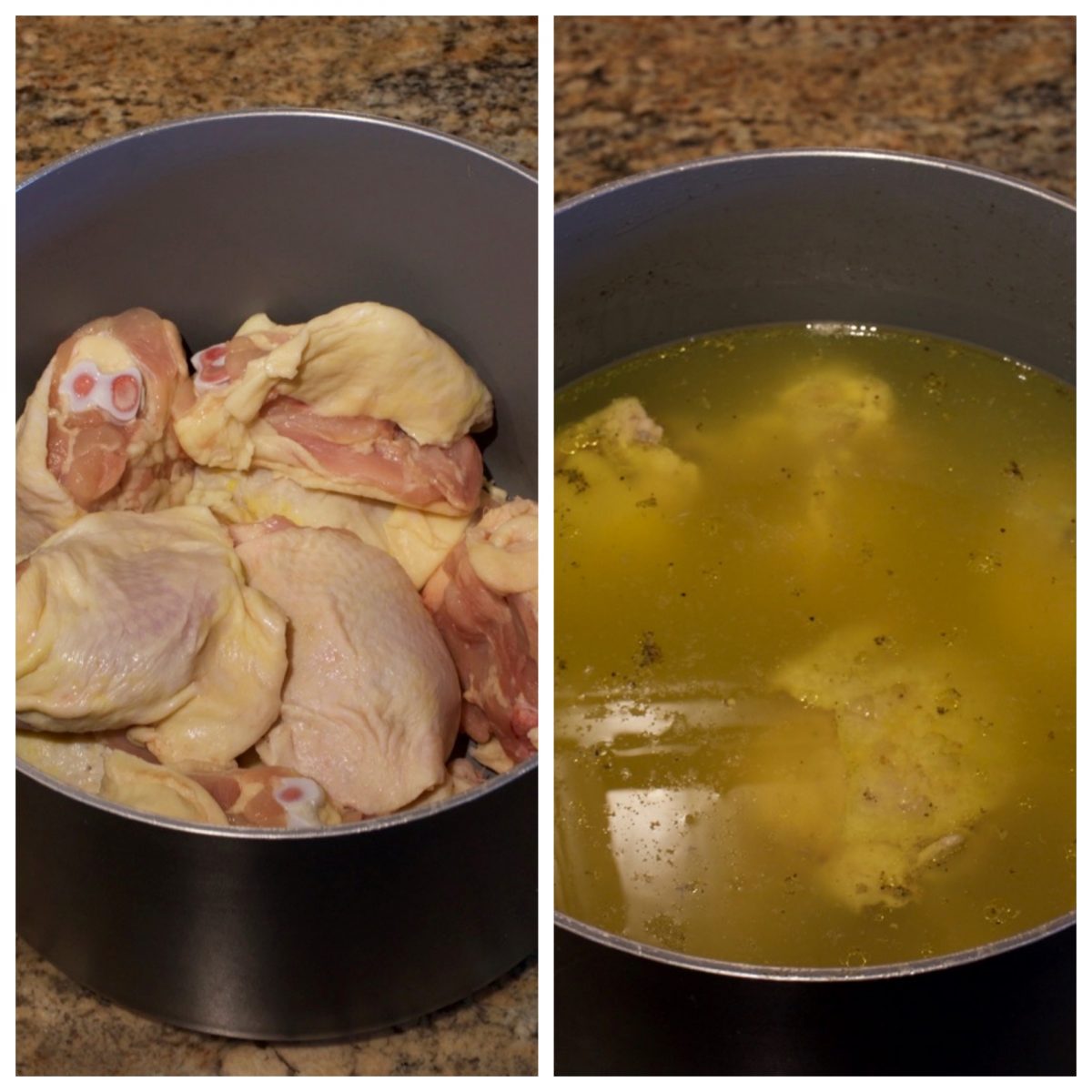 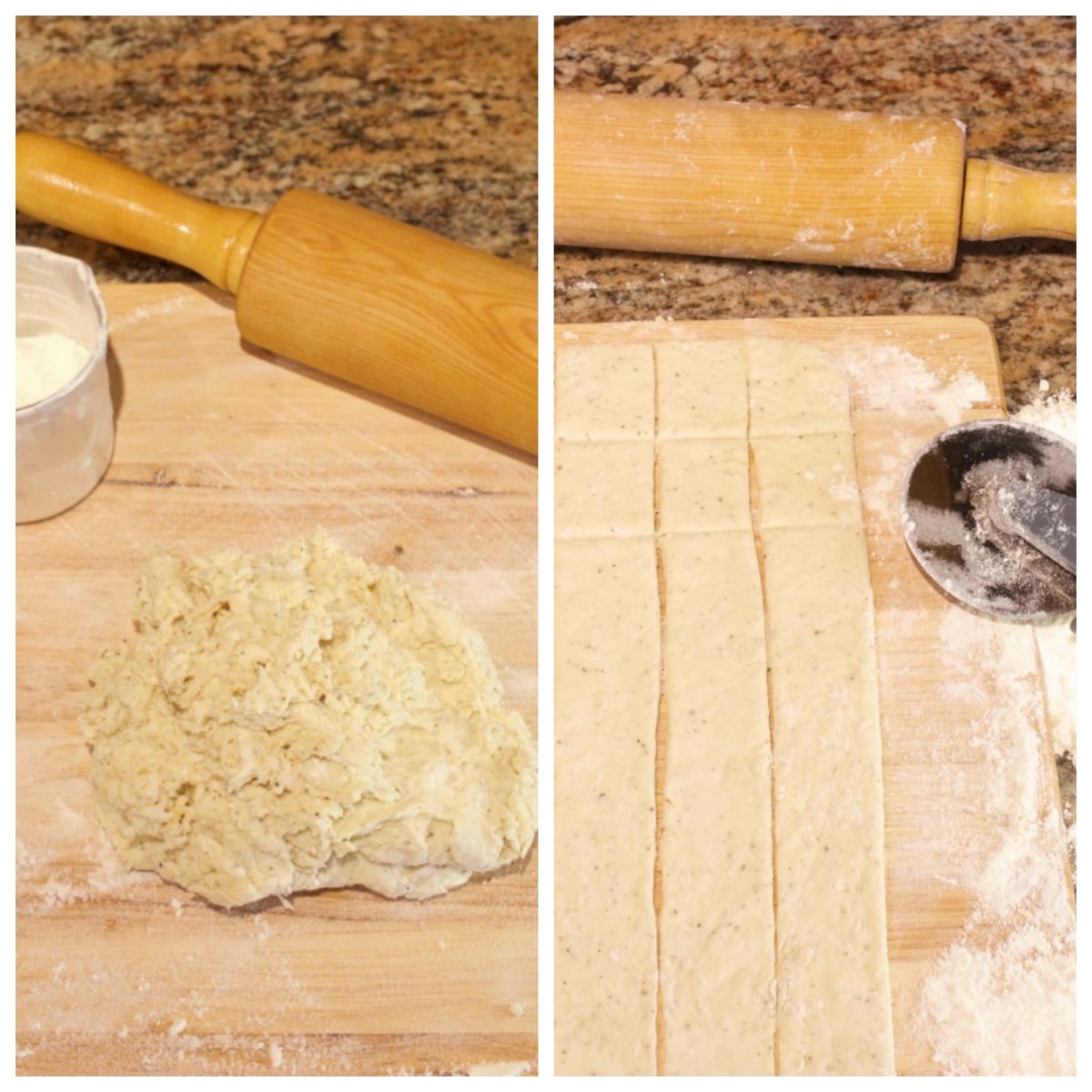 My secret to a tender dumpling!!

Many flat dumpling recipes call for an egg. There is no need for an egg in this recipe and adding chicken broth to the dough gives them flavor.

HOW TO  MAKE A CREAMY WHITE SAUCE

Follow the step below, only if you’re serving the dumplings the same day they are made. If you make them a day in advance, the cornstarch in the white sauce will cause the refrigerated dumplings to be too thick.

Once the dumplings are done and transferred to a bowl, whisk 1/4 cup of cornstarch into a cup of milk and add it to the hot broth.  Stir the broth over medium heat until it has thickened.  This only takes about 2 to 3 minutes.  Remove from heat.  Taste the broth and add additional salt & pepper as needed. If you doubled the recipe, return the dumplings to the pot. Again, if you didn’t double the recipe, there is no need to remove the dumplings from the pot before adding the white sauce. If you’re making these dumplings the day before you plan to serve them, don’t make the white sauce. Simply add some milk when you reheat them.

Chicken and Fluffy Dumplings with Gravy

These Easy No-Fail Flat Dumplings are soft and tender and they have a secret ingredient that makes them perfect every time.  You’ll be making a double or triple batch of these yummy dumplings!

Once dumplings are refrigerated, they will soak up more of the broth.  To reheat the following day, add a little bit of canned chicken broth or milk to the dumplings before heating.  Place over medium-low heat and gently mix frequently with a large spoon until the broth has thinned. If you plan to make the dumplings the day before serving them, don’t make the white sauce. The cornstarch in the white sauce will cause the cold dumplings to thicken too much.

END_OF_DOCUMENT_TOKEN_TO_BE_REPLACED
©2023 My Country Table. All Rights Reserved. Design by Purr.