These homemade Chicken & Fluffy Dumplings With Gravy are made with tender cooked chicken, large fluffy dumplings, and a full-flavored thick gravy.  So filling and satisfying, this is the best of comfort food! 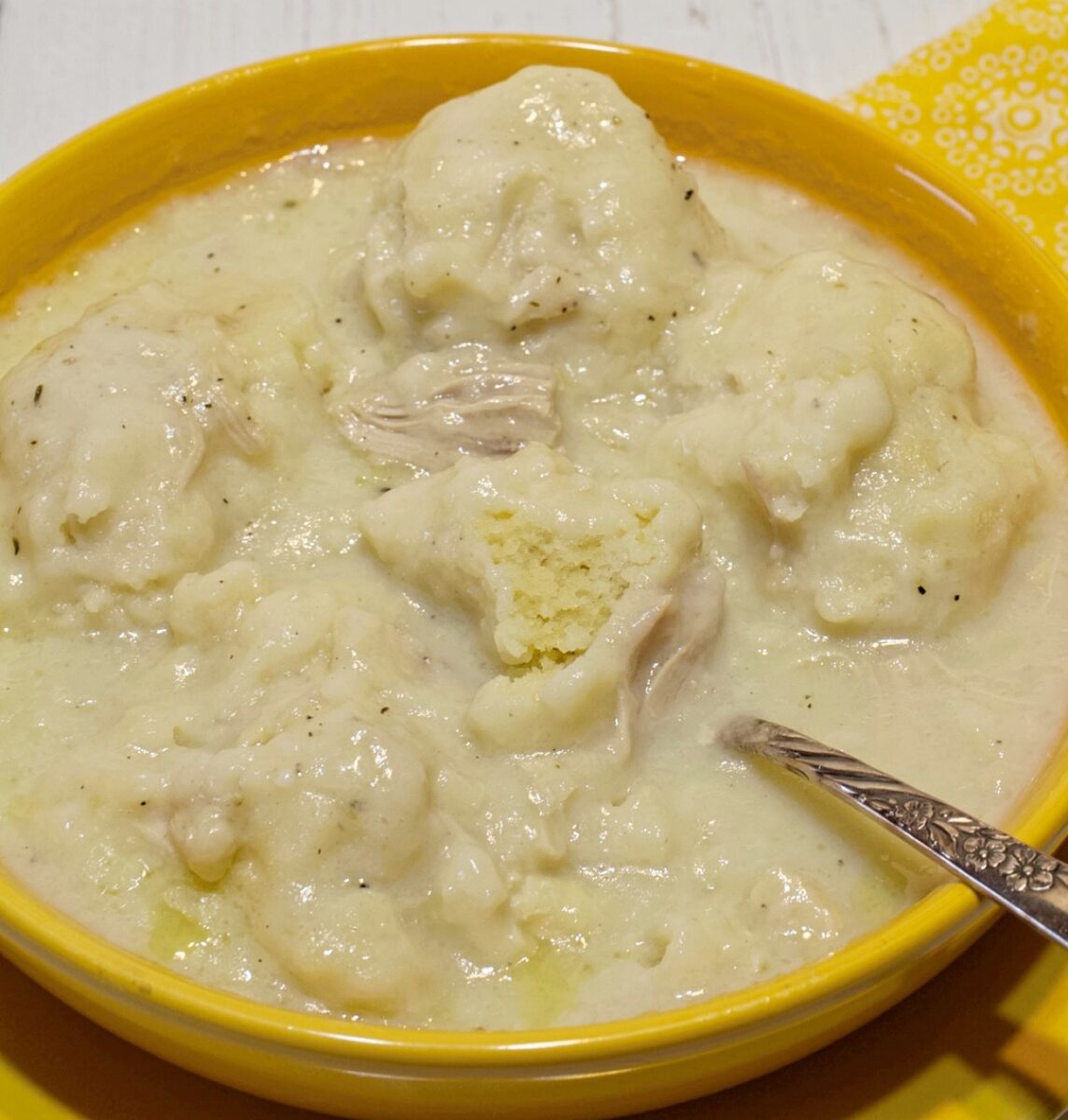 Growing up, when my mom made chicken and fluffy dumplings, I loved the dumplings but my favorite thing was the creamy thick gravy.  After I ate the dumplings I would take a slice of bread to sop up and eat the remaining gravy. 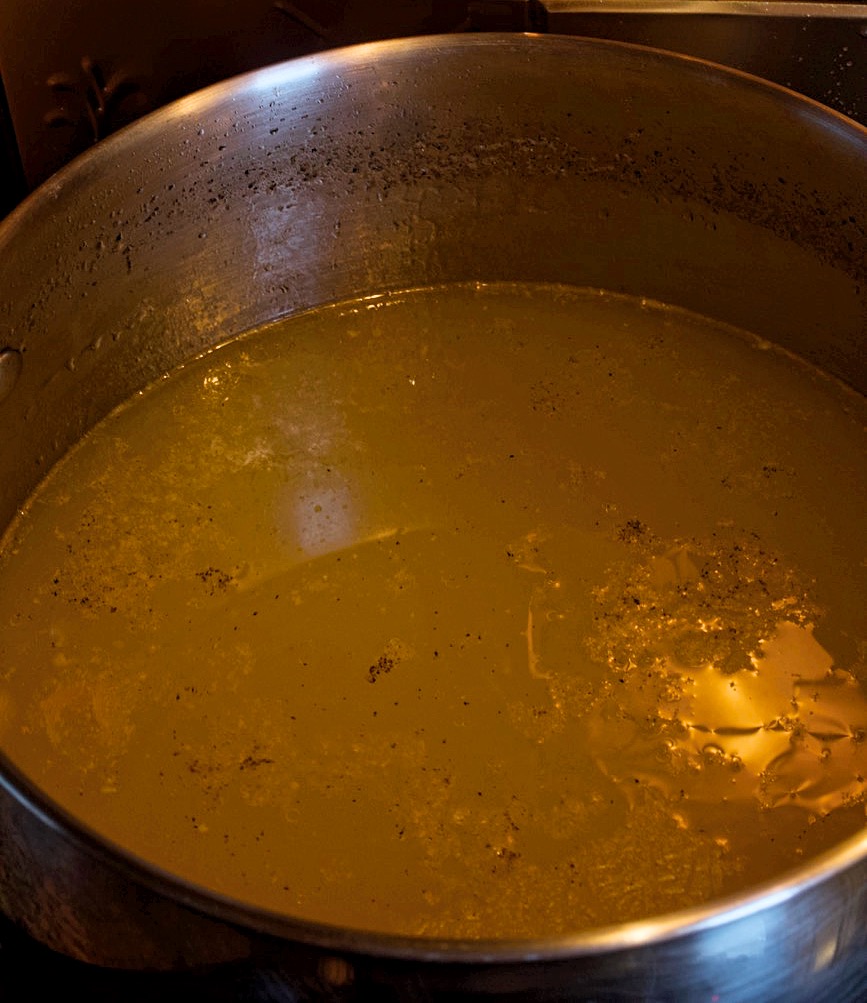 A good pot of chicken and dumplings starts with a pot of rich flavorful chicken broth or stock.  I make a rich broth.  Here are my tips for the broth… 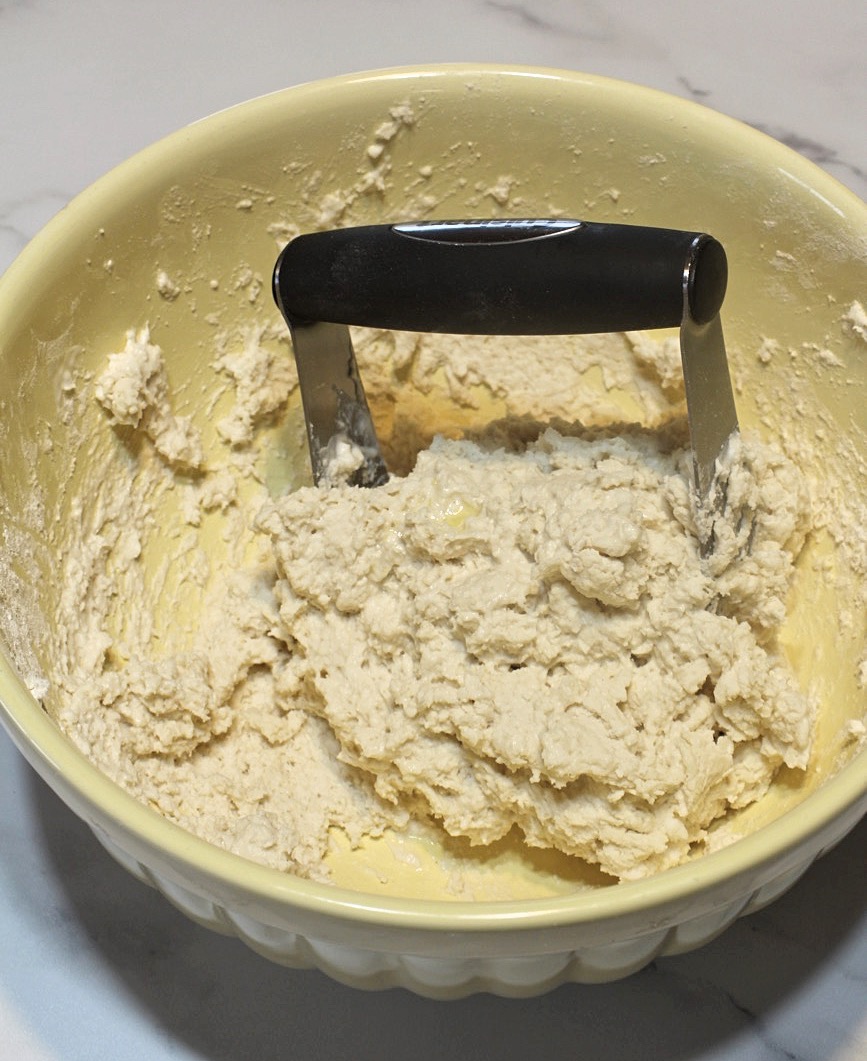 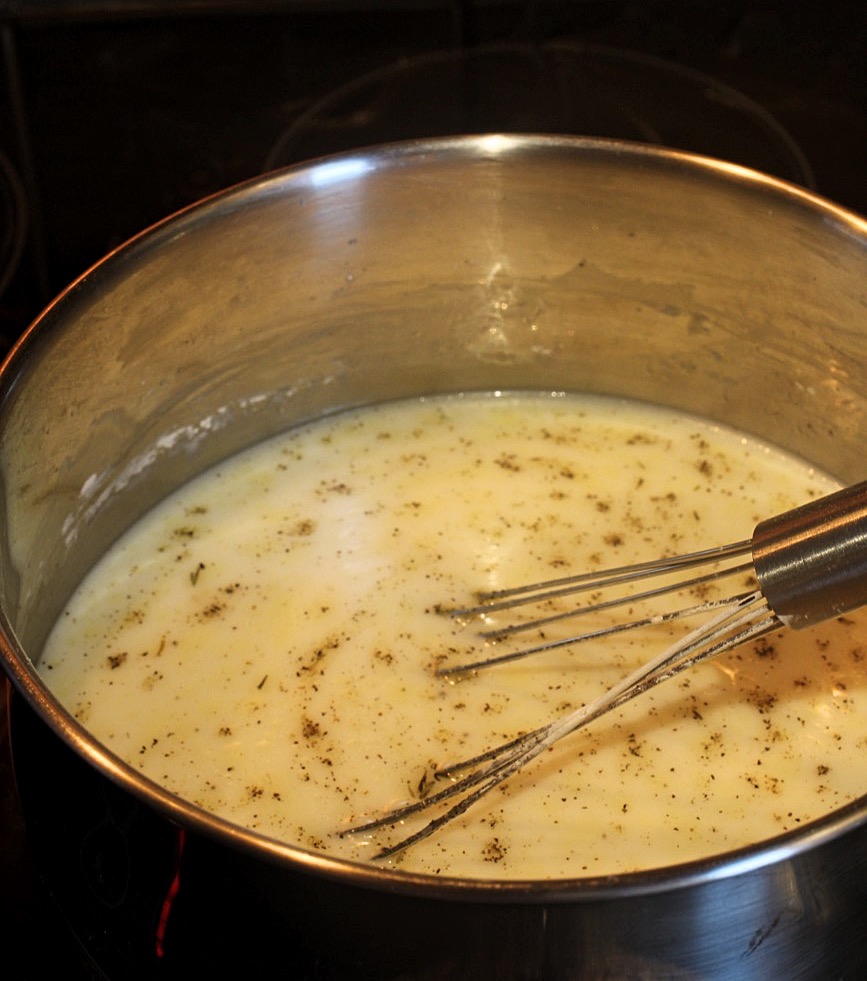 Dumplings are made with lots of flour.  Therefore, once they’re cooked in hot broth, the flour from the dumplings helps to slightly thicken the broth.  And if you’re happy with a broth that is just slightly thickened, and I say slightly, that’s fine.  However, if you’re like me and you like a thick, creamy gravy that covers and sticks to the dumplings, then you’re in the right place.

My #1 tip for making a creamy thick gravy is to make the gravy separate from the dumplings and add it back to the pot of dumplings!  Just like the dumplings, the gravy needs some of that rich chicken broth.  The gravy is super easy to make and is perfectly creamy and flavorful.  The gravy is made with milk, chicken broth from the pot, and also cornstarch for thickening.  It takes about 10 minutes to make and once it’s done, it gets added back to the pot of broth.  It’s super easy!

I make this type of gravy frequently to go with turkey.  It’s so simple.  I typically use a ratio of 1 tablespoon of cornstarch, per cup of liquid.  For this recipe, I added a little more cornstarch because I knew I was going to add it back to the pot of remaining broth, which would thin it back down some. 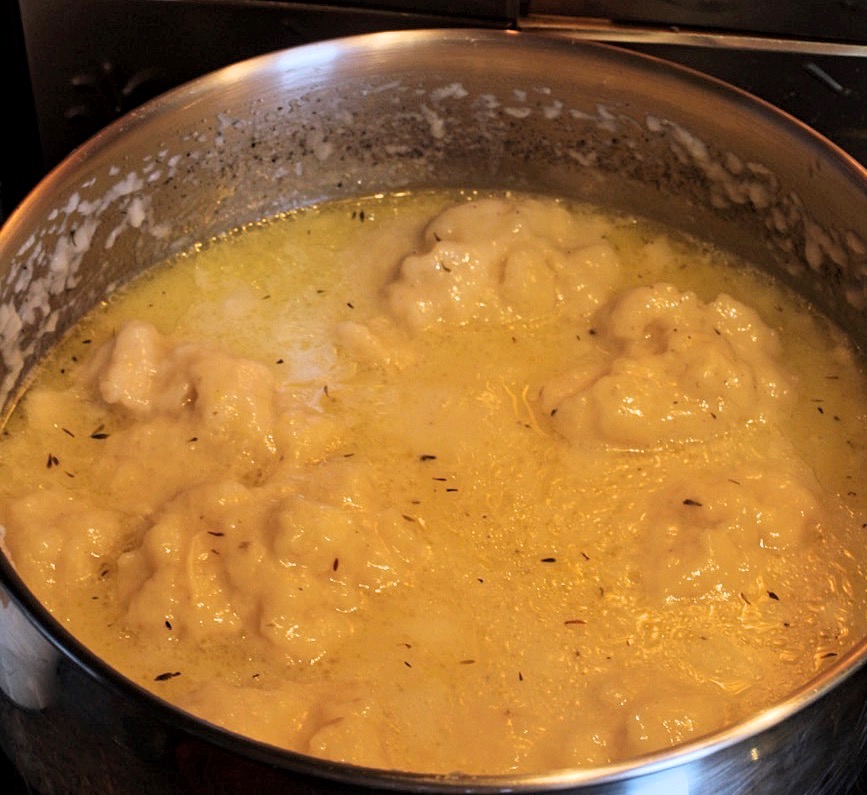 If you like to add carrots, celery, peas, or other vegetables to your dumplings, I suggest dicing them small and sautéing them in some butter in a skillet until tender, then adding them to the pot of broth. 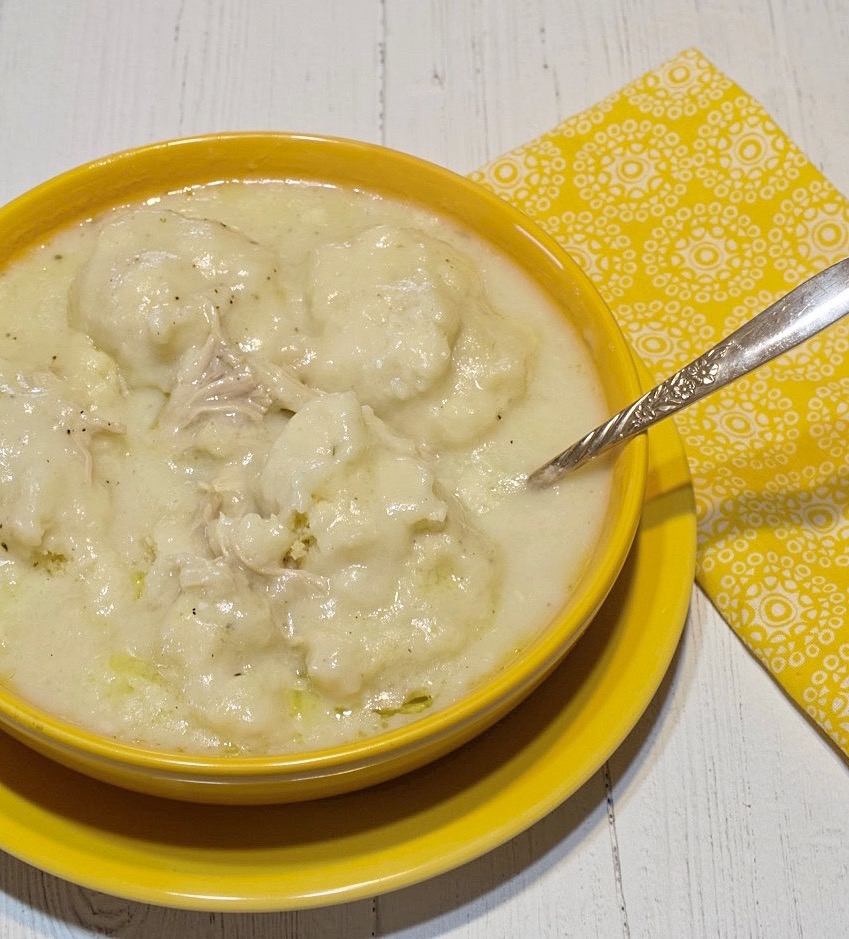 Check out these other great chicken recipes…

These homemade Chicken & Fluffy Dumplings With Gravy are made with tender cooked chicken, large fluffy dumplings, and a full-flavored thick gravy.  So filling and satisfying, this is the best of comfort food!

END_OF_DOCUMENT_TOKEN_TO_BE_REPLACED
©2023 My Country Table. All Rights Reserved. Design by Purr.