These Chocolate Peanut Butter Hi-Hat Cupcakes are to die for!  Can’t you just imagine biting through a bittersweet shell of chocolate until you reach a creamy peanut buttery surprise inside and all of this goodness is piled high on top of a moist dark chocolate cupcake? 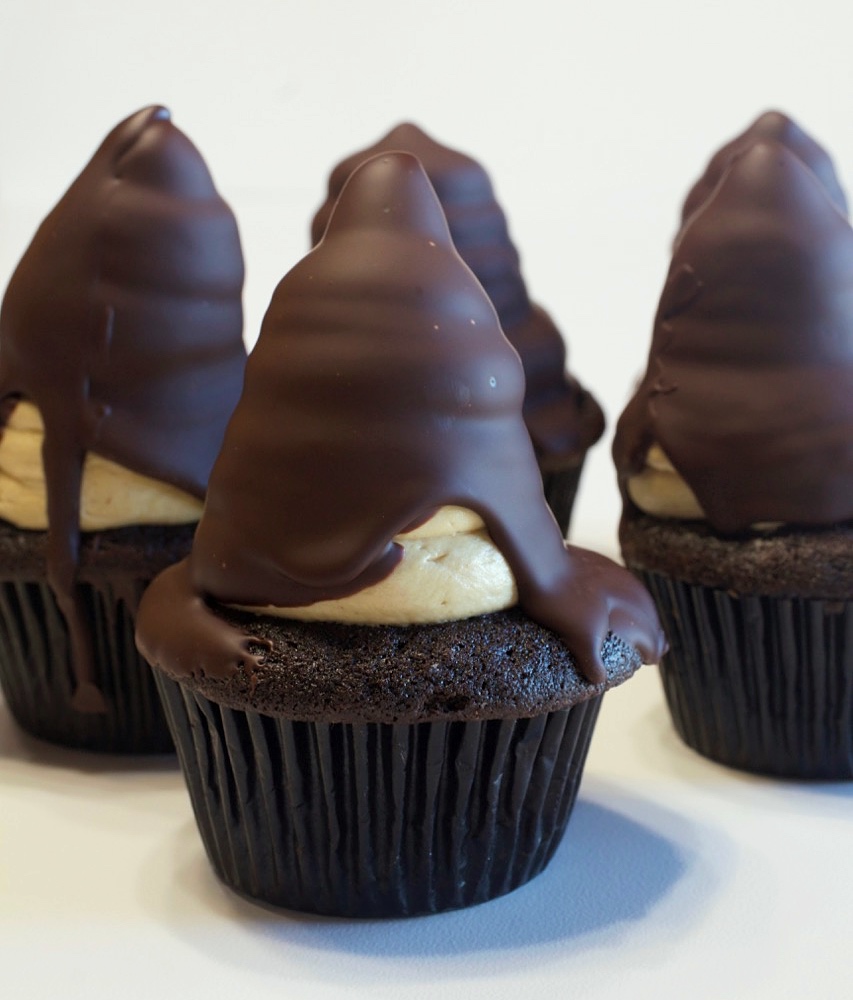 Have you ever gone to the Dairy Queen and ordered a soft-serve ice cream cone that has that high mounded swirled vanilla ice cream on top that’s been dipped in a hard chocolate shell?  My favorite!!

Well, the original hi-hat cupcake was topped with a high mounded swirled vanilla meringue and dipped in a chocolate shell.  It was meant to mock that wonderful soft-serve ice cream cone.  Nowadays, hi-hat cupcakes are made in an assortment of flavors, like this chocolate-peanut butter version.

These Chocolate Peanut Butter Hi-Hat Cupcakes might look hard to make but they really aren’t.

Let’s talk about the creamy peanut butter buttercream, and what makes it so fluffy and light, almost resembling that soft-serve ice cream. 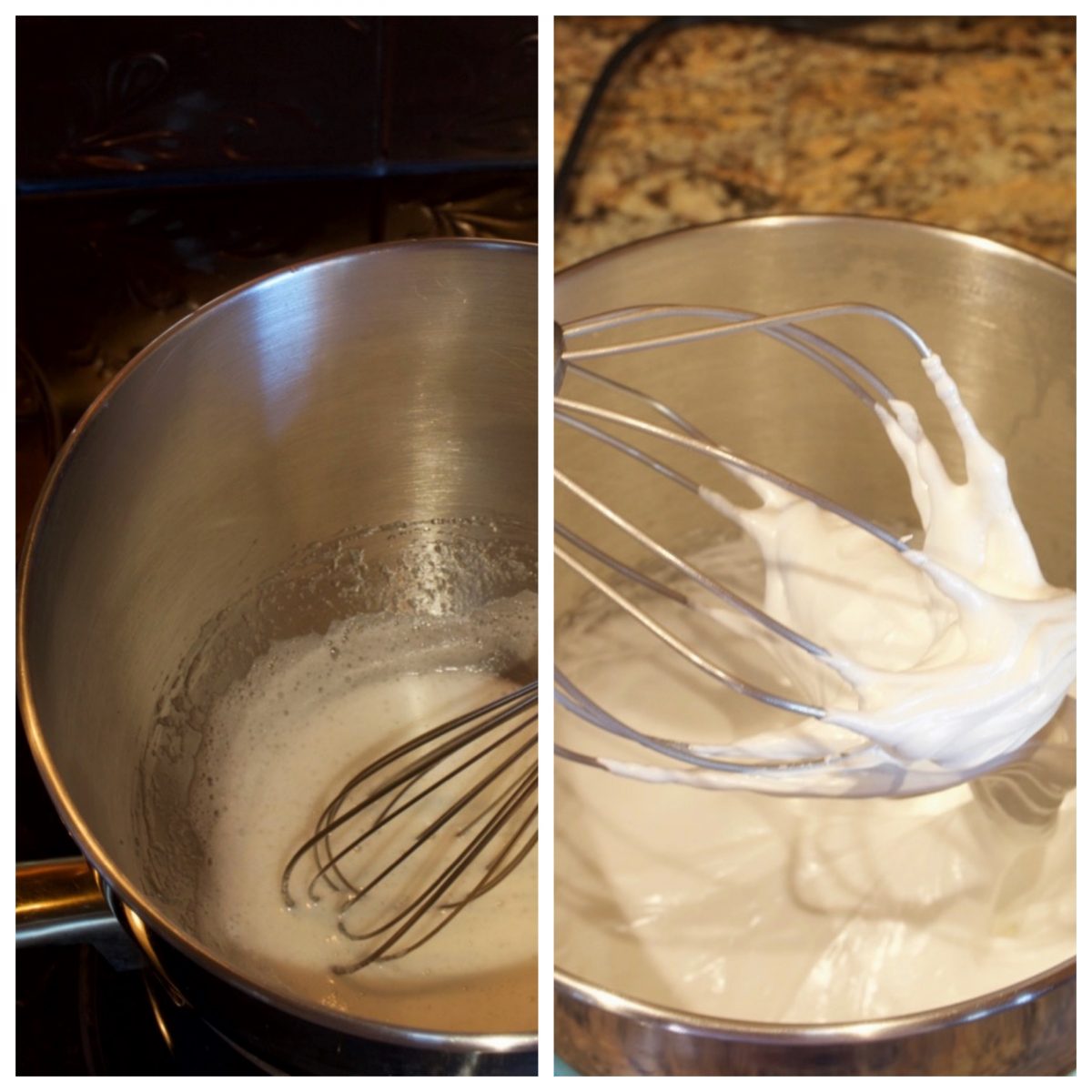 What’s the secret here?  None other than homemade meringue.  Yep!   The meringue is easy too. 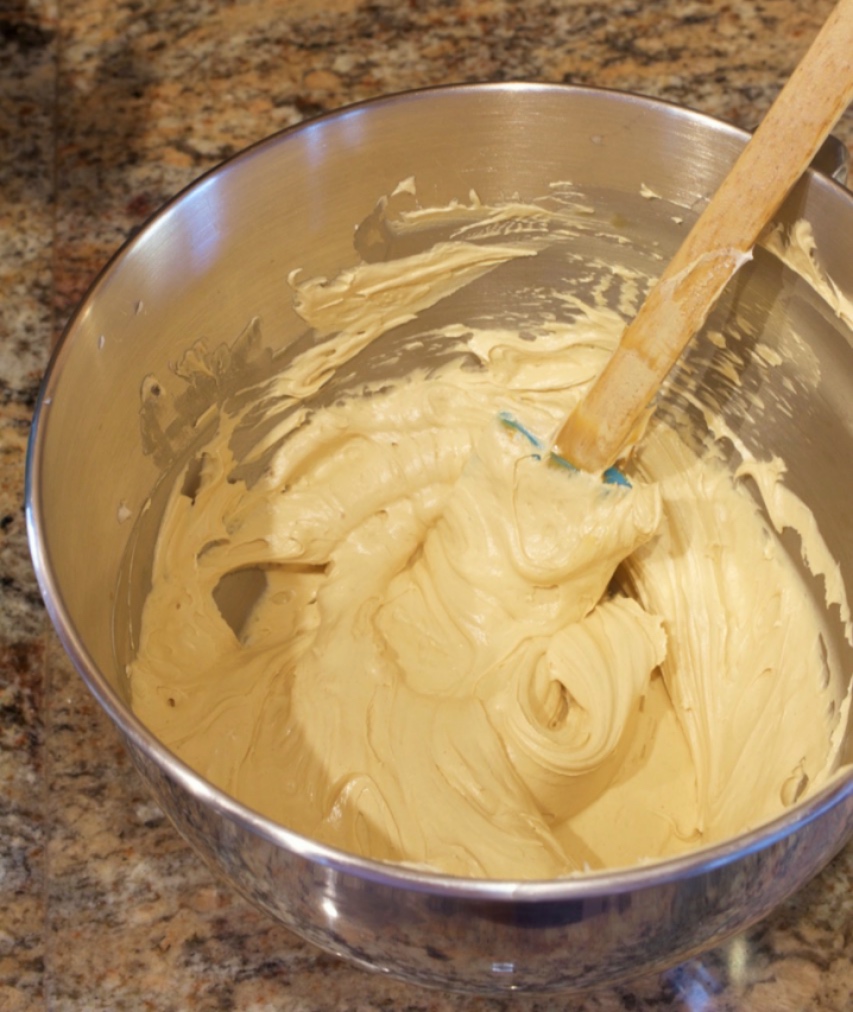 Now for the cupcakes… 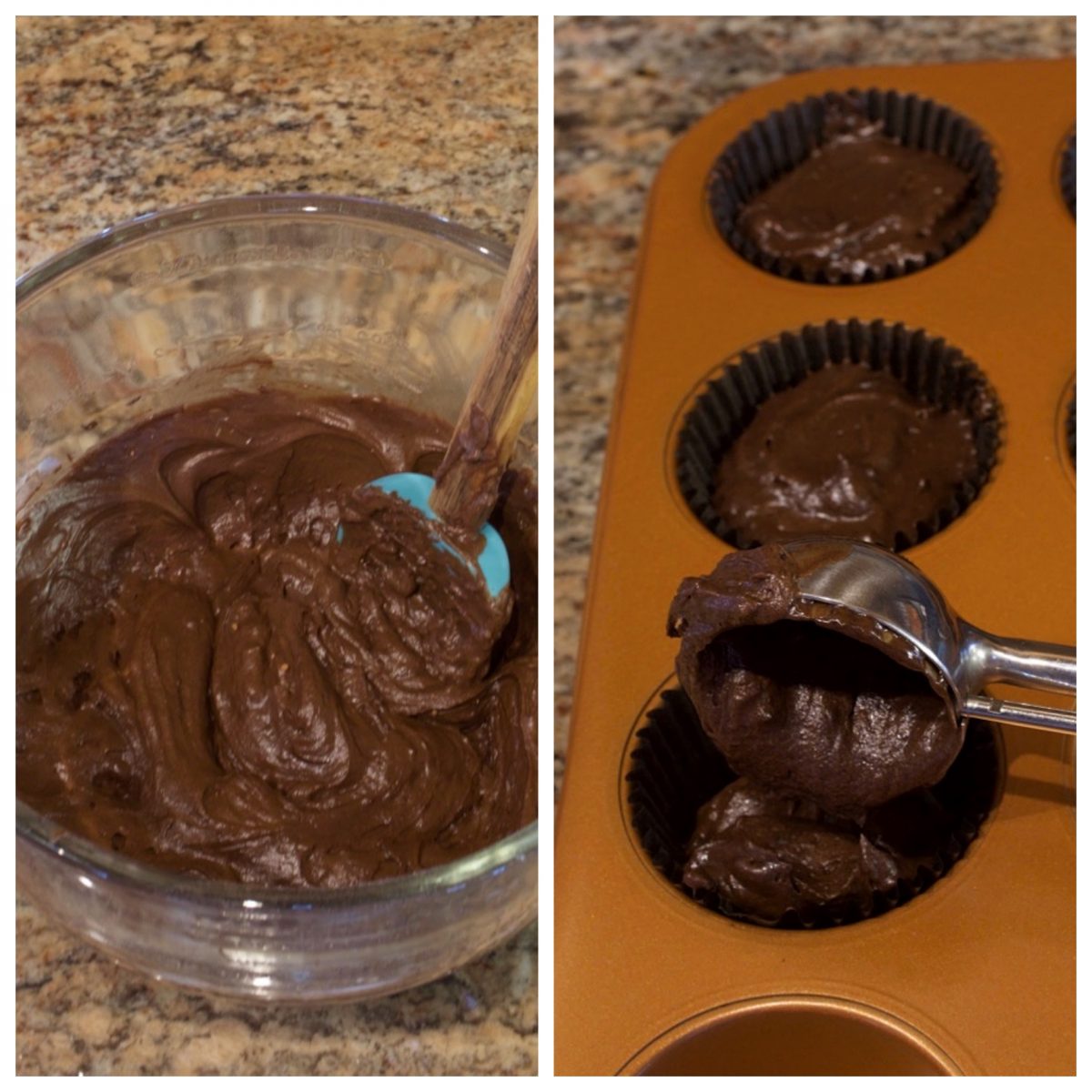 The cupcakes are super simple to make and they are super moist and delicious!  The tip here is to not overfill the cupcake liners.  I fill them about 2/3 full.  Any fuller and you will have muffin tops on the cupcakes that easily break off. 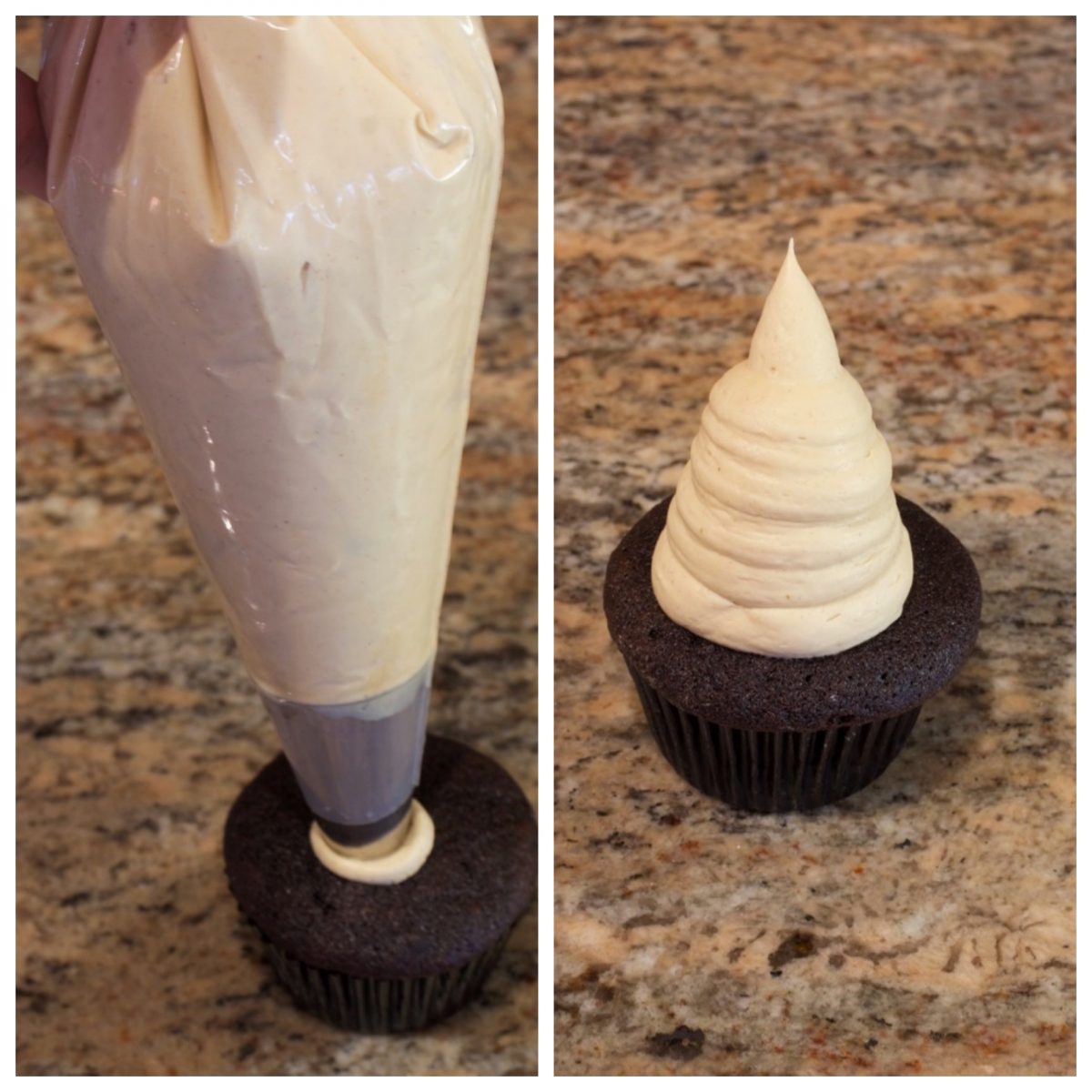 Note:  The frosting gets refrigerated for a few minutes before it gets piped onto the cupcakes and again after piping it onto the cupcakes.  This is imperative so it will hold its shape when dipped into the chocolate shell, and please forgive me for forgetting to take a picture of the dipping process.  Just make sure you use a small deep bowl or coffee cup for dipping. 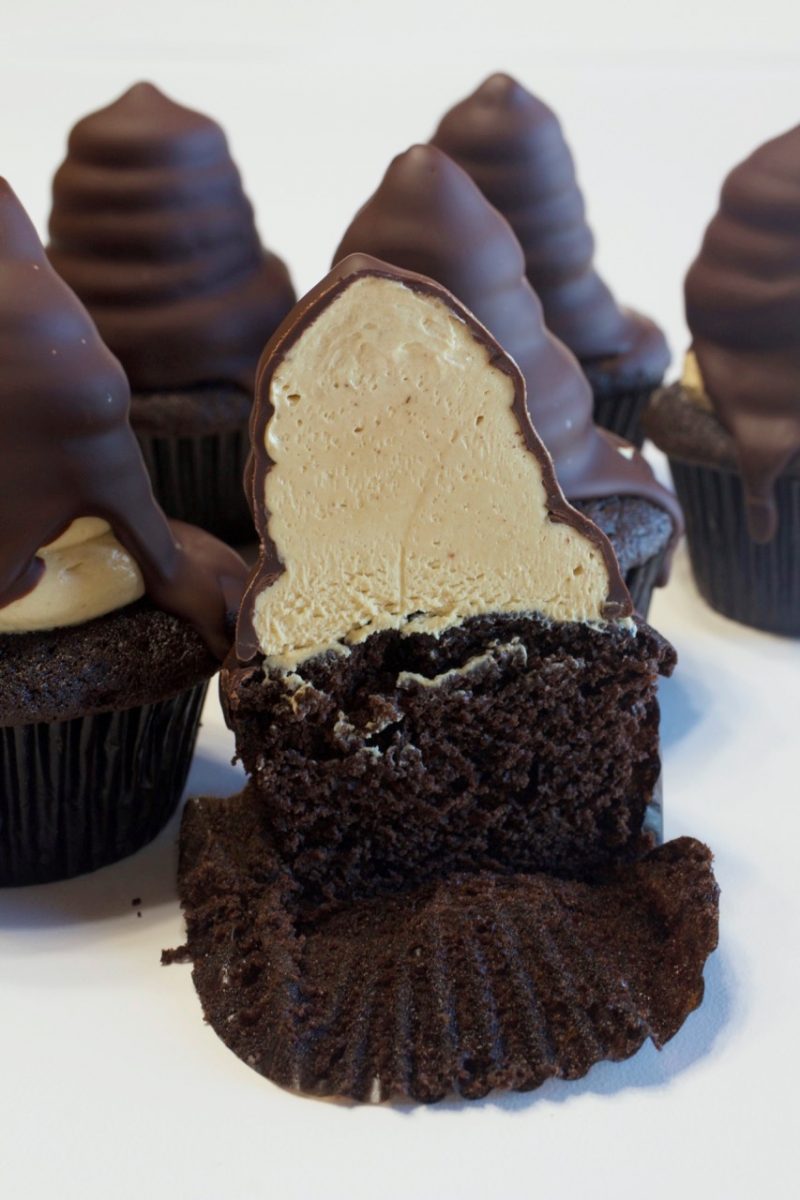 These Chocolate Peanut Butter Hi-Hat Cupcakes are topped with a silky smooth peanut butter meringue then dipped in a dark bittersweet chocolate coating, just like a soft-serve ice cream cone at a dairy bar.

For the Chocolate Cupcakes

For the Peanut Butter Meringue

For the Chocolate Coating

For the Chocolate Cupcakes

For the Peanut Butter Meringue

For the Chocolate Coating

These cupcakes are great served cold.