These scrumptious Pumpkin Spice Cupcakes with Cinnamon Cream Cheese Buttercream are warmly spiced and scream Fall. Sugared buttery pecans are an added bonus on top of these soft and delicious cupcakes. 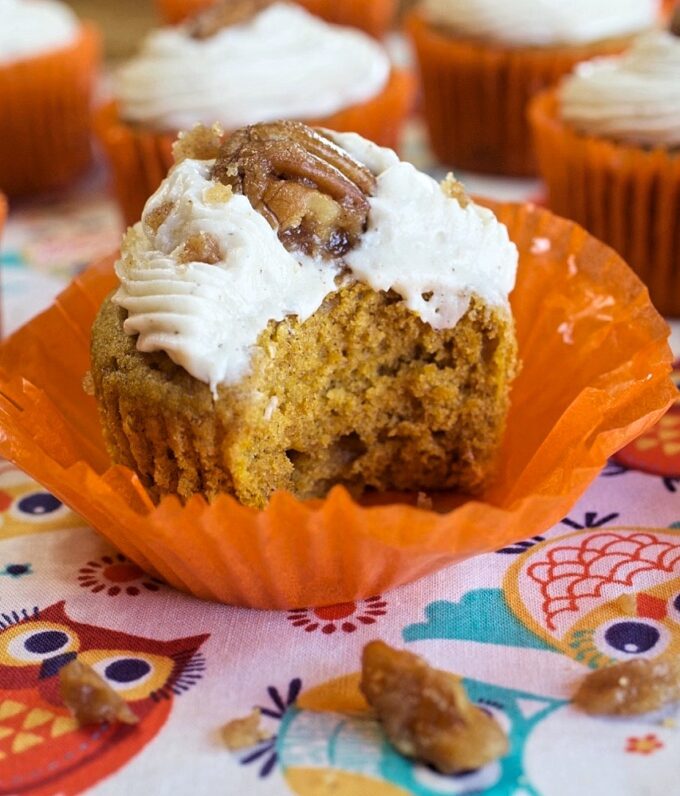 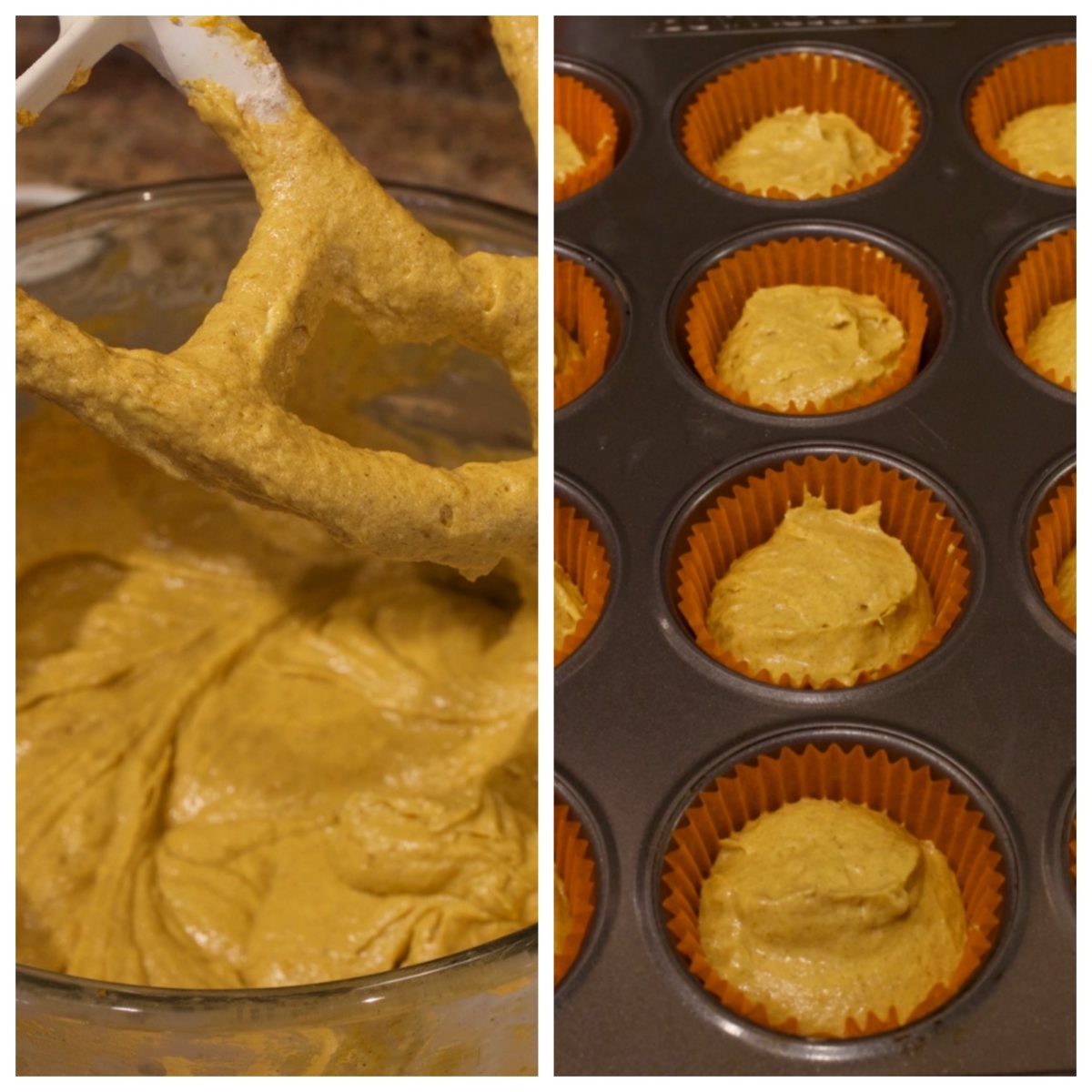 When I decided to make these Pumpkin Spice Cupcakes, I really didn’t have Thanksgiving in mind, but the prelude to that special Holiday…Fall.  In my kitchen, anything pumpkin has to have the perfect amount of warm spices in it.  Just enough for a warm spice touch, yet not overbearing.  I hate to bite into a scrumptious looking piece of pumpkin dessert just to be disappointed with an overbearing taste of Cloves.  A pinch of Cloves goes a long way.  For this recipe, I wanted to come up with a moist cupcake, full of pumpkin flavor and just a touch of warm spices.  After all, I do want to know that I’m eating pumpkin. 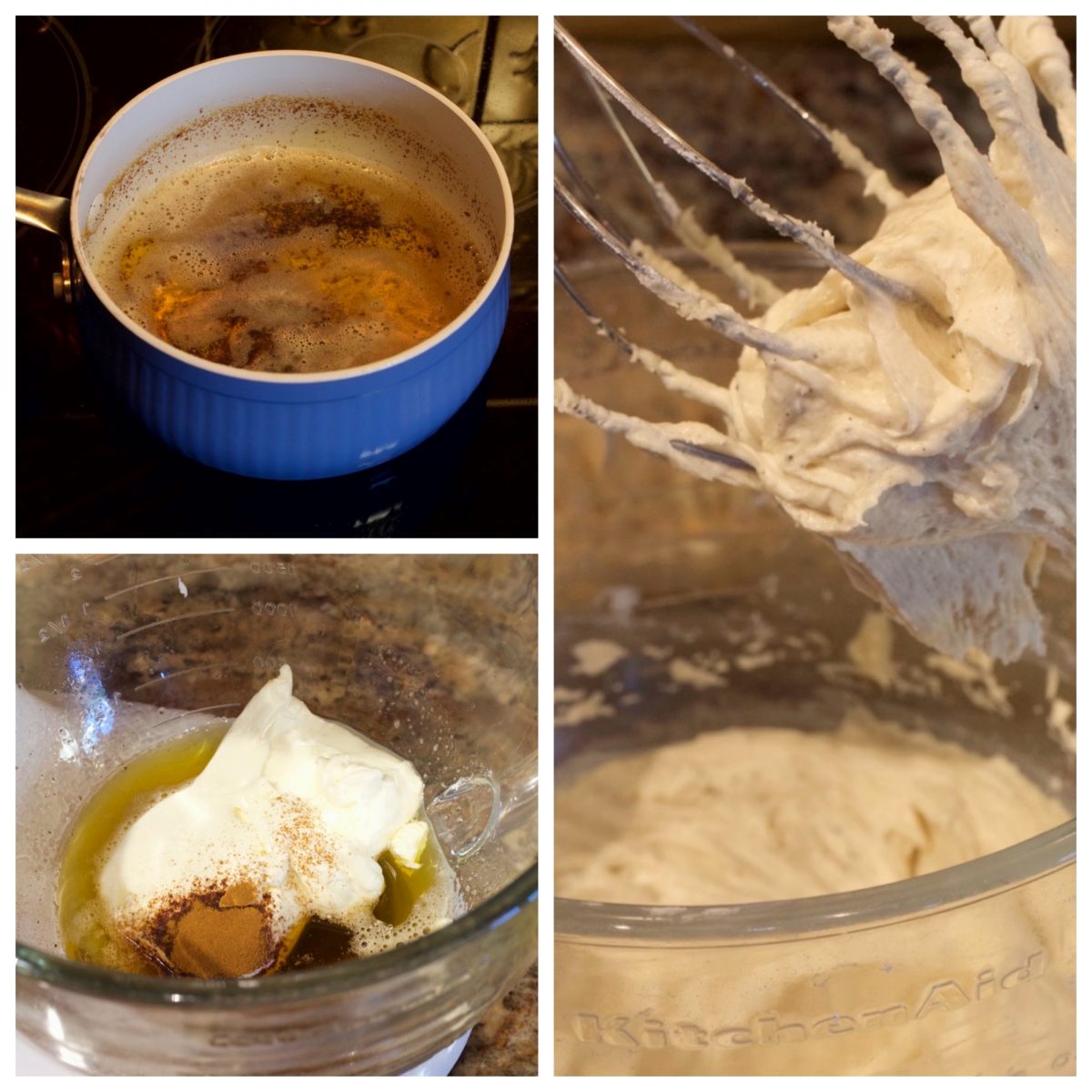 Now let’s talk about frosting.  I wanted a frosting that also gave me just a hint of warm spice along with a hint of nuttiness.  This was easy.  I melted and browned some butter to bring out a buttery but slightly nutty taste.  I added the butter to whipped cream cheese and powdered sugar, then I tossed in some cinnamon to warm things up. 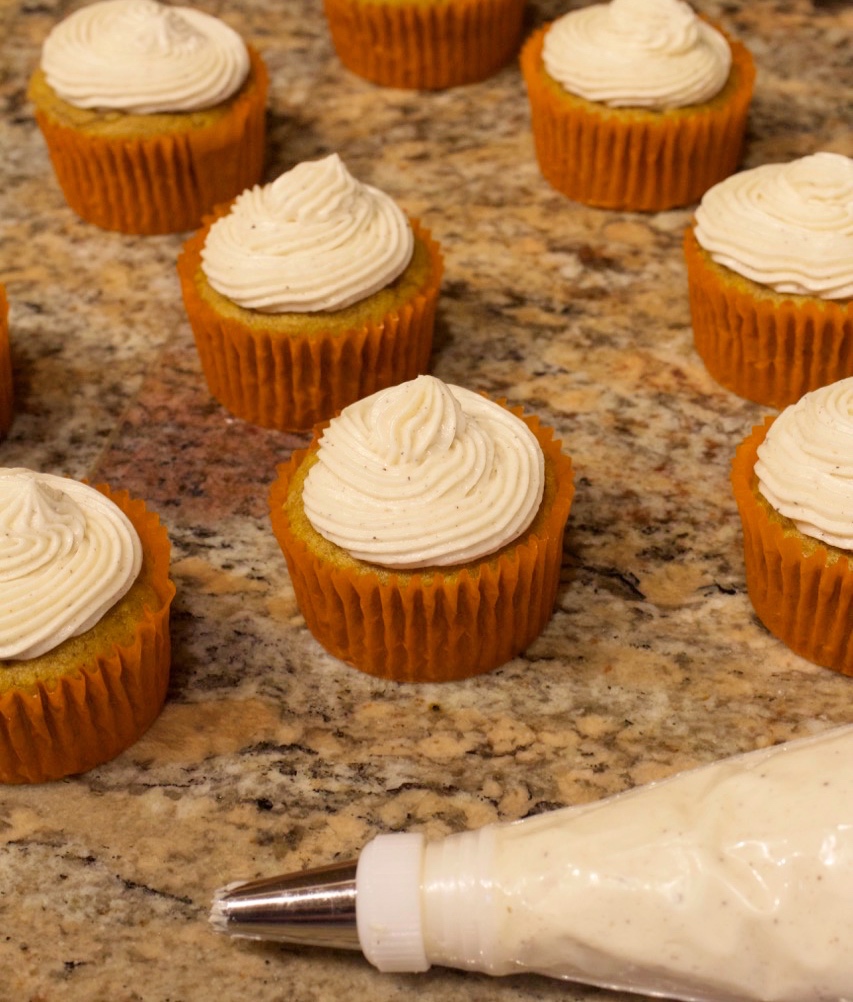 I piped just enough Cinnamon Buttercream on each cupcake to make it proportionate to the cupcake itself.  I didn’t want to go overkill on this rich buttercream.  I wanted an equal proportion of cupcake and buttercream in each bite.  In other words, I wanted to taste the pumpkin. 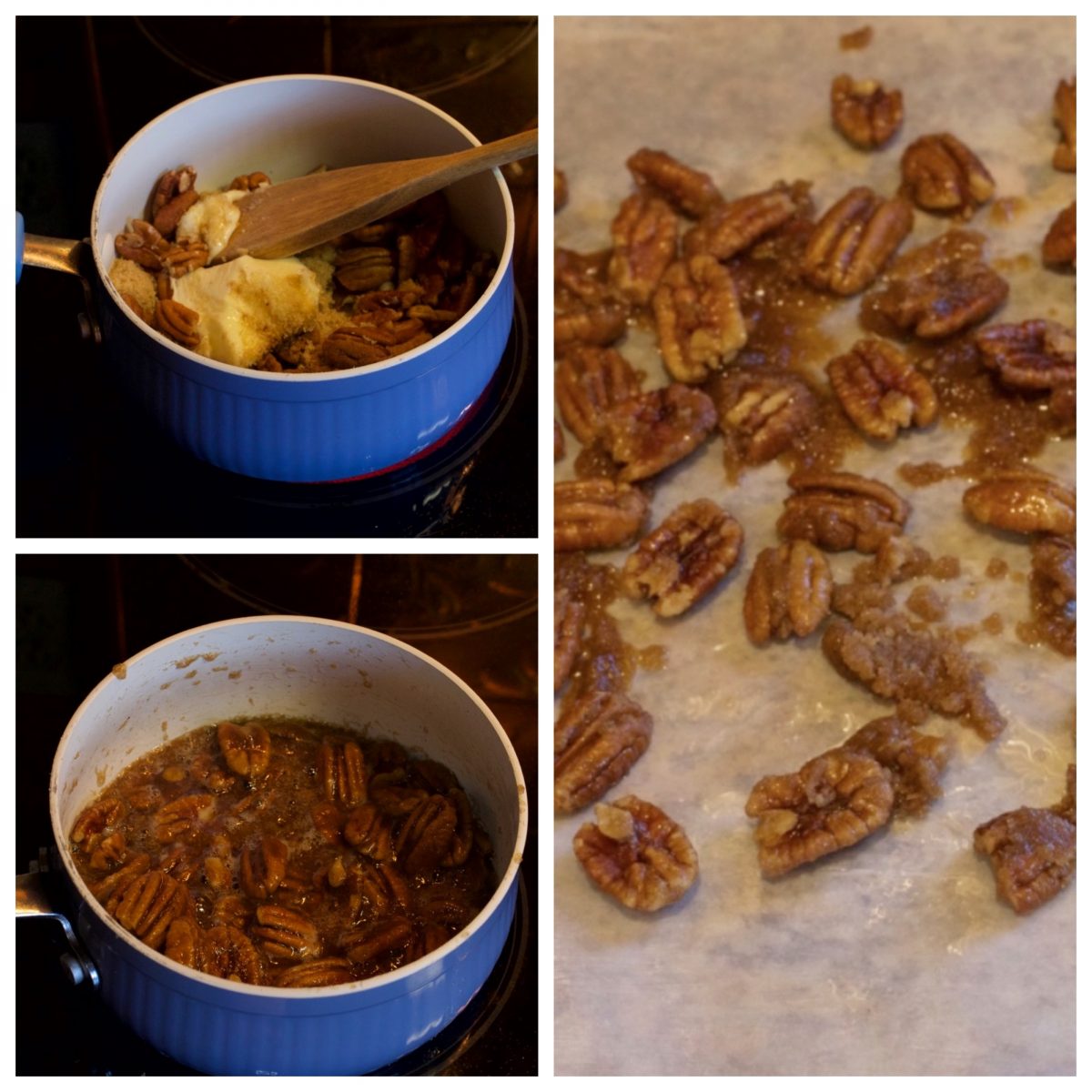 But wait, I wasn’t finished yet.  I also wanted to add some additional nuttiness to the buttercream, so what else but pecans toasted in some brown sugar and browned butter.   This was an added bonus to these already scrumptious Pumpkin Spice Cupcakes.

Recommended for this recipe,

Not only are these Pumpkin Spice Cupcakes moist and warmly spiced, but the creamy Cinnamon Cream Cheese Buttercream is topped with a nutty bonus of sugary pecans.

For the Sugared Pecans

For the Sugared Pecans

There may be affiliate links in this post. We are a participant in the Amazon Services LLC Associates Program, an affiliate advertising program designed to provide a means for us to earn fees by linking to Amazon.com and affiliated sites.
Cupcakes Desserts Fall Halloween Holiday Pumpkin Recipes Season Thanksgiving

END_OF_DOCUMENT_TOKEN_TO_BE_REPLACED
©2023 My Country Table. All Rights Reserved. Design by Purr.