This decadent French Silk Chocolate Pie is five great things wrapped into one…light, silky, thick, rich, and oh so chocolatey.  Oh, and don’t worry the eggs get cooked in this version, so don’t be afraid to eat the whole pie in one sitting! 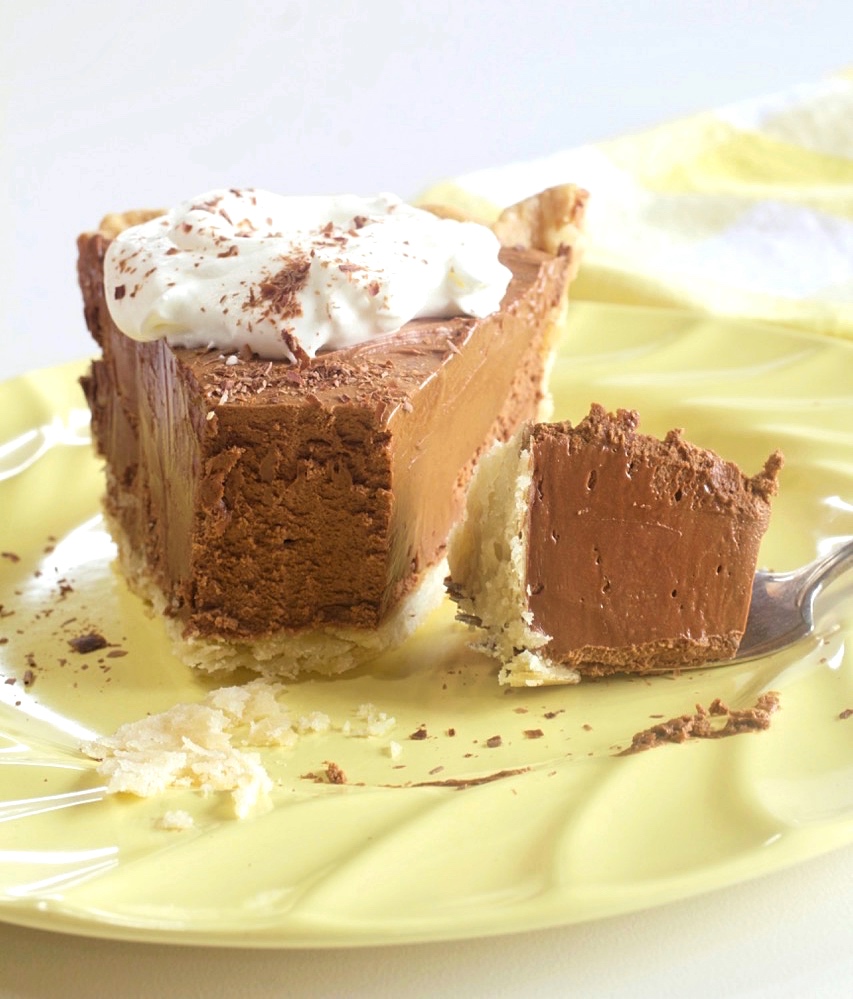 French Silk Chocolate Pie is one of those vintage refrigerator pies that a lot of people shy away from making these days.  Why?  Because this pie usually calls for raw eggs.  This doesn’t concern me since I’ve been eating recipes containing raw eggs for many years.  However, many people have concerns about consuming raw eggs, so if you’re one of them, stop worrying.  This modern-day version of French Silk Pie calls for cooking the eggs to a safe temperature of 160 degrees. 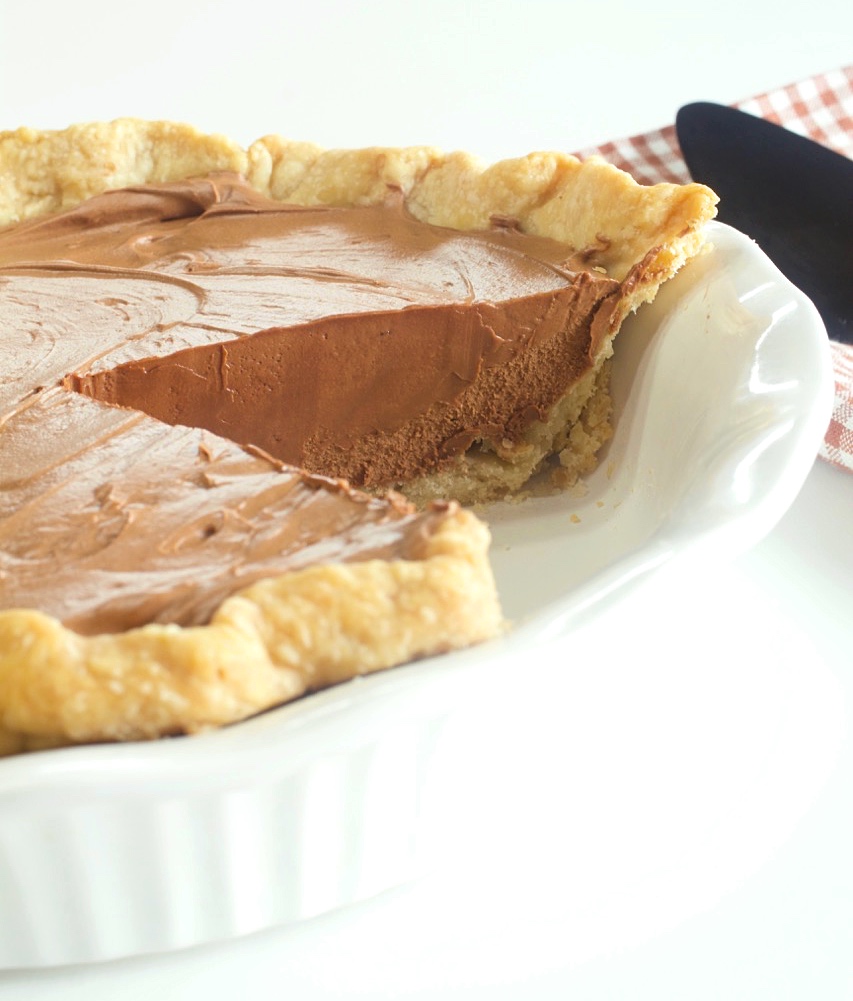 I’m not sure why this pie is called “French” Silk Pie since it originated in America, and was created by Betty Cooper in 1951.  It’s an old-fashioned icebox pie that rarely gets made today because so many people are afraid of eating raw eggs.

Here’s how I made this easy refrigerator pie… 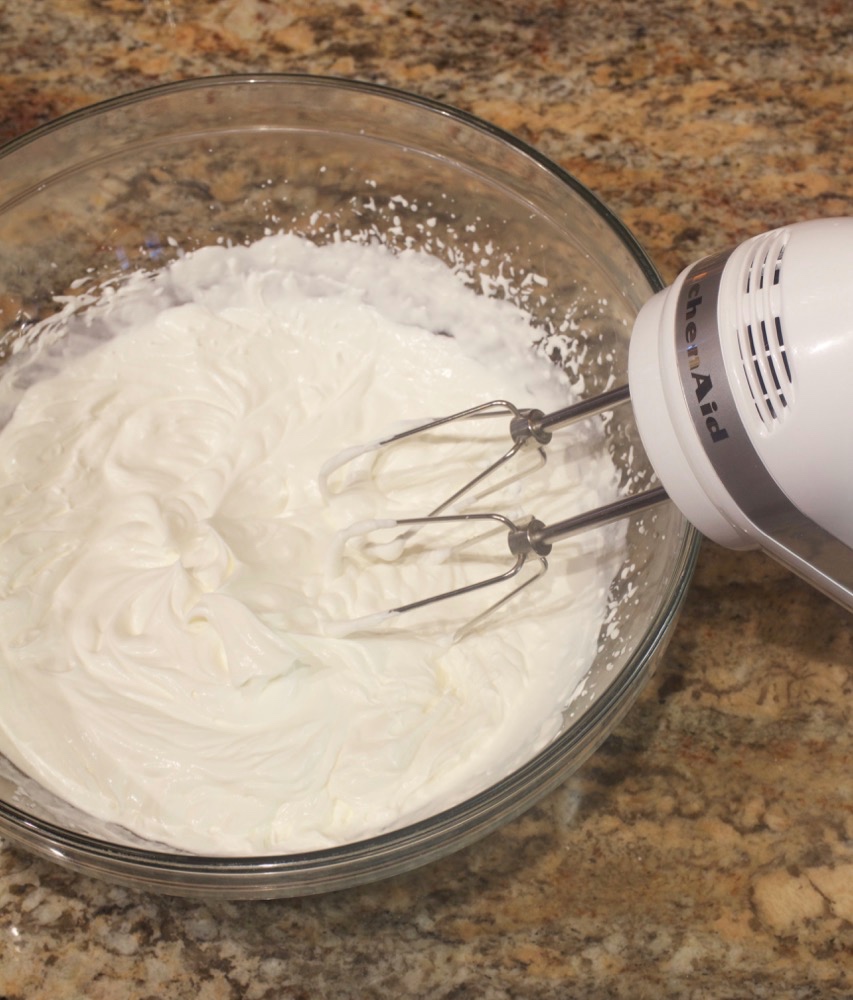 I started by whipping some heavy whipping cream until it formed stiff peaks.  Then I refrigerated it until I was ready to use it. 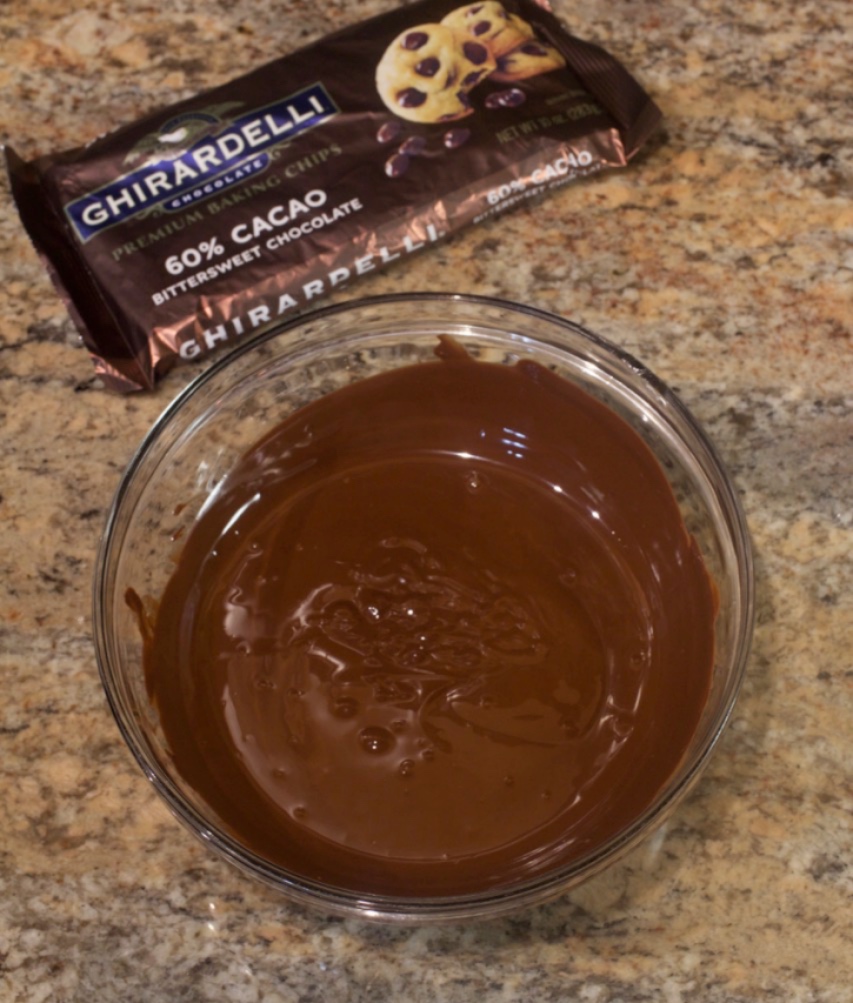 I also melted some good quality bittersweet chocolate and set it aside to cool.  I used Ghirardelli 60% cacao.

Okay, let’s move on to making those eggs safe to eat… 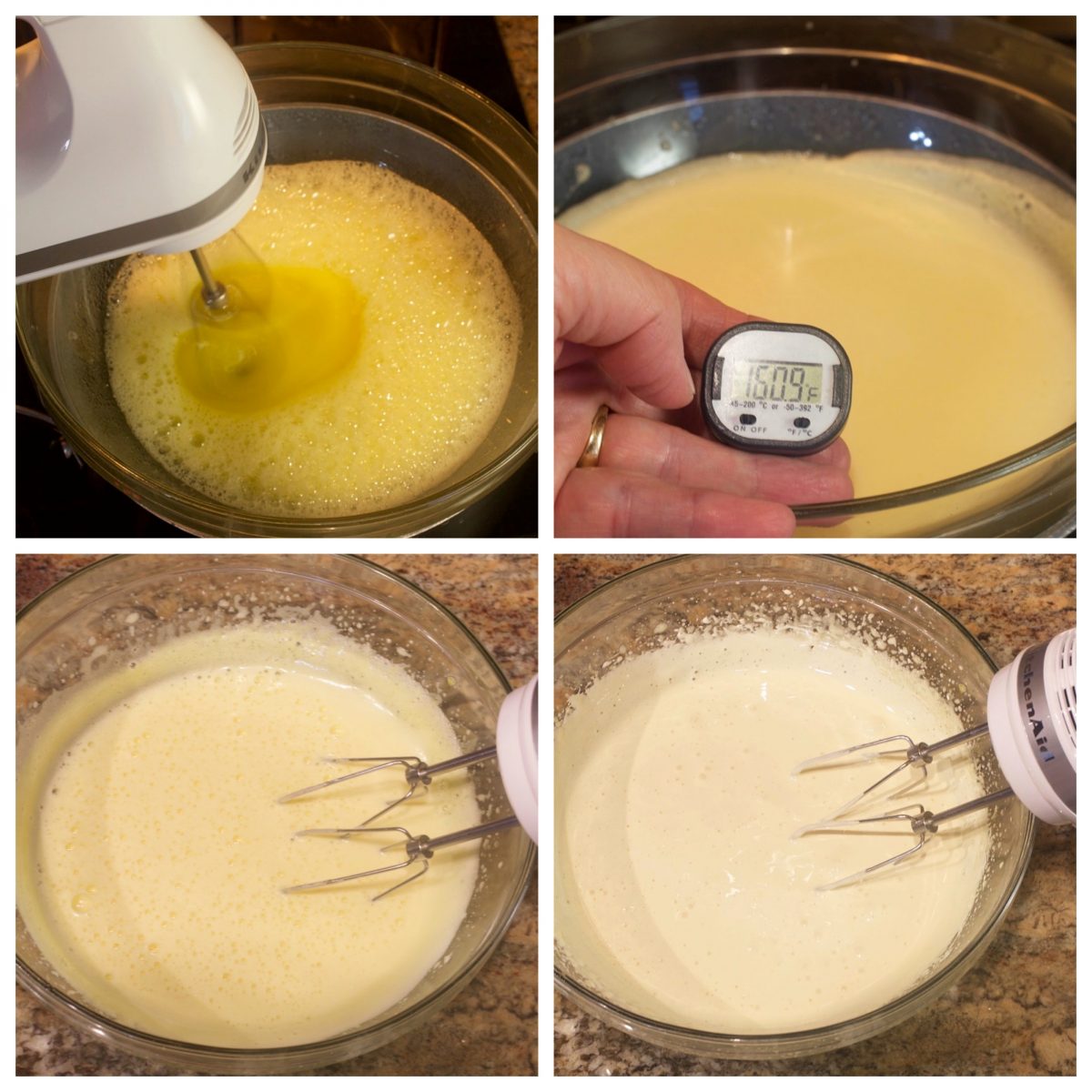 Top Left – I added the eggs and sugar to a large heatproof bowl and placed it on top of a pan of simmering water, making sure the bottom of the bowl didn’t touch the water.  I used a hand mixer and immediately started beating the mixture.  Why?  Because we’re only wanting to heat the eggs until they are safe to eat.  We don’t want to cook them into pieces of scrambled egg.  If you don’t beat the egg mixture while bringing it to a safe temperature it will cook into pieces of just that, “cooked” egg.

Bottom Left – I beat the egg mixture on high until it was completely cooled.  As you can see it’s yellowish in color.

Bottom Right – I continued beating the mixture until it was fluffy and much lighter in color.

Now for the good stuff, the CHOCOLATE… 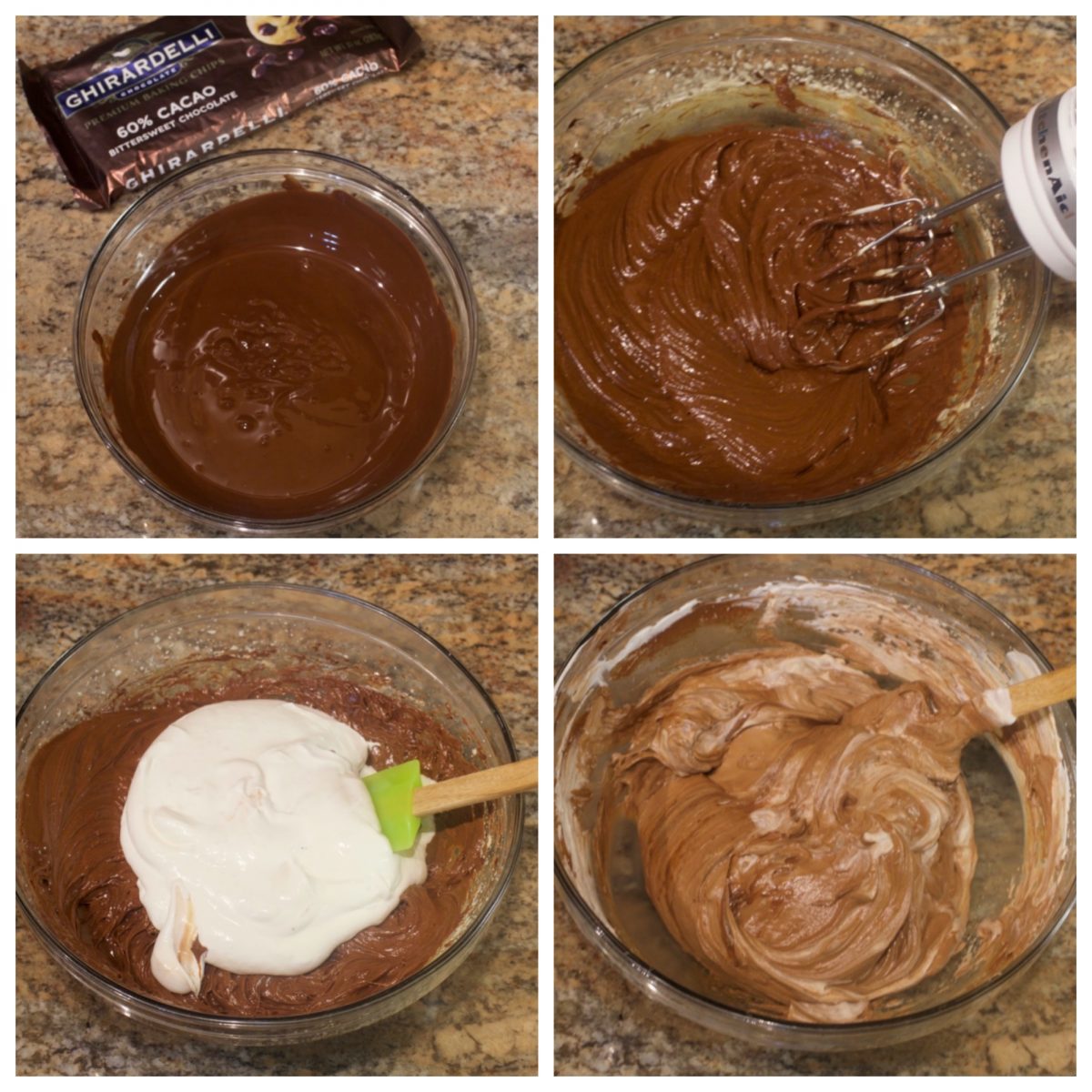 Top Right – I added the melted chocolate to the egg mixture and mixed it with a hand mixer until it was well combined.

Bottom Left – I used a spatula and gently folded in the whipped cream. 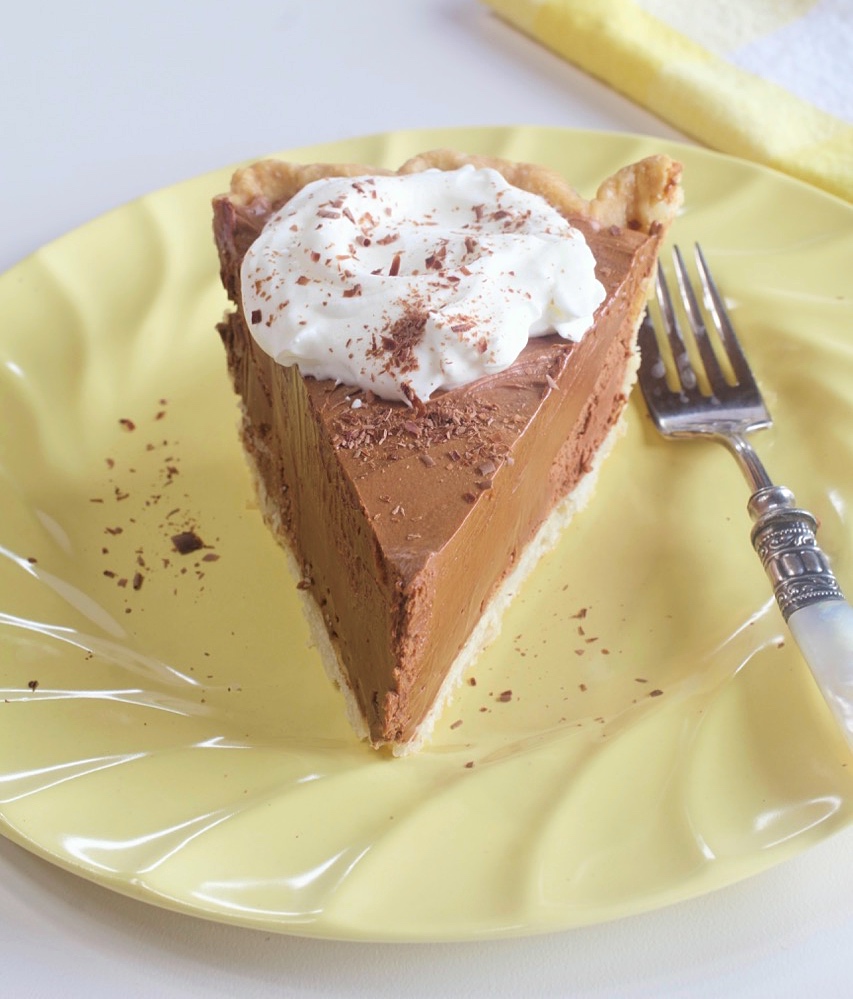 Make this silky, sinfully delicious pie for the Chocolate Lovers in your life.

This pie is five great things combined into one delicious dessert…light, silky, thick, rich, and oh so chocolaty!!

*Prep time does not include chilling.  Pie should be refrigerated for at least 3 hours before serving.

There may be affiliate links in this post. We are a participant in the Amazon Services LLC Associates Program, an affiliate advertising program designed to provide a means for us to earn fees by linking to Amazon.com and affiliated sites.
Desserts Holiday Pies, Crisps & Tarts Recipes Valentine's Day

END_OF_DOCUMENT_TOKEN_TO_BE_REPLACED
©2023 My Country Table. All Rights Reserved. Design by Purr.