This soft & tender Buttermilk Bread is simply the best!!  It’s not only great for sandwiches…it makes great french toast.  It’s great for freezing, so you can eat one loaf and freeze the second one for later. 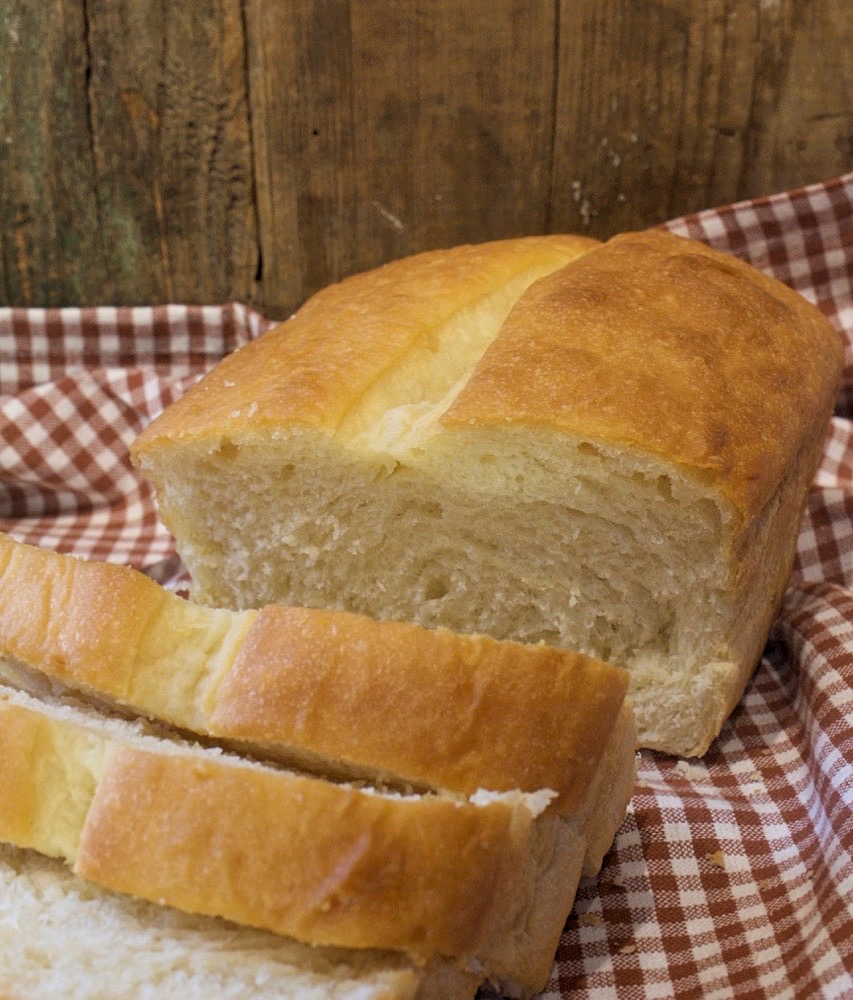 One of my very favorite things to do is to play with yeast.  It’s so amazing how a small packet of yeast can be used to create the most delicious bread ever.  It’s also amazing that after all these years of playing in the kitchen, I still have flour everywhere when I bake.

When I make this buttermilk bread it makes two loaves.  I usually make sandwiches with some of it and slather some with butter to go alongside my dinner.  After a couple of days, I use some of it to make french toast.  It’s soft and tender and delicious any way you eat it.

If you’ve never played with yeast or made homemade bread, don’t be intimidated.  Once you start playing with yeast, you’ll be wanting to make all kinds of yeast recipes. Yeast is just another ingredient in a recipe! 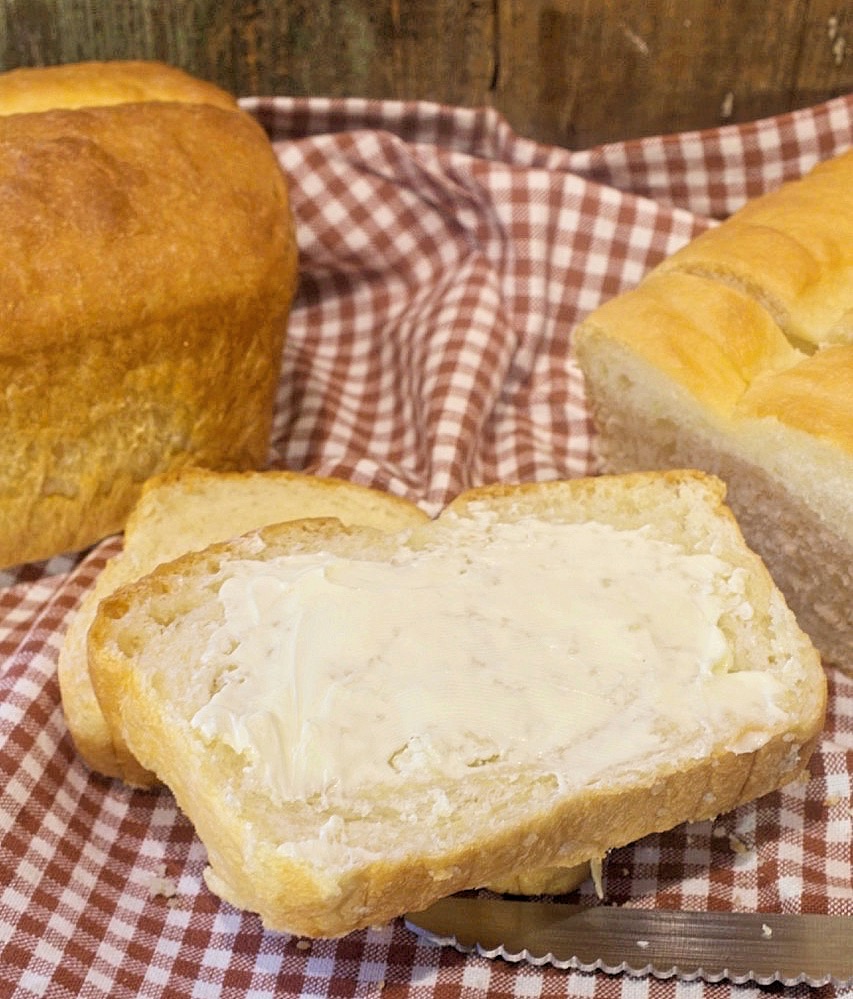 Just in case this is your first time using yeast, I’ll give you a quick overview of how I made this easy buttermilk bread.  There are a few steps but all of them are easy. 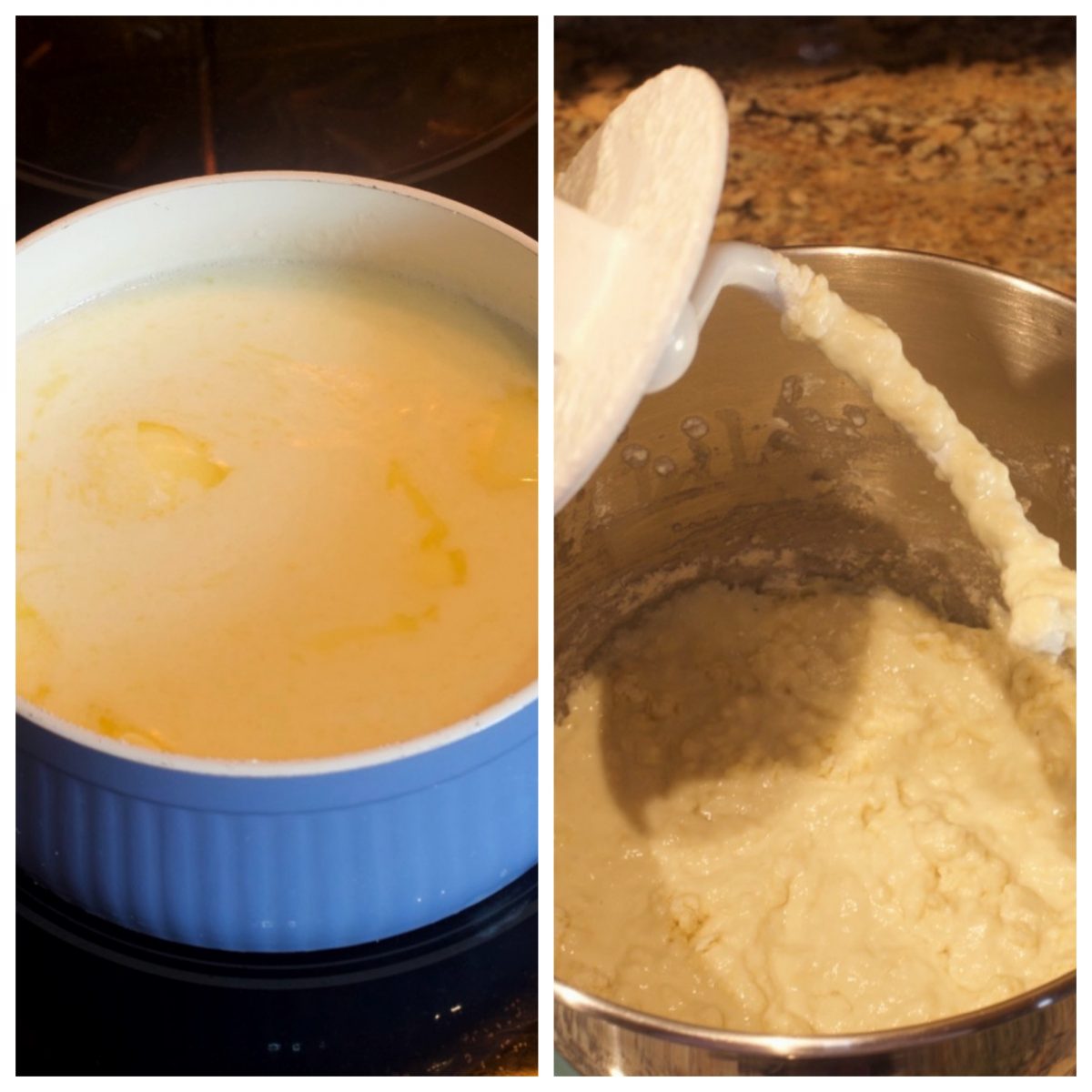 I started by adding a warm mixture of buttermilk, butter, and sugar to some flour, yeast, and salt in the bowl of a stand mixer with the hook attachment.  I kept adding flour, using the hook attachment until the dough was smooth and elastic and I transferred it to a lightly floured work surface.  I formed the dough into a ball and placed it in a greased bowl and left it to rise in a warm oven until it had doubled in size. 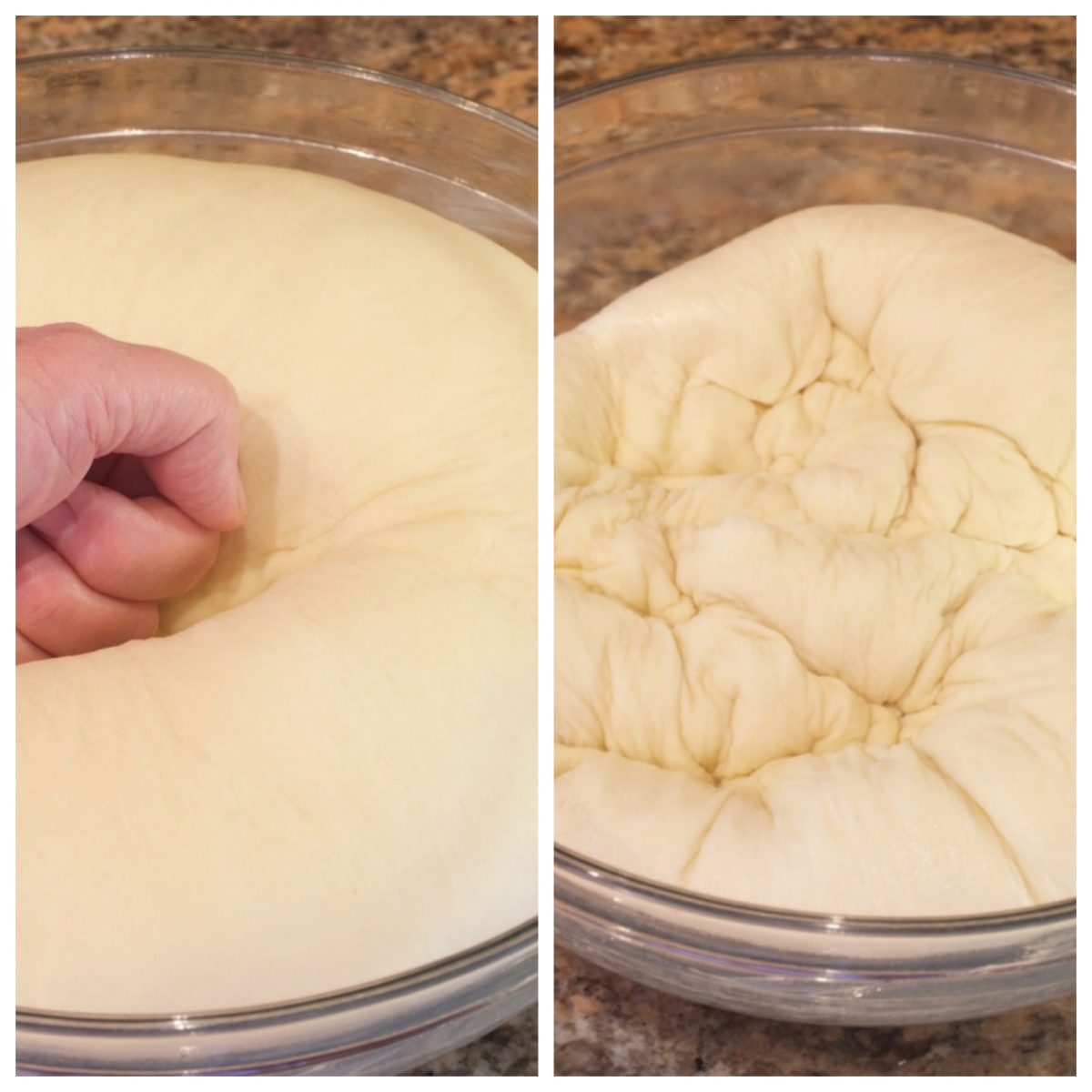 Once the dough had doubled in size, I punched it down and transferred it to a lightly floured surface again. 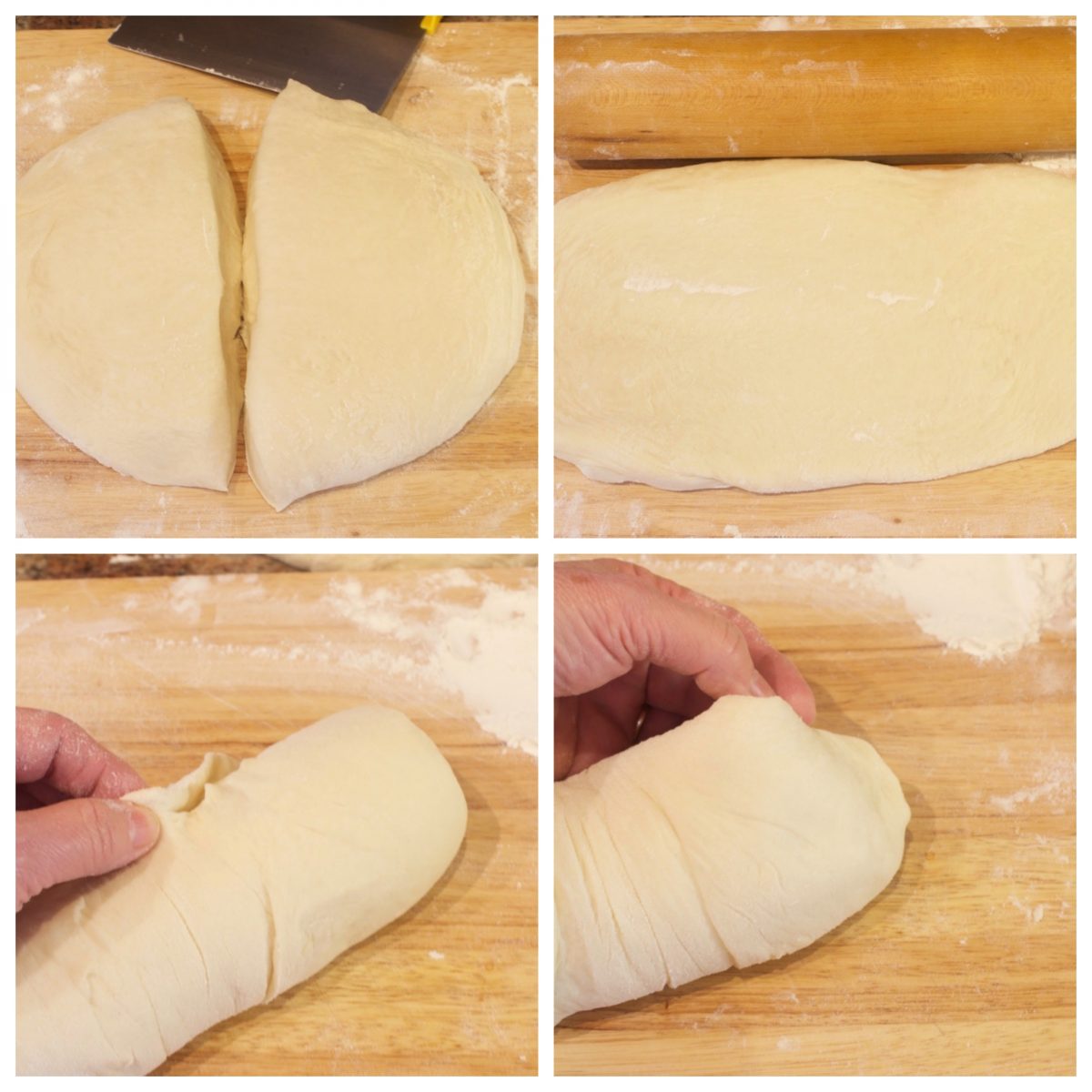 Top Left – I cut the dough into 2 halves.

Bottom Left – I pinched the seam together on the bottom of each cylinder of dough.

Bottom Right – And I pinched together the ends and tucked them under. 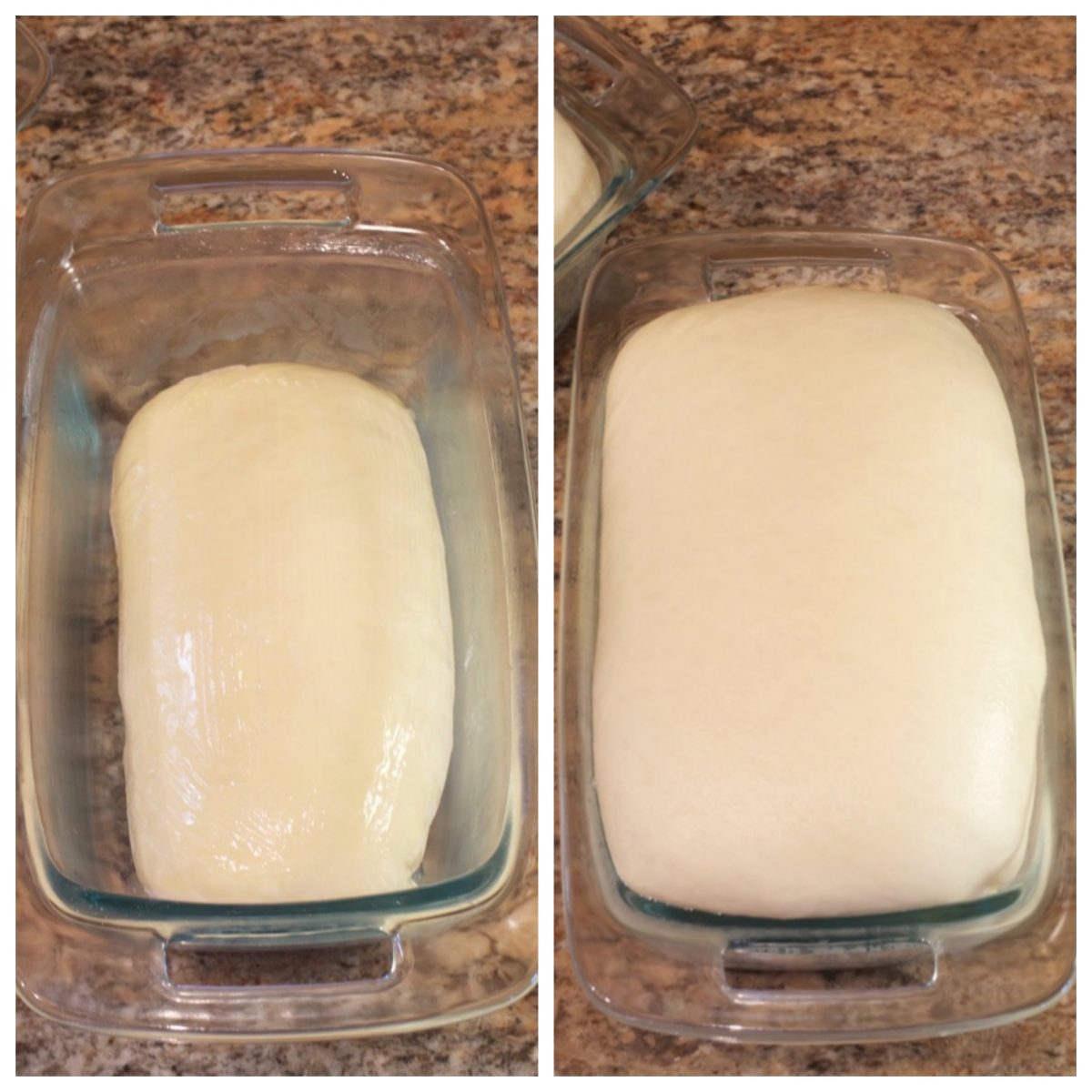 I placed each loaf of dough in a greased loaf dish.  I covered them with a towel and transferred them to a warm oven to rise again.  The second and final rise.   Once they had doubled in size, I removed them from the oven.  Note:  In the picture on the left, I inadvertently brushed the loaf with butter, which is not necessary at this step, but it also doesn’t hurt it. 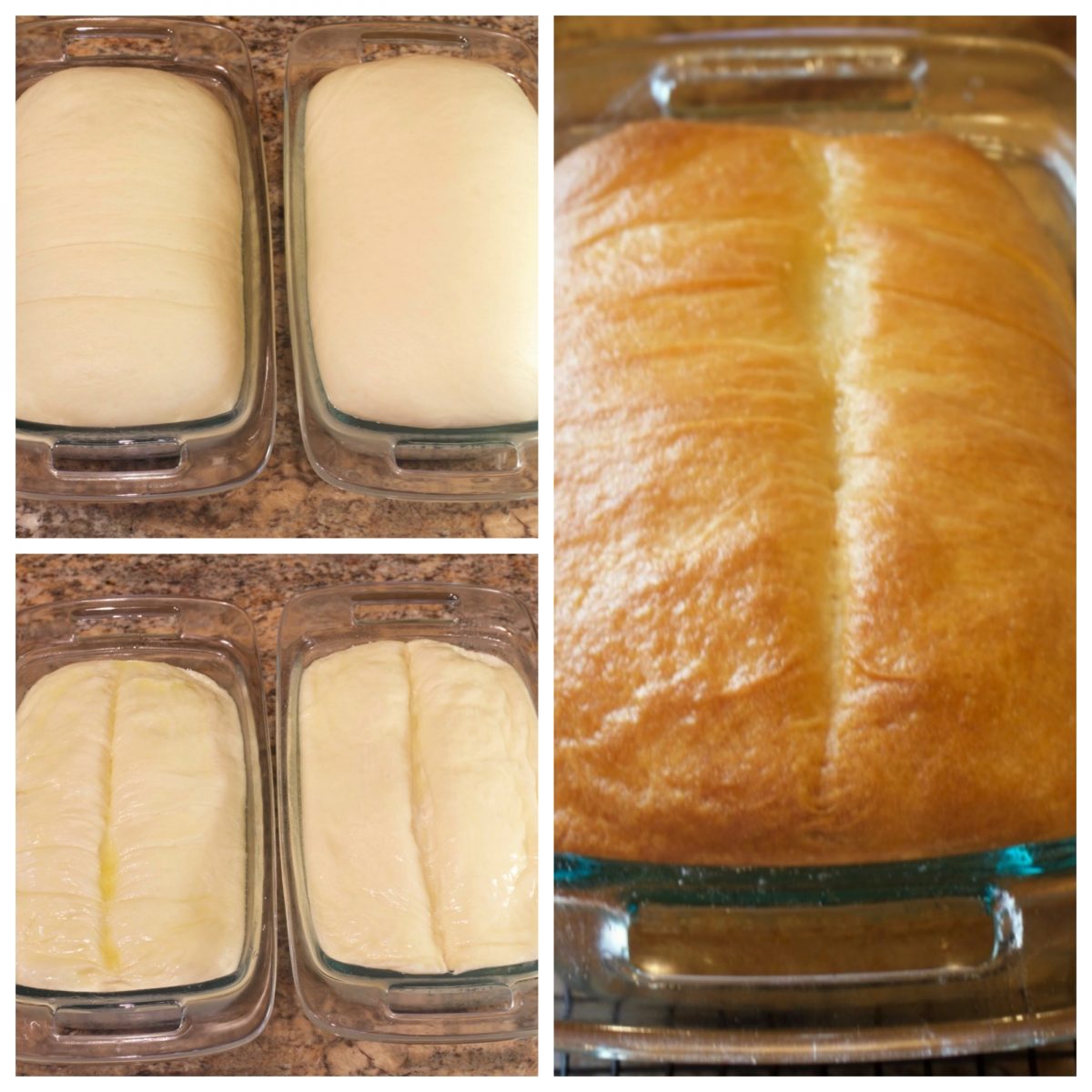 Top Left – Shows the loaves once they had risen for the second and final time.

Bottom Left – I made a long slash on the top of each loaf, about 1/4 inch deep, then  I brushed each loaf with butter and allowed the dough to rest while I preheated my oven.

Bottom Right – I baked the loaves until they were golden brown on the tops and sides.  I removed them from the oven and brushed them with butter again.

You see, it’s really not hard to make bread.  There are a few steps, but they are all easy. 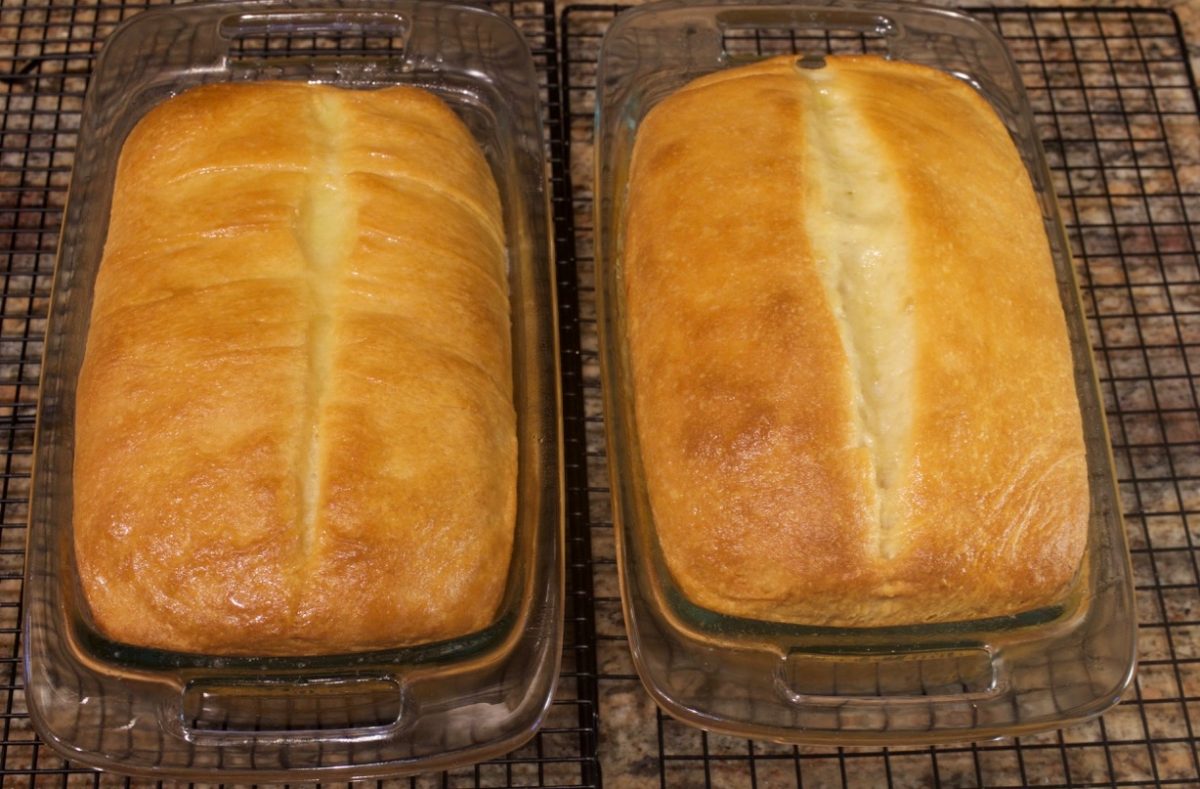 Note:  The loaves in the picture above were brushed with melted butter. 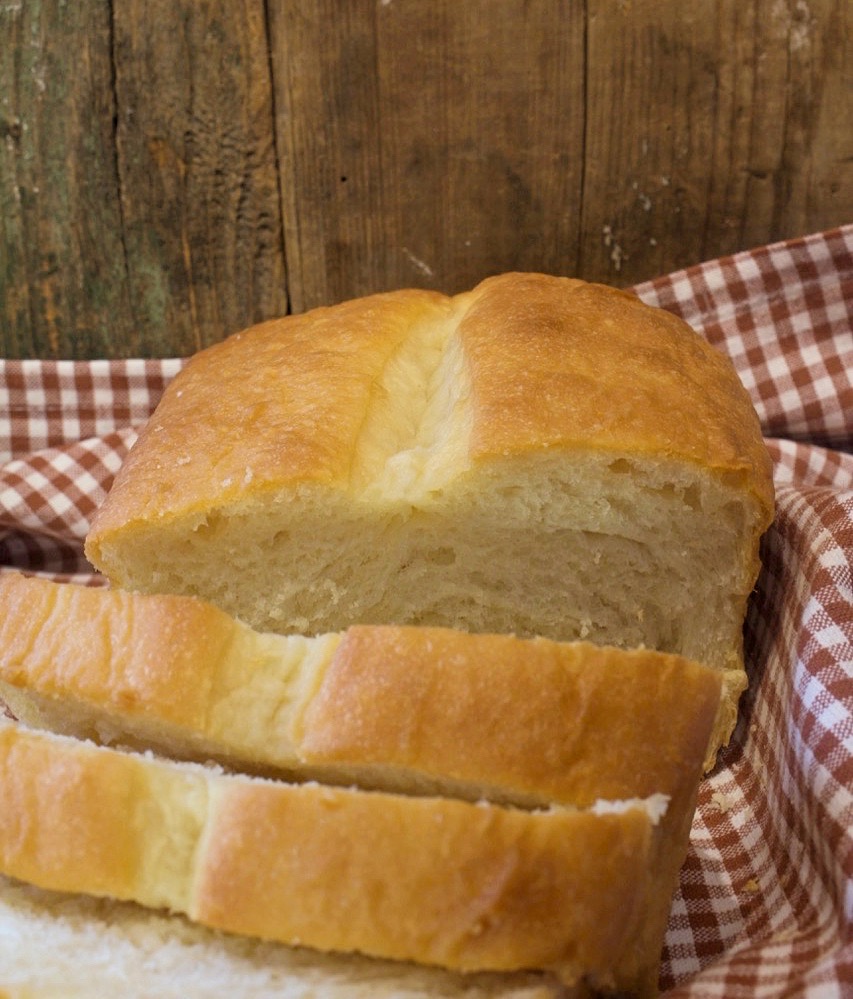 Homemade Cinnamon Bread (without a starter)

Preheat oven to 160 degrees and turn off.

There may be affiliate links in this post. We are a participant in the Amazon Services LLC Associates Program, an affiliate advertising program designed to provide a means for us to earn fees by linking to Amazon.com and affiliated sites.
Breads Recipes

END_OF_DOCUMENT_TOKEN_TO_BE_REPLACED
©2023 My Country Table. All Rights Reserved. Design by Purr.