Cream of coconut, sweetened coconut, and coconut extract give this moist and delicious Triple Coconut Cake a triple dose of coconut flavor.  This will become your go-to coconut cake recipe! 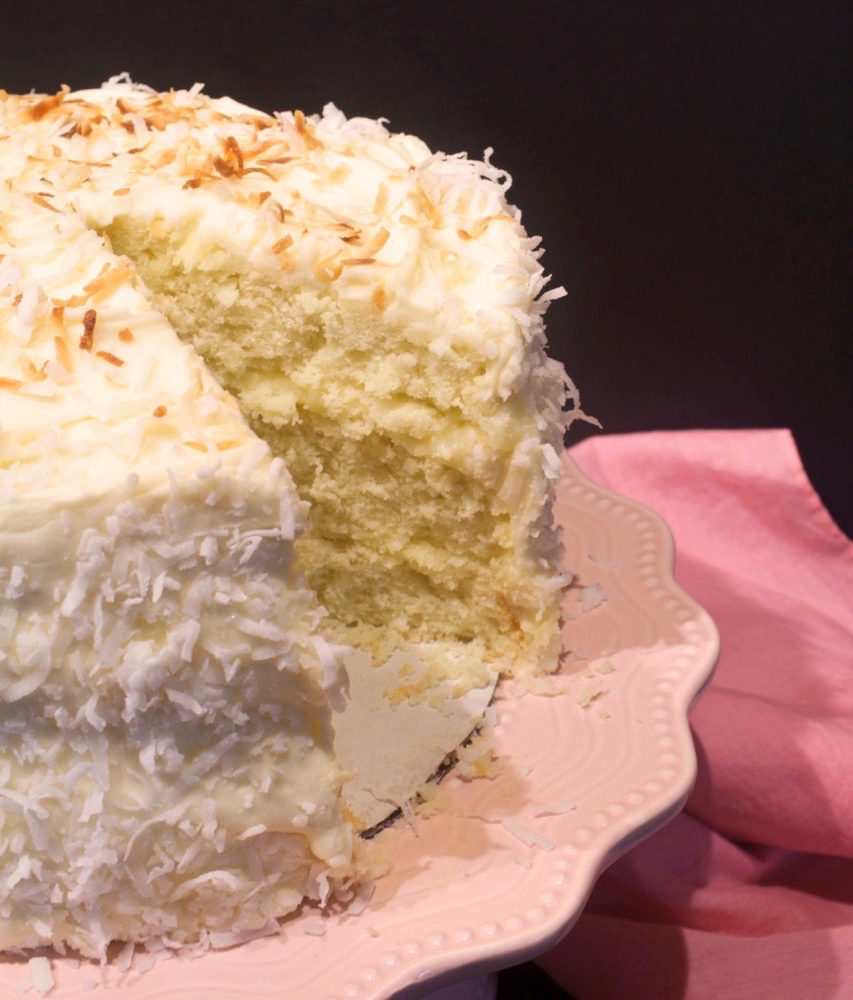 I spent an exhausting weekend searching for my go-to Coconut Cake recipe and finally gave up the search.  God knows where I placed it after last Easter.  If you were to ask my hubby, he would say it’s no wonder she can’t find the recipe, she has so many.  I’m a firm believer that you never throw away a recipe or recipe book.  With that said, my favorite go-to recipe called for a special ingredient that I obsess over…cream of coconut.  I love this stuff so much, I included it in my Coconut Cream Pie also.  It’s amazing!!

So, with a misplaced recipe, I searched every avenue available from cookbooks to Pinterest to find the recipe closest to mine and finally came up with a winner.  I came across Lynn from Southern With A Twists’  recipe for Coconut Cake and it was very similar to mine. The second I saw cream of coconut as one of the ingredients, it caught my attention, and the sweet coconut filling is very close and maybe even better than the filling in my original recipe. 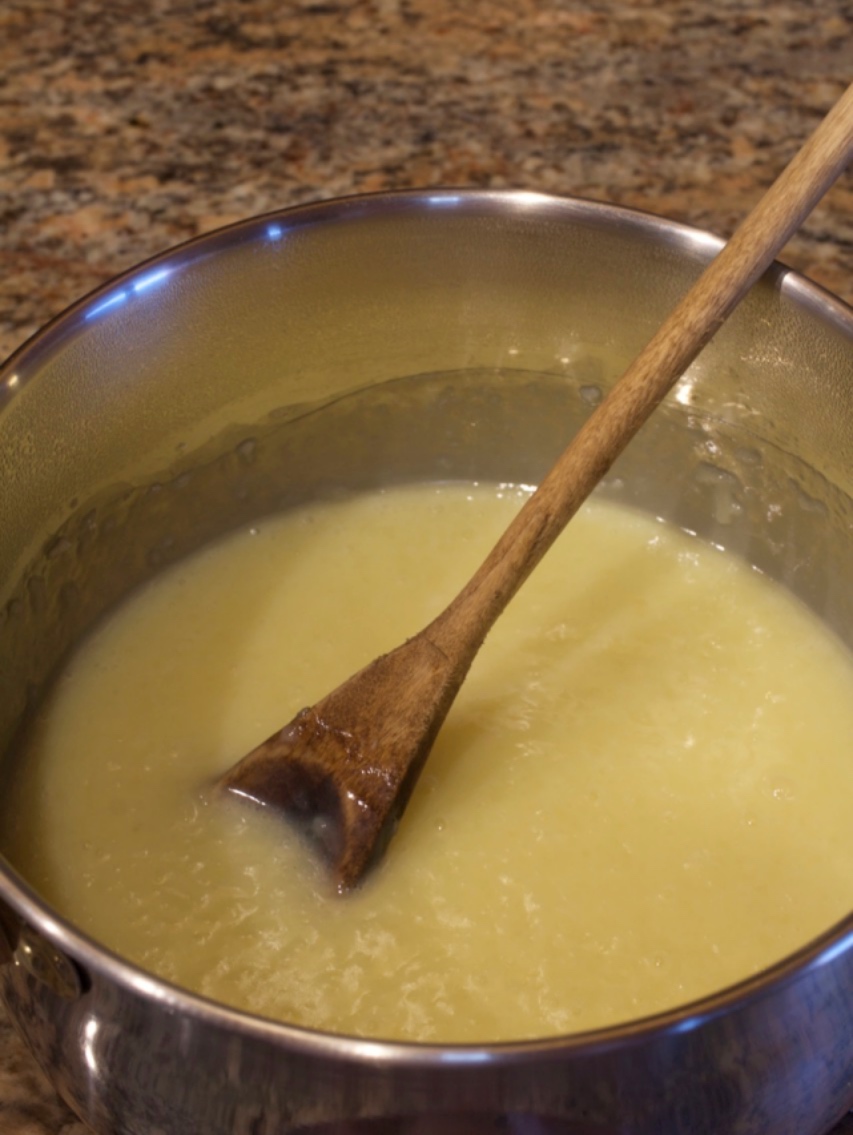 Wait until you taste this filling.  I wanted to eat the entire pan of this incredible filling instead of using it between the cake layers.  The filing is made of coconut, pure butter, vanilla, and heavy cream…enough said. 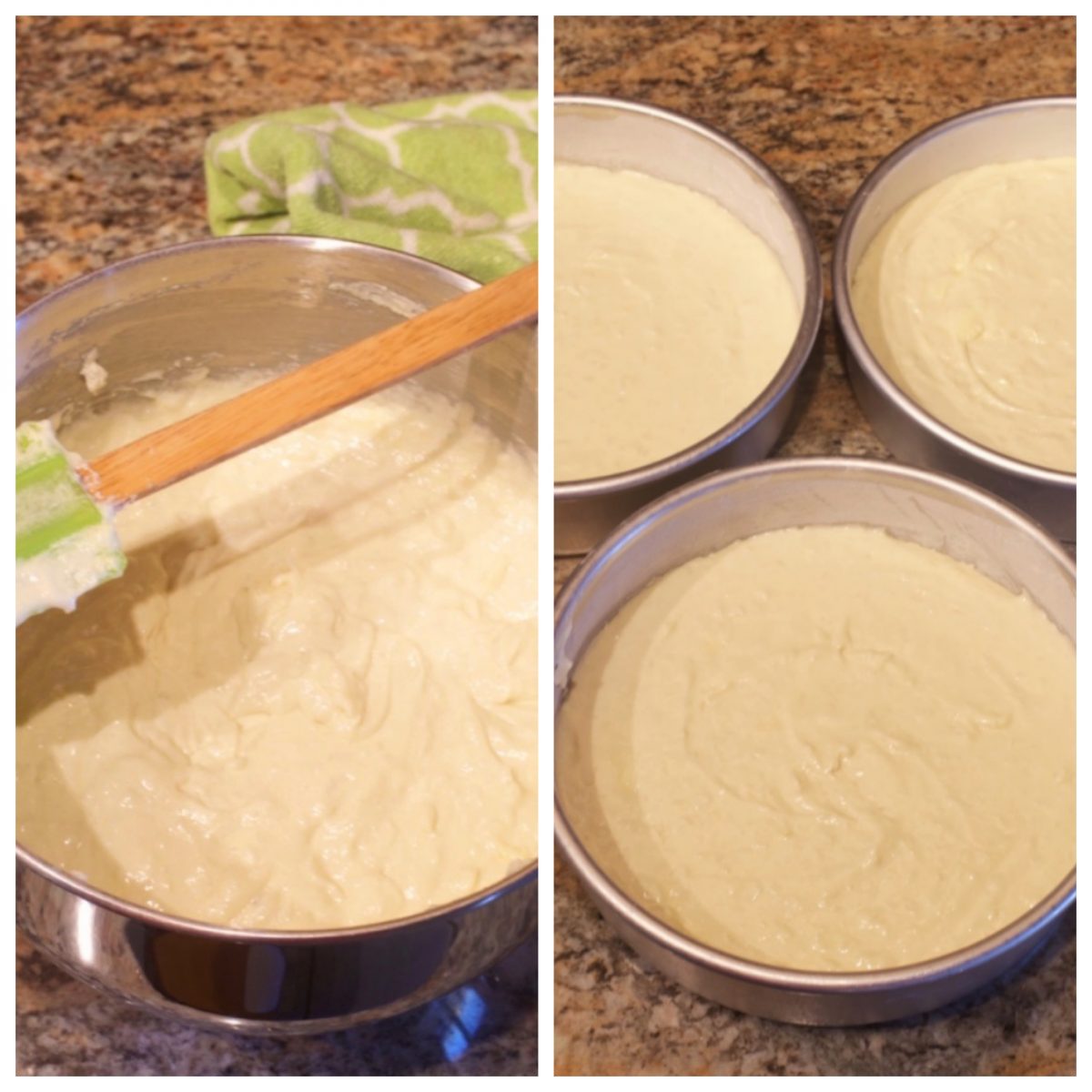 WHAT MAKES A MOIST AND FLAVORFUL COCONUT CAKE… 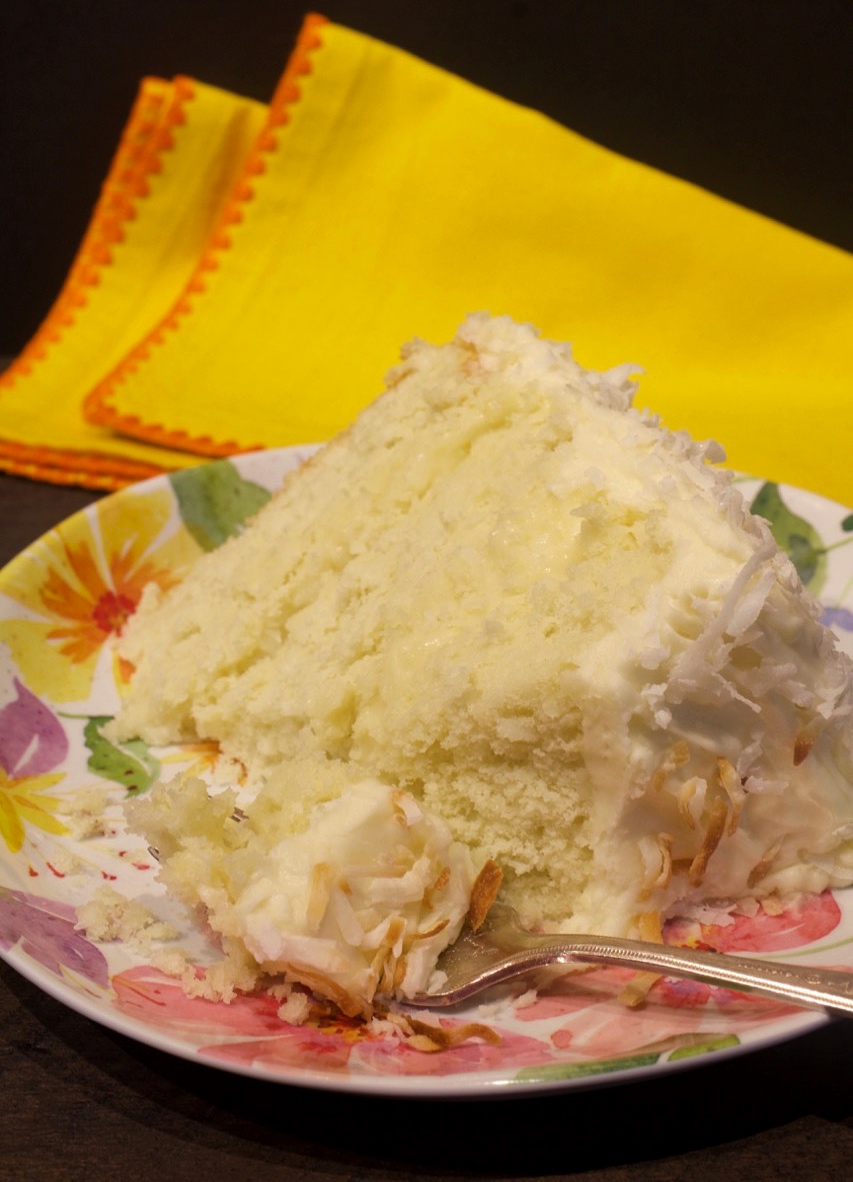 Moist homemade cake layers are full of flavor but not quite as moist as those boxed cake mixes that are loaded with preservatives.  They need a little bit of help in the moisture category.  In my original Coconut Cake recipe, I made a simple syrup infused with coconut extract and cream of coconut and brushed it over the baked cake layers.  This gave the layers a boost of moistness and coconut flavor.  In this recipe, the filling is cooked and infused with lots of coconut flavor.  Simple syrup is not needed.  This filling covers both moistness and coconut flavor.

In general, homemade cake layers tend to be drier than boxed cake mixes, partially due to their lack of preservatives.  Sour cream, buttermilk, milk, oil, or butter are ingredients that add moisture to homemade cakes.  In this recipe, there are 2 sticks of butter plus 13 1/2 ounces of coconut milk added for moistness.  The cake batter gets a boost of flavor from coconut, cream of coconut, and pure coconut extract.

A good cake needs a good frosting…one that will stand up on its own yet soak into the cake just enough to add moistness and flavor to the outside edges of the cake.  You can’t go wrong with a cream cheese buttercream frosting for this.  The frosting for this coconut cake is not your ordinary cream cheese frosting.  It’s infused, once again, with cream of coconut and once the cake is frosted, lots of coconut gets tossed onto the frosting, covering the top and sides of the cake. 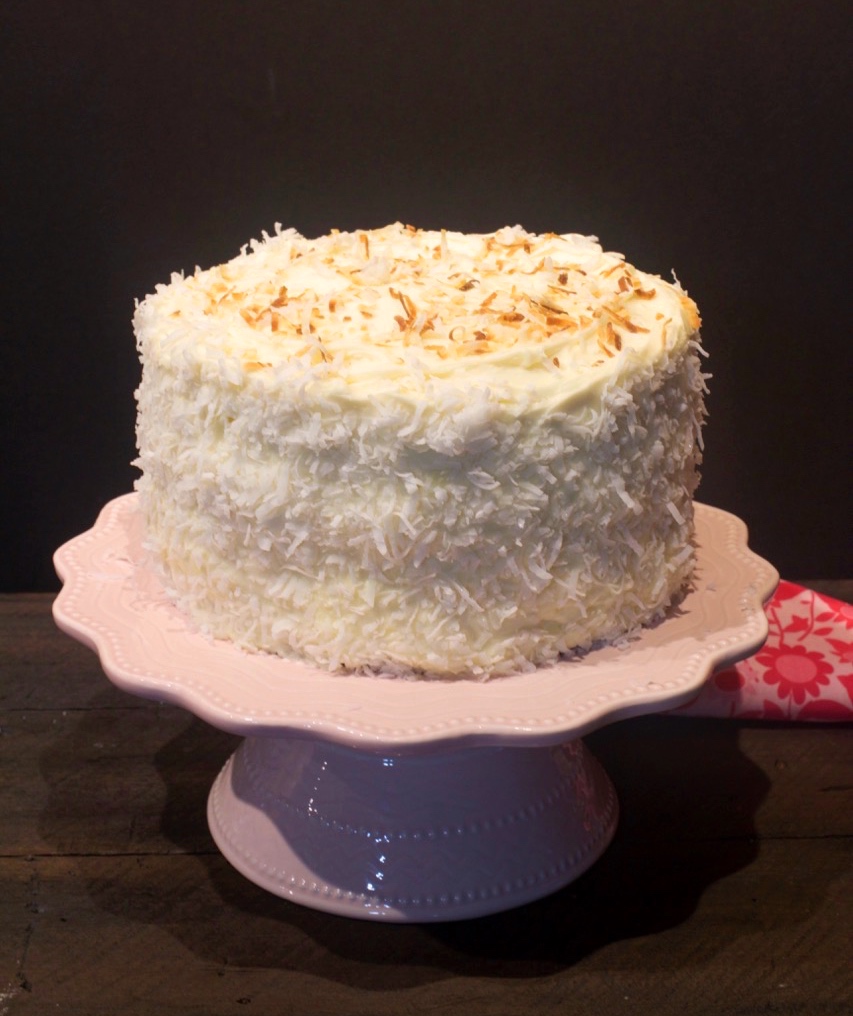 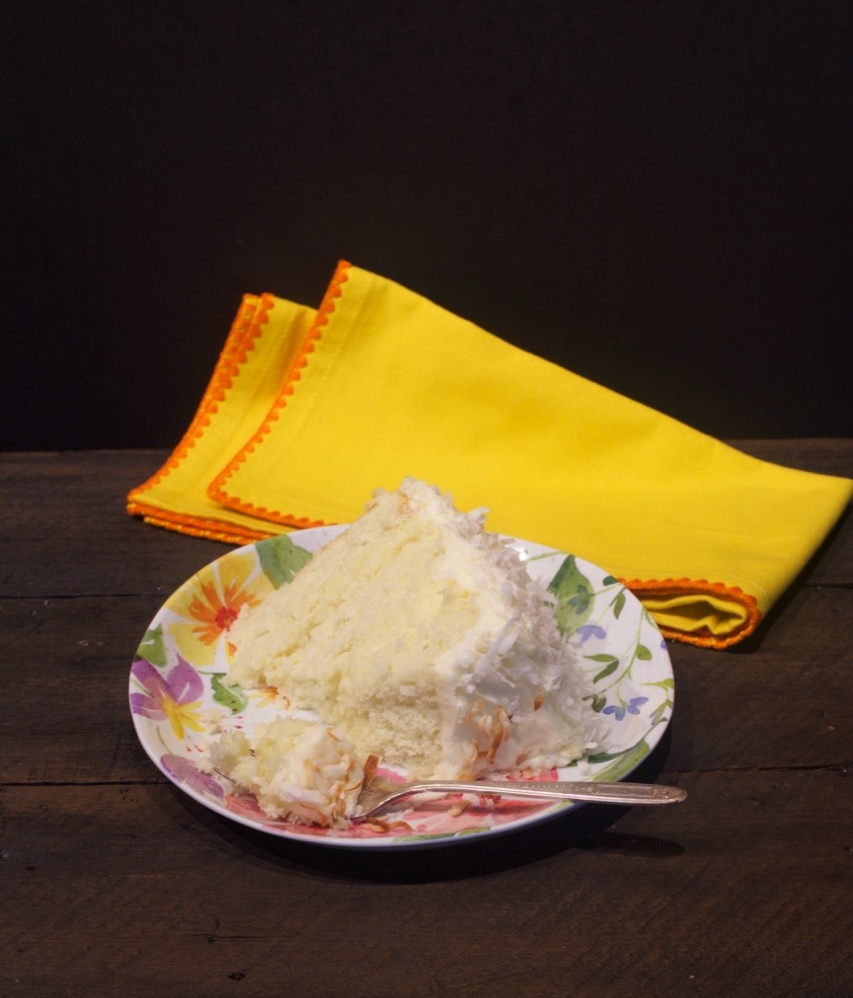 Have a great Easter!

Cream of coconut, sweetened coconut, and coconut extract give this moist and delicious Triple Coconut Cake a triple dose of coconut flavor.  This will become your go-to coconut cake recipe!

For the Cake Layers

For the Cake Layers

To assemble the Cake

There may be affiliate links in this post. We are a participant in the Amazon Services LLC Associates Program, an affiliate advertising program designed to provide a means for us to earn fees by linking to Amazon.com and affiliated sites.
Cakes Desserts Easter Holiday Recipes

END_OF_DOCUMENT_TOKEN_TO_BE_REPLACED
©2023 My Country Table. All Rights Reserved. Design by Purr.