These S’mores Krispie Treats are loaded with crunchy pieces of graham crackers, and marshmallows.  They get placed under a broiler for a quick minute resulting in a topping of toasted marshmallows and melty chocolate.  A great Summer treat and no campfire needed! 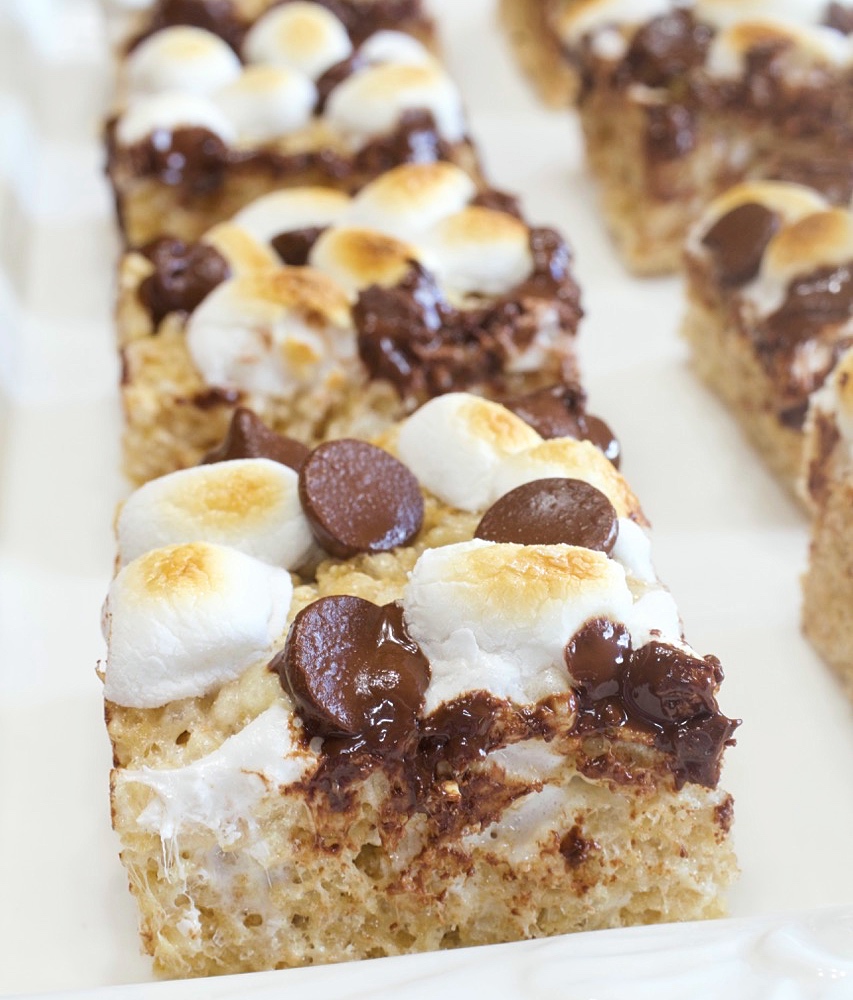 I love the endless ways you can put a different spin on regular rice krispie treats.  When I want to make a quick treat for my grandkids or friends but I’m short on time,  I always whip up a batch of krispie treats and I make them different each time.  This S’mores version is always a hit and they take 15 minutes to make.  They’re a great treat to make in the summer and they look and taste just like you made them over the campfire 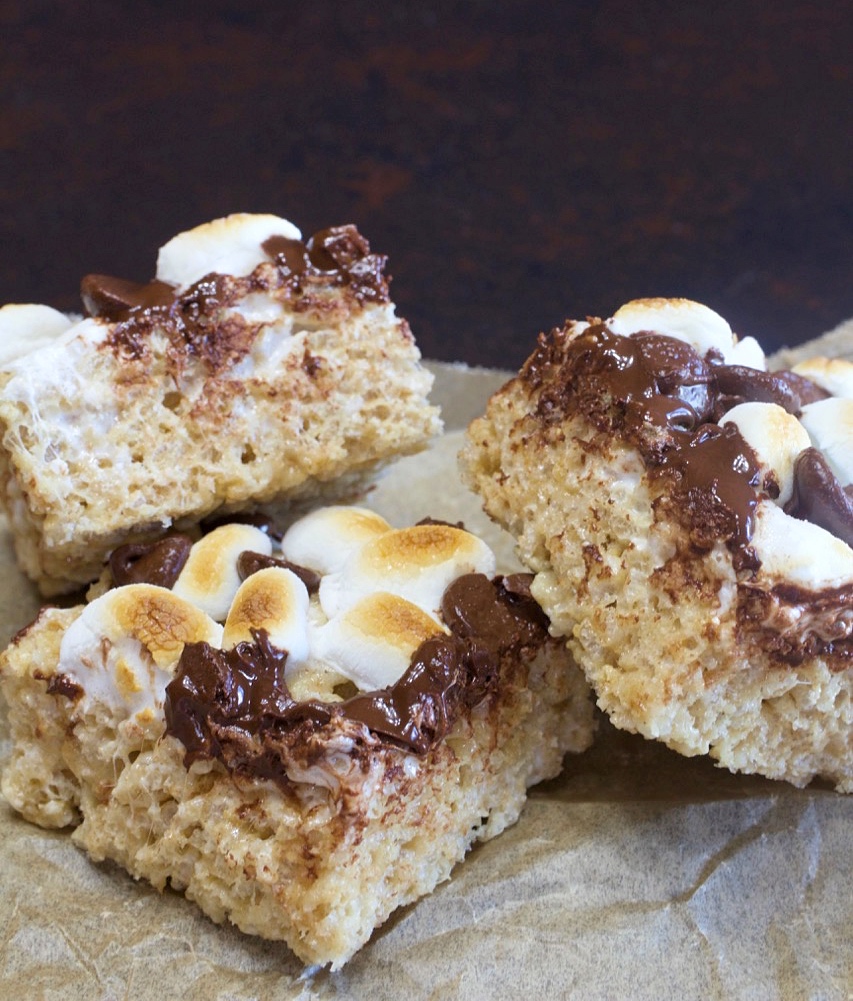 I love how you can impress guests of all ages with these easy treats that look like they took some time and effort to make. 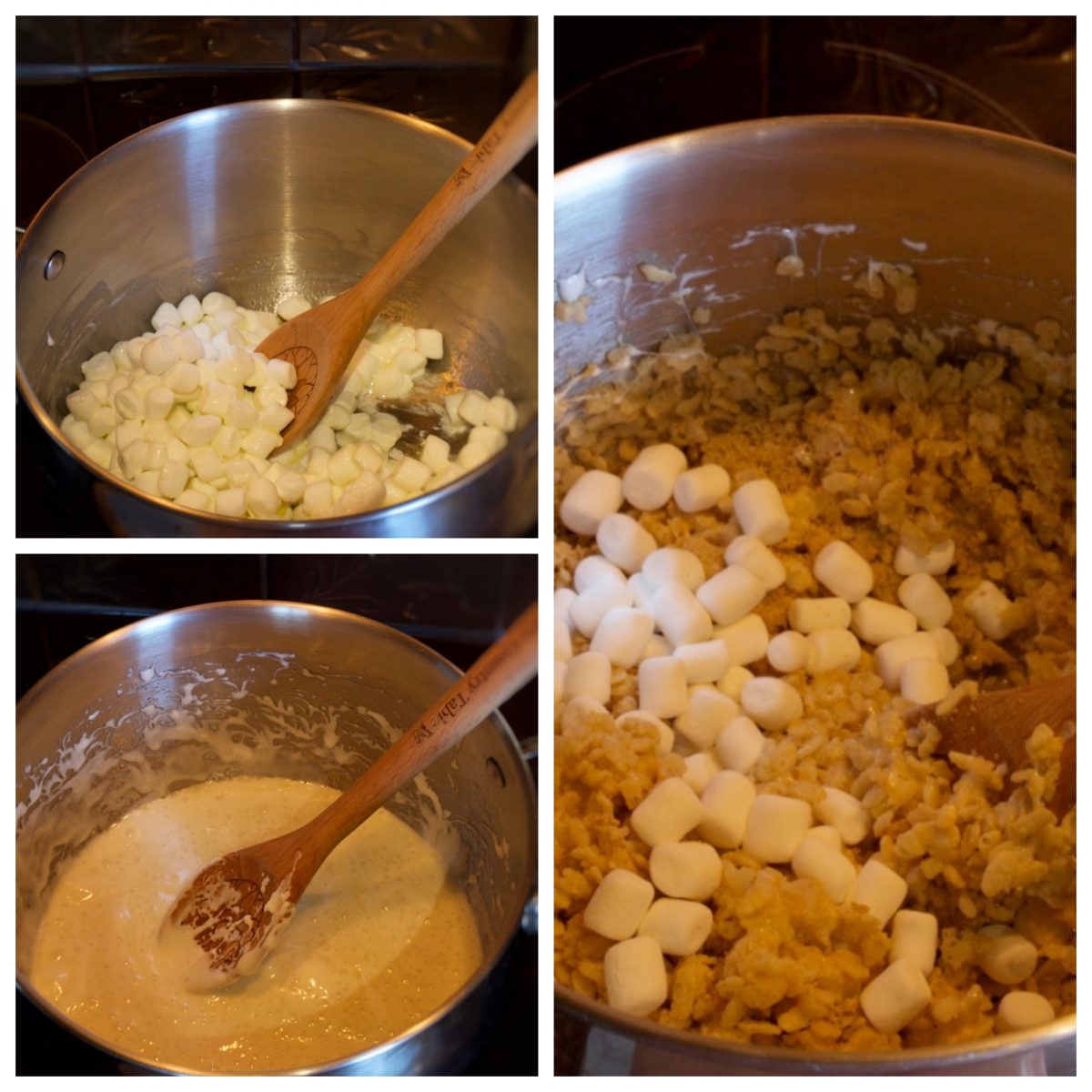 We’re not done yet… 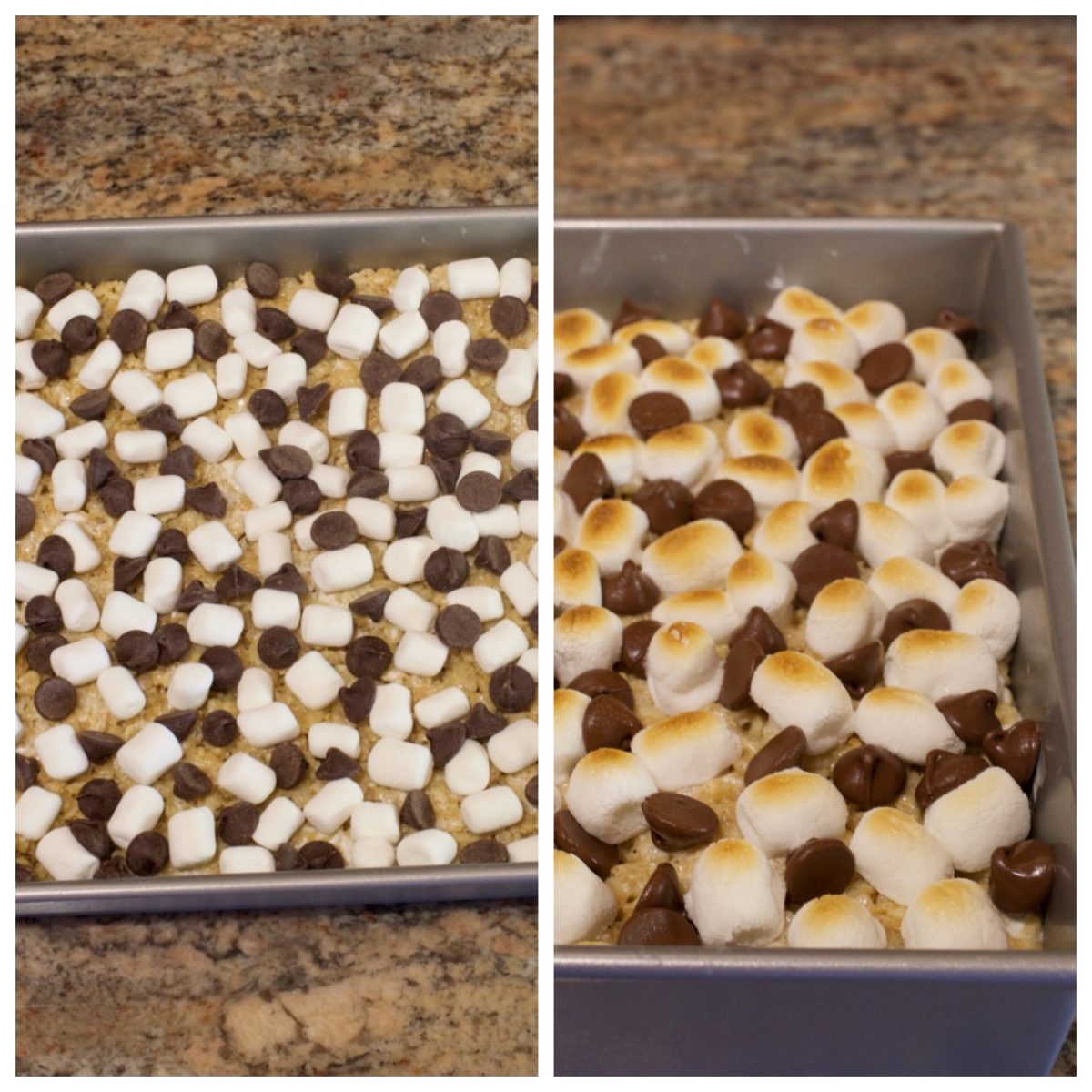 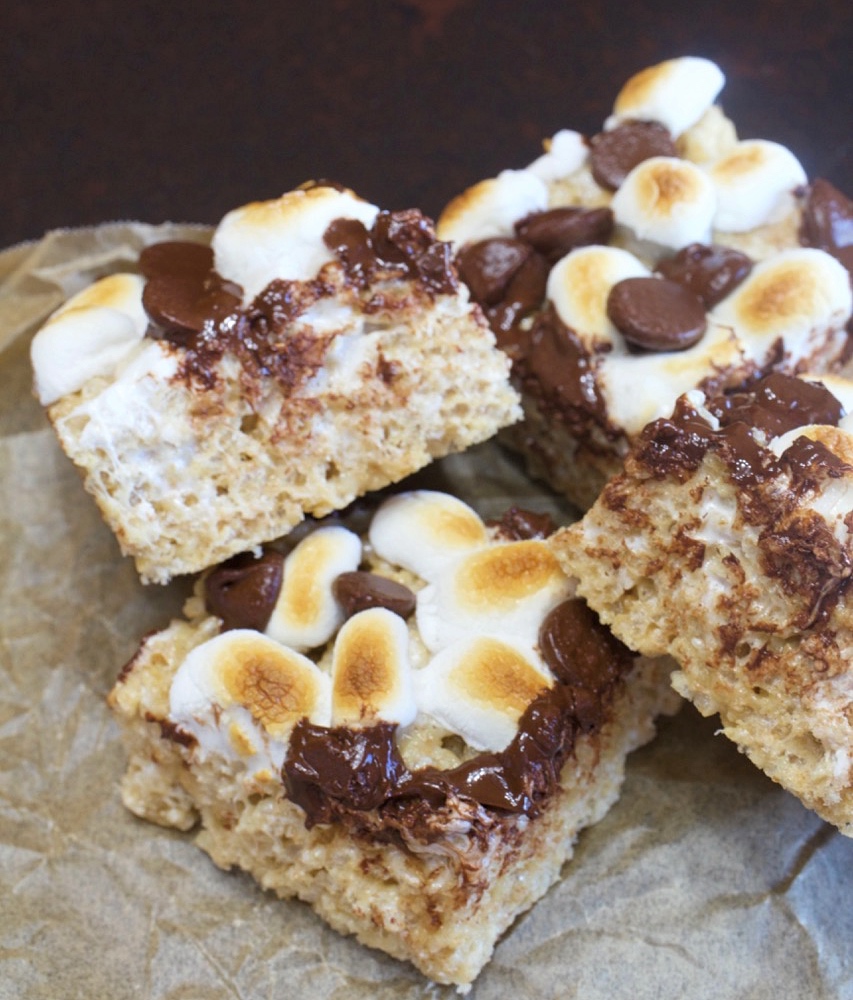 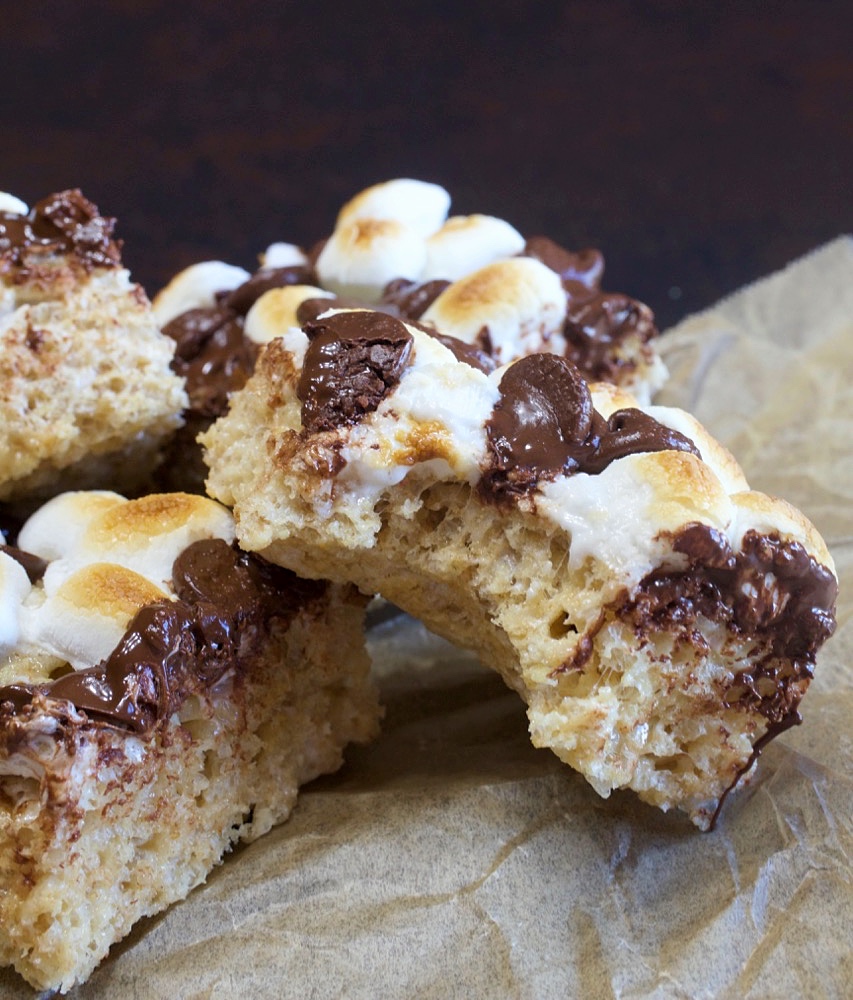