How To Blind Bake, Par-Bake, Pre-Bake A Pie Shell

Do you ever wonder when you should pre-bake (par-bake) (blind-bake) a pie shell?  I’m here to take the guesswork out of it for you and answer any questions you might possibly have on pre-baking a pie crust. 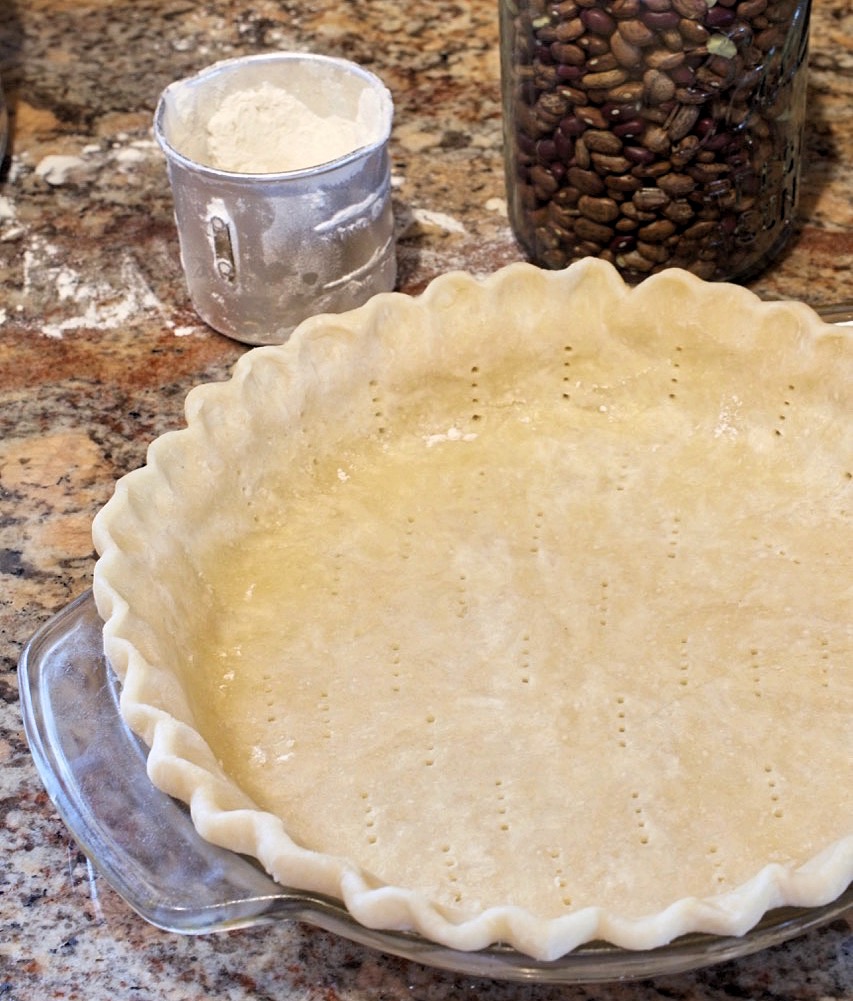 First things first!  Blind baking, par-baking, pre-baking!!!  What does all of this mean and why is it an integral step in many pie recipes?  What is docking a pie crust mean?  Learn these simple basics and you’ll be a step ahead, anytime you get ready to make a pie!!

How to Blind, Par, or Pre Bake a  pie crust.  First, we’ll answer the burning question of what’s the difference between the three?

Docking the pie shell simply means using a fork to poke holes all over the bottom and sides of the crust.  This, along with using pie weights, keeps the pie shell from puffing up as it bakes.

Pie Weights can be either ceramic (store-bought), dried rice or beans.  Pie weights are used to weigh down the pie shell as it bakes so it will not shrink or puff up while baking.

Some recipes, how-to articles, and posts related to pies will use the terms pie crust and pie shell interchangeably to describe pie dough that has been rolled out and placed in a pie dish.  This no doubt causes confusion for the novice baker, and it’s incorrect information.  A pie shell is a result of rolling out pie dough and placing it into a pie dish.  It is in the raw dough form.  The dough becomes an empty pie shell.  A pie crust is a result of baking an empty pie shell in the oven until it becomes a browned crust.

Pie shels that must be partially pre-baked

The picture below shows a partially pre-baked crust that’s waiting to be filled with pie filling before being returned to the oven to finish baking.  As you can see, the bottom crust has lost its raw dough appearance but is still not baked through.  Also, the edges are just barely a light golden color. 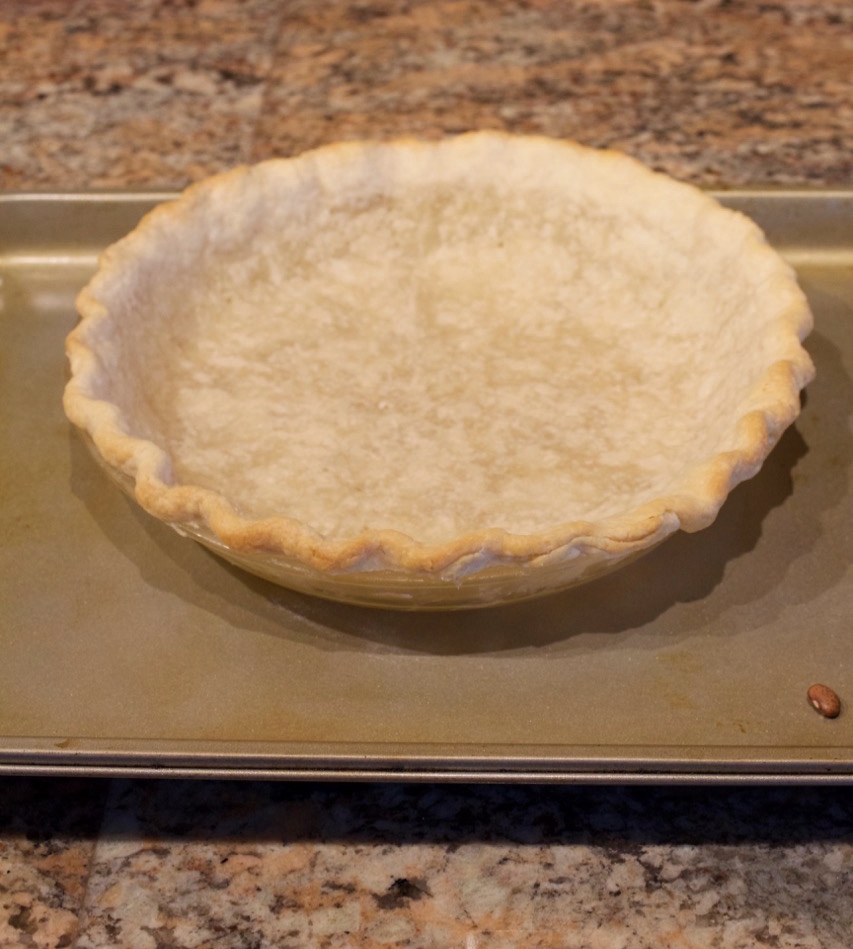 In some cases, a pie shell is only partially pre-baked, such as pies that do not require a long baking time. This is done because the pie filling might get done before the bottom crust has time to thoroughly bake, resulting in a soggy crust. The empty pie shell is partially pre-baked for a few minutes, prior to pouring the filling into the shell. The pie goes back into the oven so the filling can bake while the crust finishes baking.

Some pie recipes such as pumpkin, custard, chess, and pecan require partially pre-baking the crust.  This happens frequently with recipes that are baked in a shallow pie dish.  The filling bakes quickly, not allowing the bottom crust to get baked through unless you partially pre-bake the crust first.

Pie shells that must be fully pre-baked 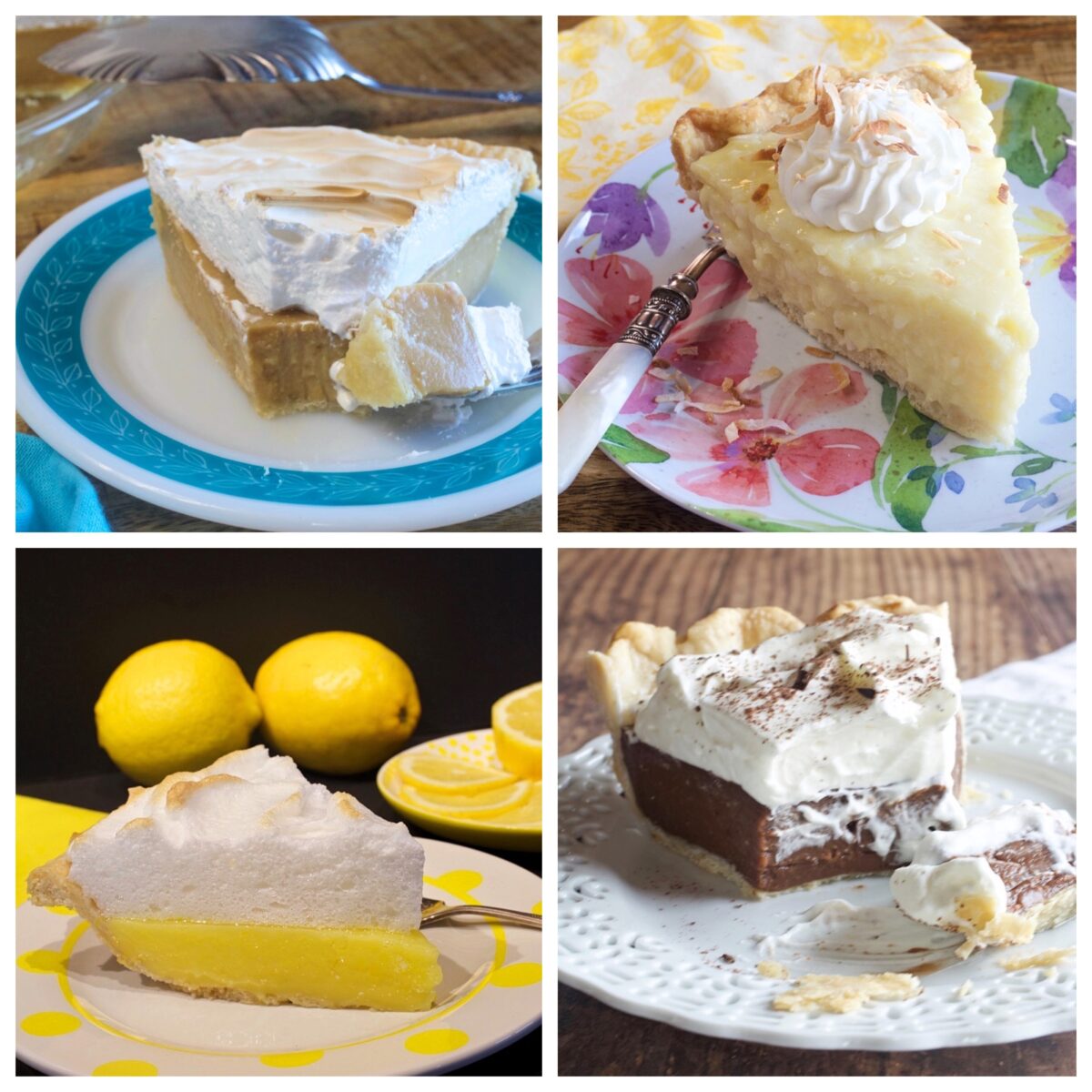 There are some pie shells that get pre-baked until the pie shell is totally baked into a crust. These crusts are used for pie fillings that do not require getting baked in the oven, such as cream and refrigerator pies.

The pies pictured above are all pies that don’t require the filling being baked in the oven.  The fillings get cooked on the stovetop and poured into a pre-baked pie shell.  As you can see in the pictures above, I don’t like a really thick bottom crust.  I like mine thin and flaky, therefore, I roll mine out to no thicker than 1/8-inch. 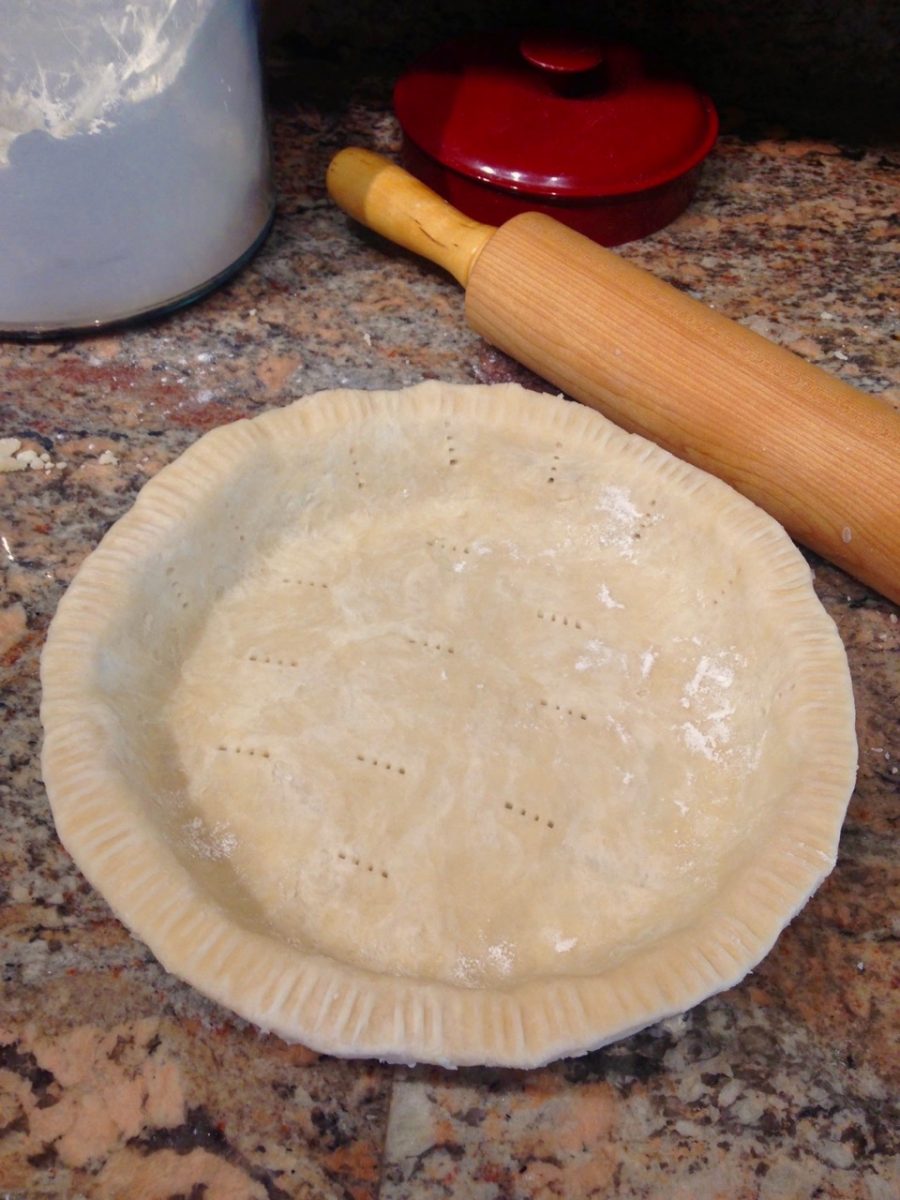 WHEN IS IT NOT NECESSARY TO PRE-BAKE A PIE CRUST? 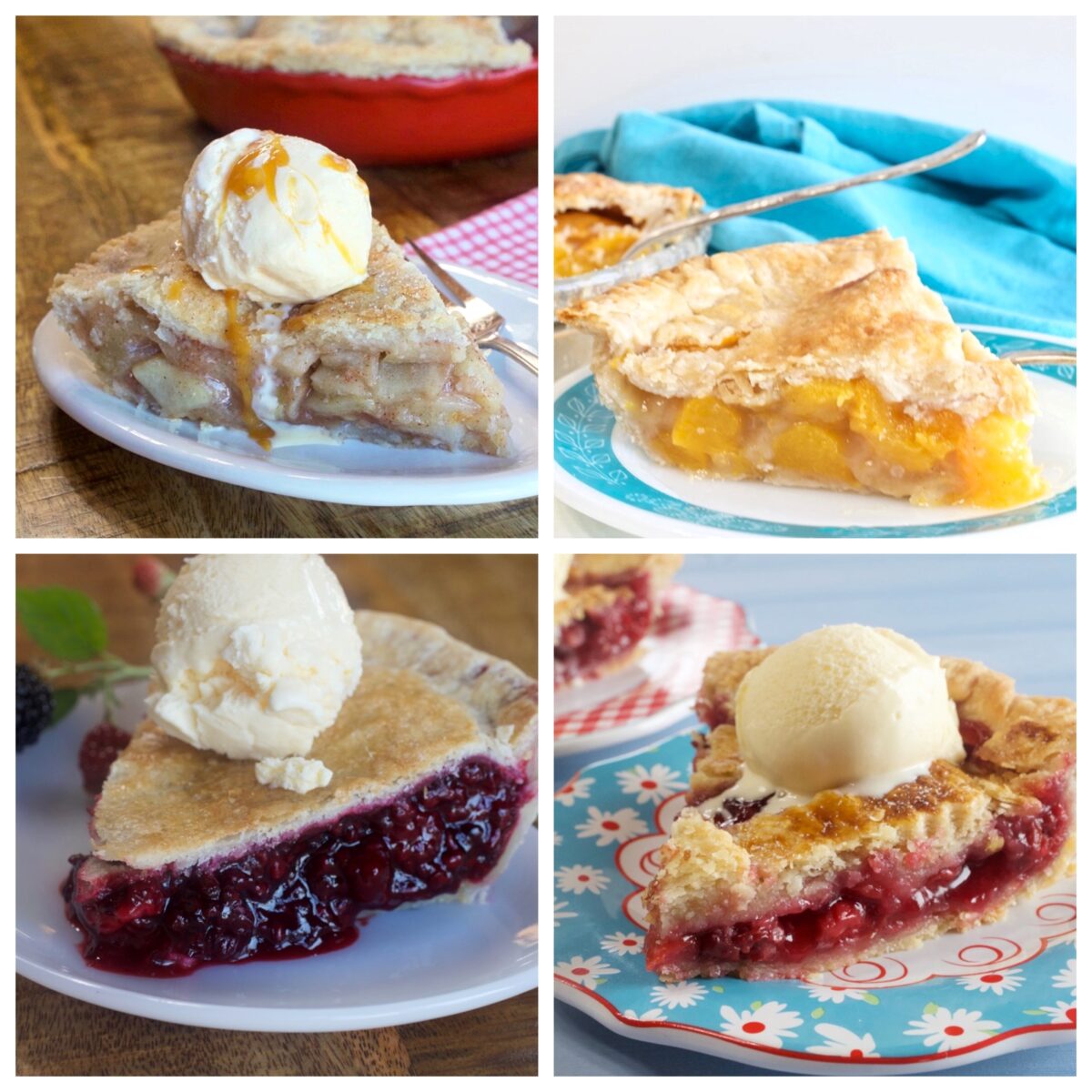 Check out Pie Crust Washes – The Perfect Finishing Touch to see how to finish your pie crust and make it look beautiful.

There may be affiliate links in this post. We are a participant in the Amazon Services LLC Associates Program, an affiliate advertising program designed to provide a means for us to earn fees by linking to Amazon.com and affiliated sites.
Baking & Cooking Tips Holiday Pies, Crisps & Tarts Recipes

END_OF_DOCUMENT_TOKEN_TO_BE_REPLACED
©2023 My Country Table. All Rights Reserved. Design by Purr.