These Blackberry Dumplings are a southern favorite.  They are big fluffy dumplings that soak up lots of juice from a syrupy bath of blackberries.  They also go hand in hand with vanilla ice cream! 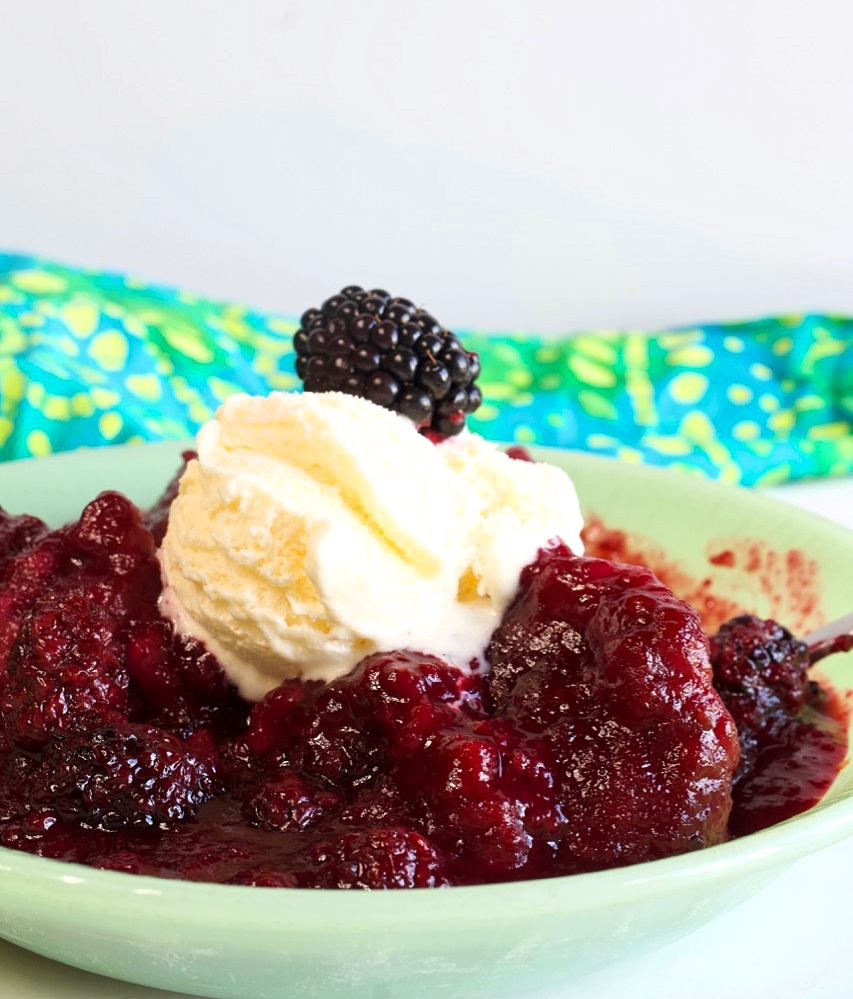 When I was a kid and saw my mother bringing blackberries, sugar, and water to a boil, I knew I was about to indulge in a wonderful dessert, if I ate all of my dinner.  That was never a problem either.  I usually cleaned my plate and ate some of my picky twins’ food, so she could get dessert too.

Blackberry Dumplings are usually made one of two ways.  There are the rolled out flat dumplings that some prefer.  Some people cheat on these and cut up canned biscuits.  Then there are the fluffy drop dumplings.  I  like both, but I guess these fluffy ones are my favorite because they are the ones my mother always made. 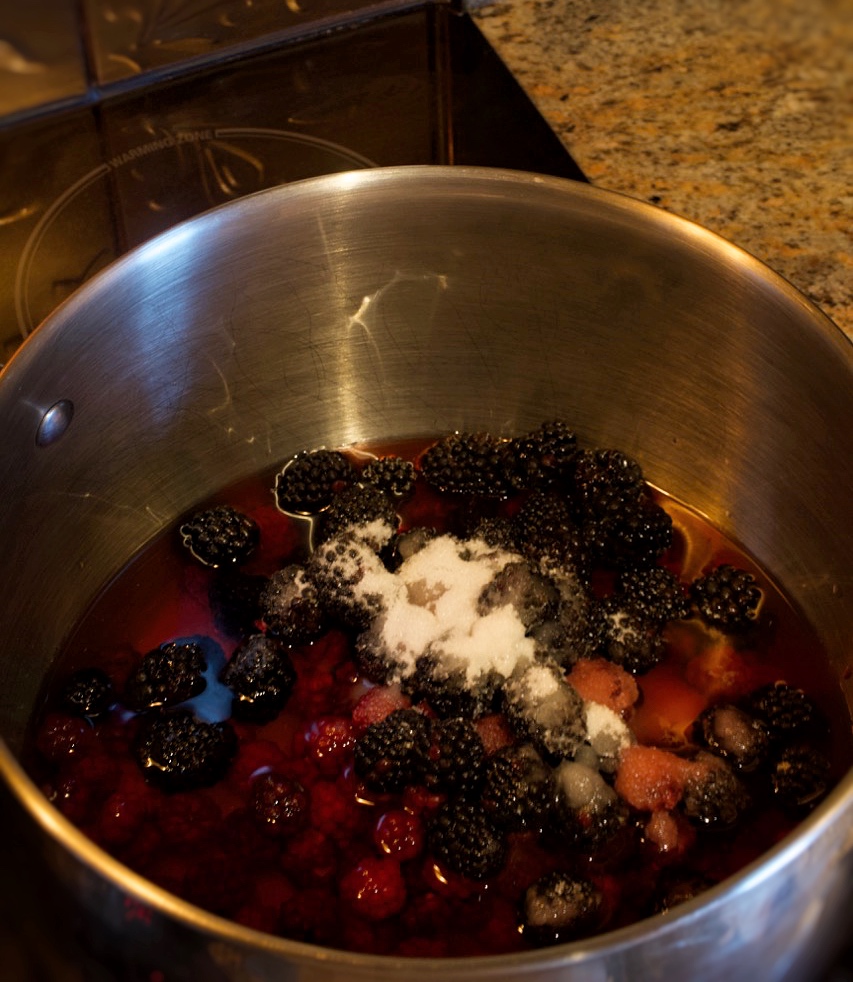 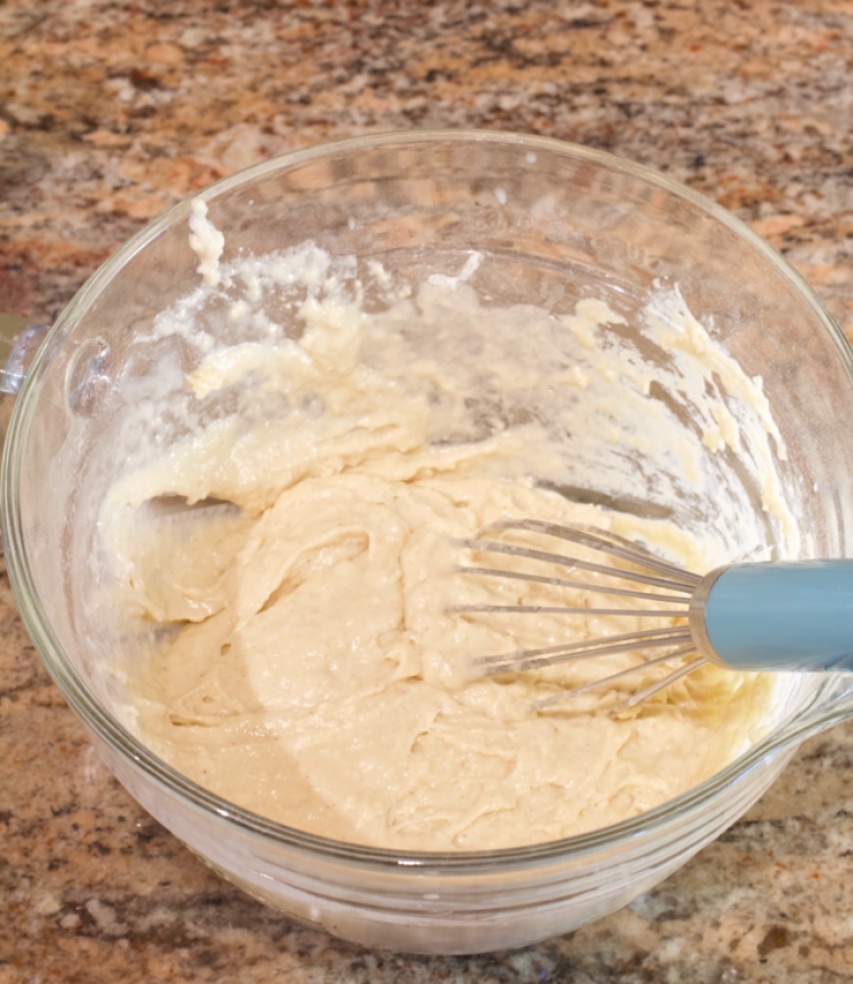 It takes less than five minutes to mix up the batter, and these dumplings come out light and fluffy every time.  They are made from flour, sugar, cinnamon, salt, baking powder, and milk.  The batter gets mixed and allowed to rest for about 5 minutes.  Meantime the heat gets turned back on under the blackberry mixture. 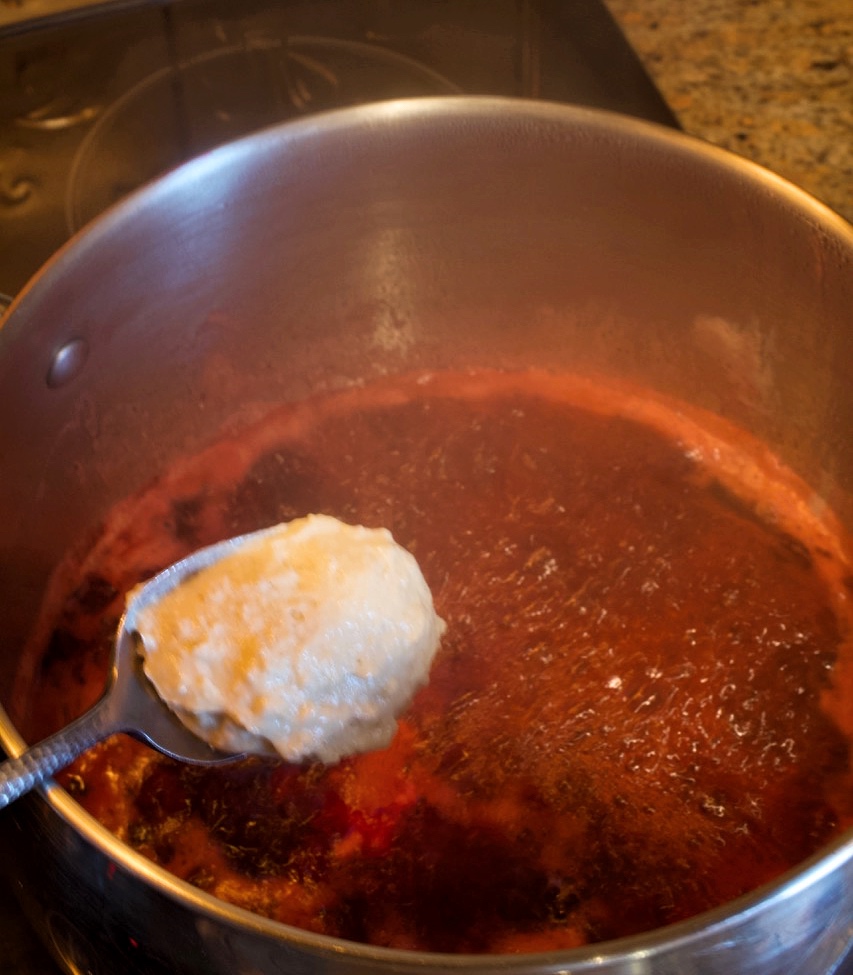 Large spoonfuls of the batter get dropped into the boiling blackberry mixture.  The batter makes about 10 large dumplings.  The heat gets turned down to a simmer and a lid is placed on the pot.  It’s important to allow the dumplings to simmer for 15 minutes without raising the lid. 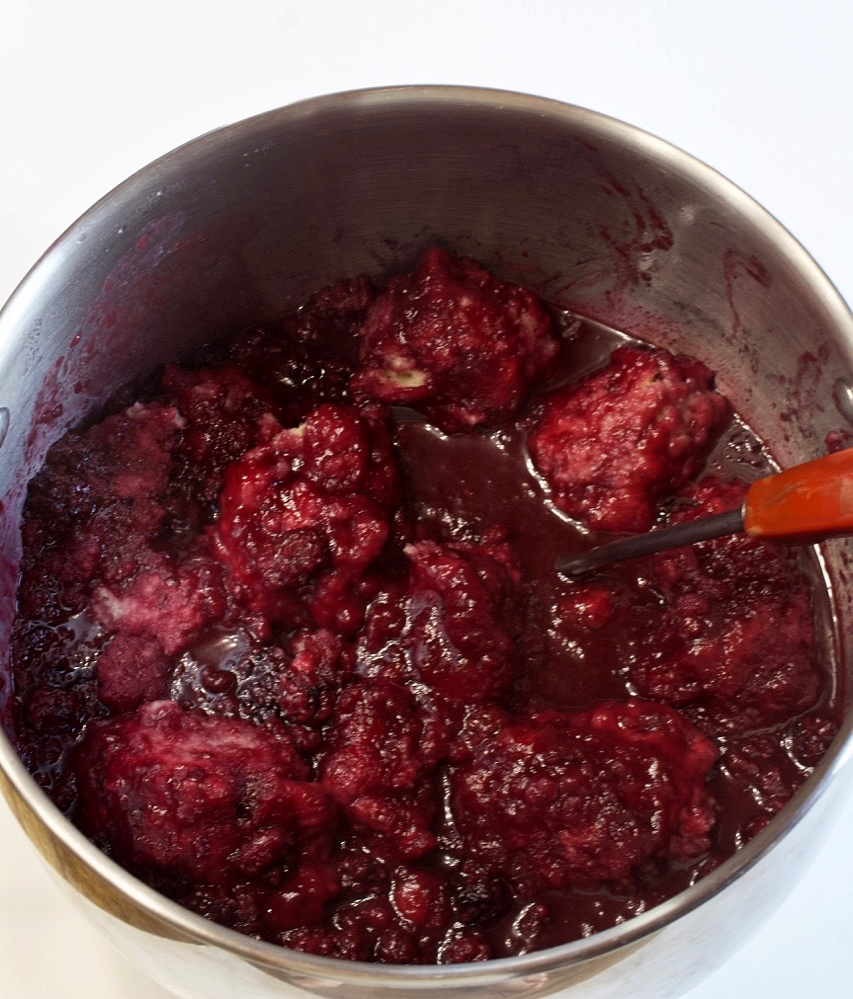 Once they are cooked through, they gently get turned over with a spatula so that both sides of the dumplings can soak up the juices. 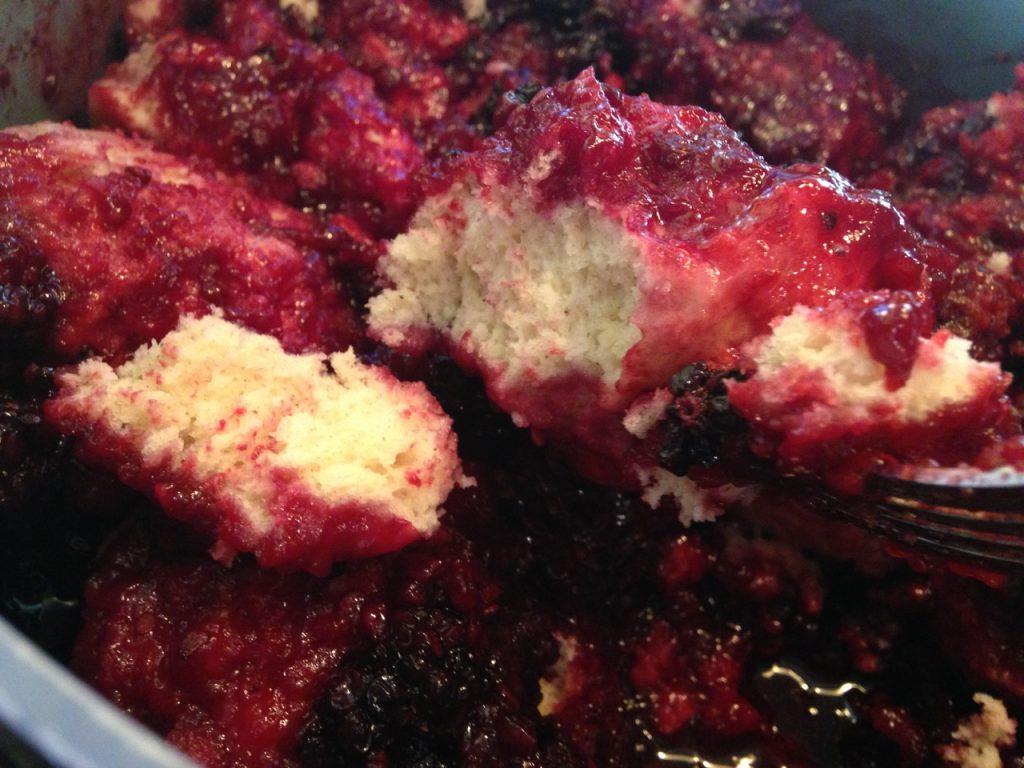 When you cut into one of the dumplings, they are light, fluffy, and soft. 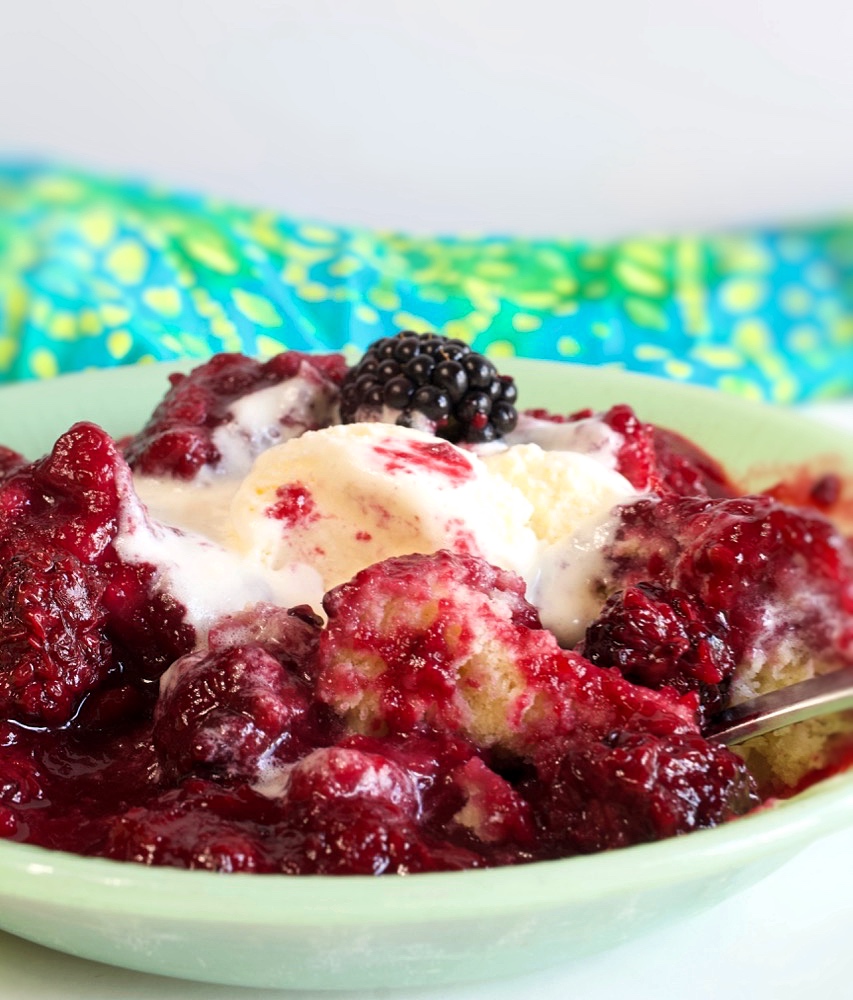 This recipe was pulled from my archives and updated with new photos, originally posted 8/7/2016.

These blackberry dumplings are big, fat and fluffy and they soak up lots of syrupy blackberry juices.  They are absolutely divine and even better with a scoop of vanilla ice cream!

For the Blackberry Sauce

For the Blackberry Sauce

For the Blackberry Dumplings

There may be affiliate links in this post. We are a participant in the Amazon Services LLC Associates Program, an affiliate advertising program designed to provide a means for us to earn fees by linking to Amazon.com and affiliated sites.
Desserts Pies, Crisps & Tarts Recipes Summer 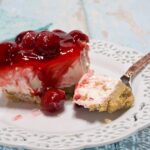 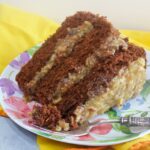 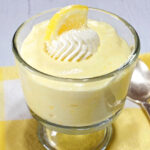 ©2022 My Country Table. All Rights Reserved. Design by Purr.