These adorable Snow Globe Cupcakes are almost too cute to eat.  The snow globes are made of edible gelatin bubbles that are perched on top of each cupcake and enclose a cute edible or toy favor.  How cute is that?  Bake your favorite cupcakes and make these super cute edible snow globes to place on top.  The kids and adults will be so impressed!

Two years ago I came across these adorable Snow Globe Cupcakes on Pinterest.  I just knew that I had to try and make them one day.  By the way, the genius creator behind these wonderful little creations is Elizabeth over at sugarhero.com.   After reading Elizabeth’s post on these cupcakes, I figured I might need to experiment with the gelatin bubbles at least once before the holidays, so I enlisted the help of my friend Sandra to help me with my first attempt.

This recipe has two basic parts, gelatin bubbles, and cupcakes.  I listed both recipes separately below this post.  The cupcakes are very basic and easy.  The gelatin bubbles are a little more involved.  Therefore, I’m going to share the steps of making the gelatin bubbles below. 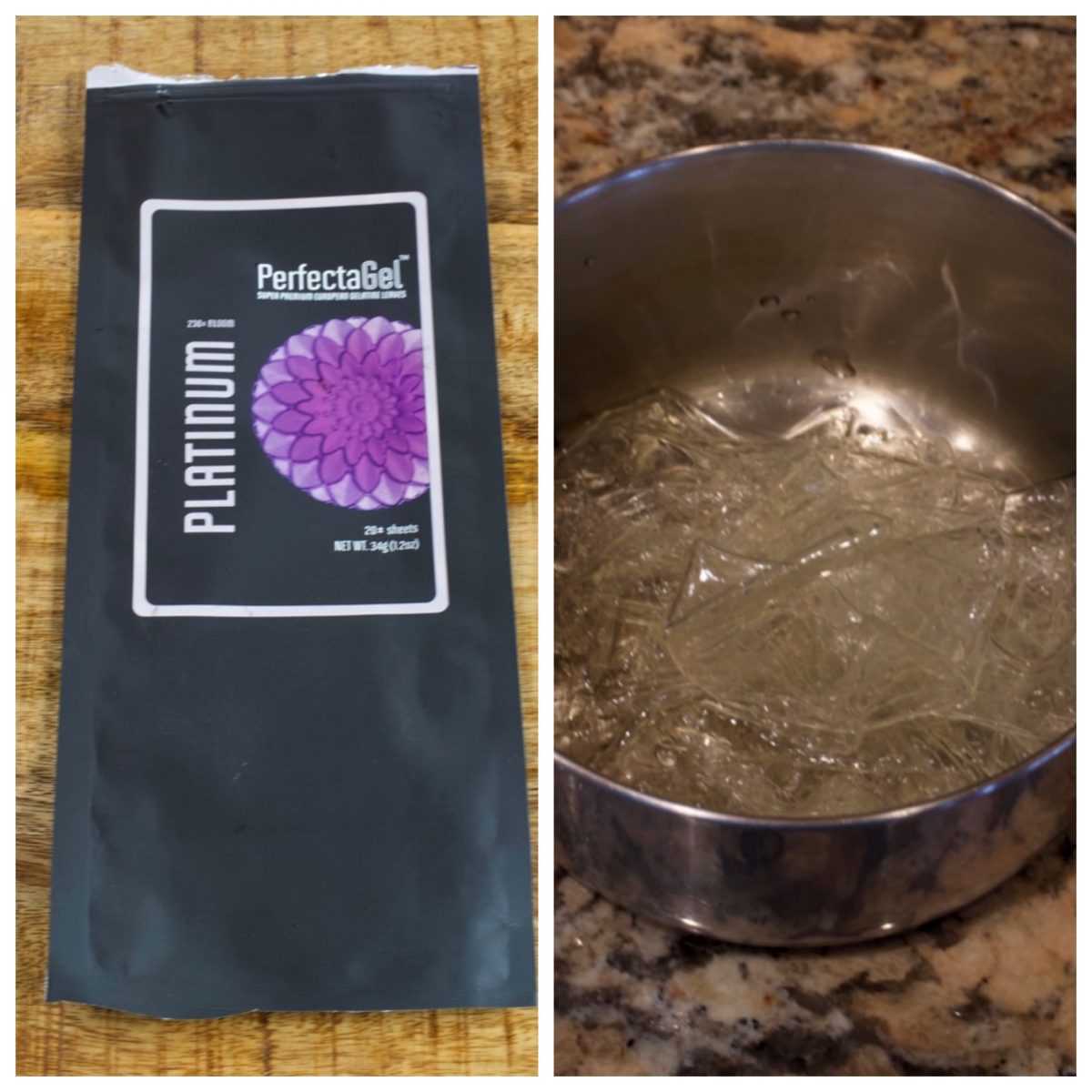 There is gelatin and then there is GELATIN.  Elizabeth did all of the research and testing on gelatin, making it easy for the rest of us.  She doesn’t suggest using dry powdered gelatin, such as Knox, for the bubbles.  If you use the powdered gelatin, the bubbles will turn out a dingy brown color.  To make pristine/clear bubbles you need to use gelatin sheets, also known as leaf gelatin.  There are different grades of gelatin sheets, bronze, silver, gold, and platinum.  Elizabeth recommends the platinum because it’s the strongest and clearest.  Gelatin sheets are normally found at your local grocery store.  I ordered the ones pictured above online…the same ones Elizabeth used.

Note:  The gelatin bubbles need to be dipped and left to dry for 24 hours prior to using them. 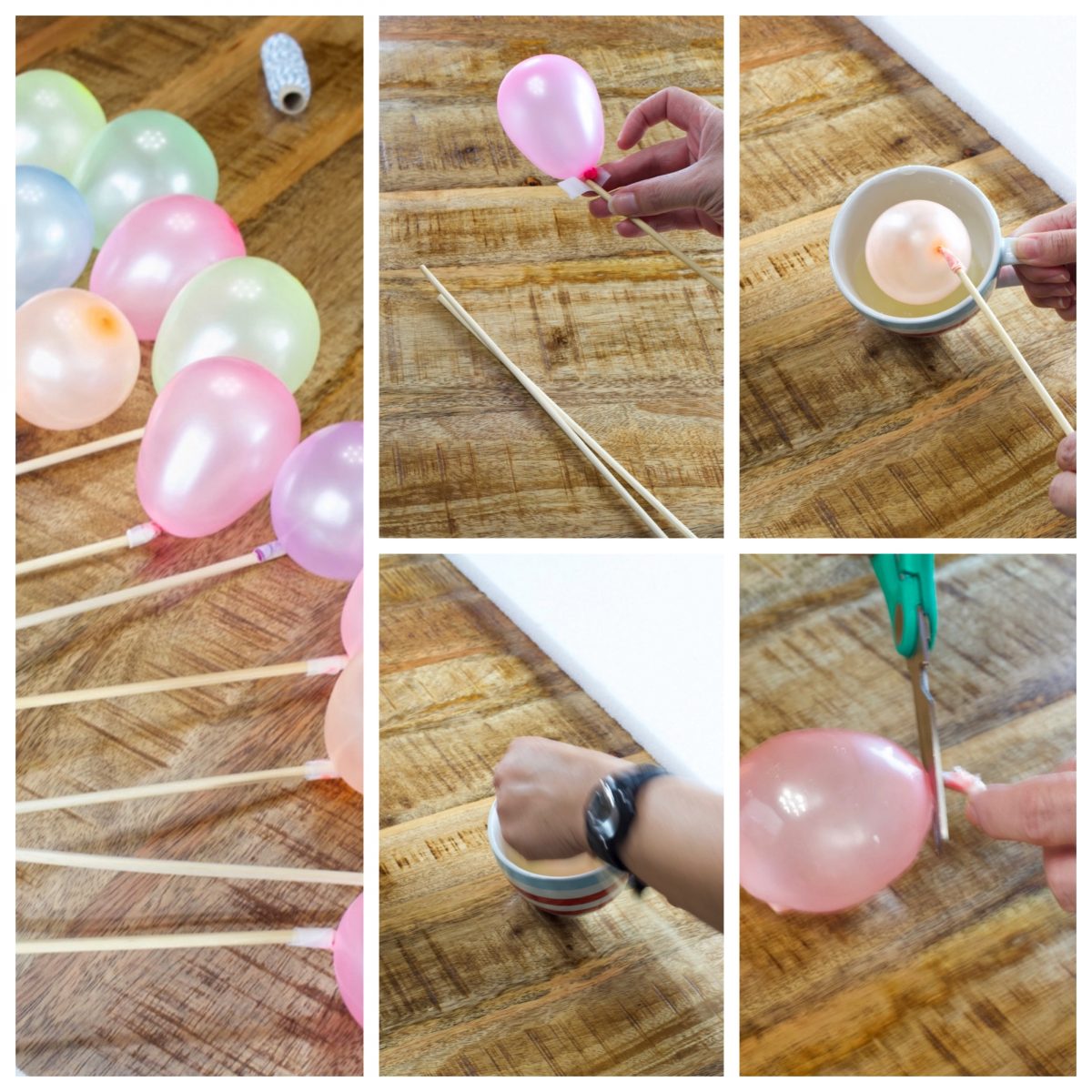 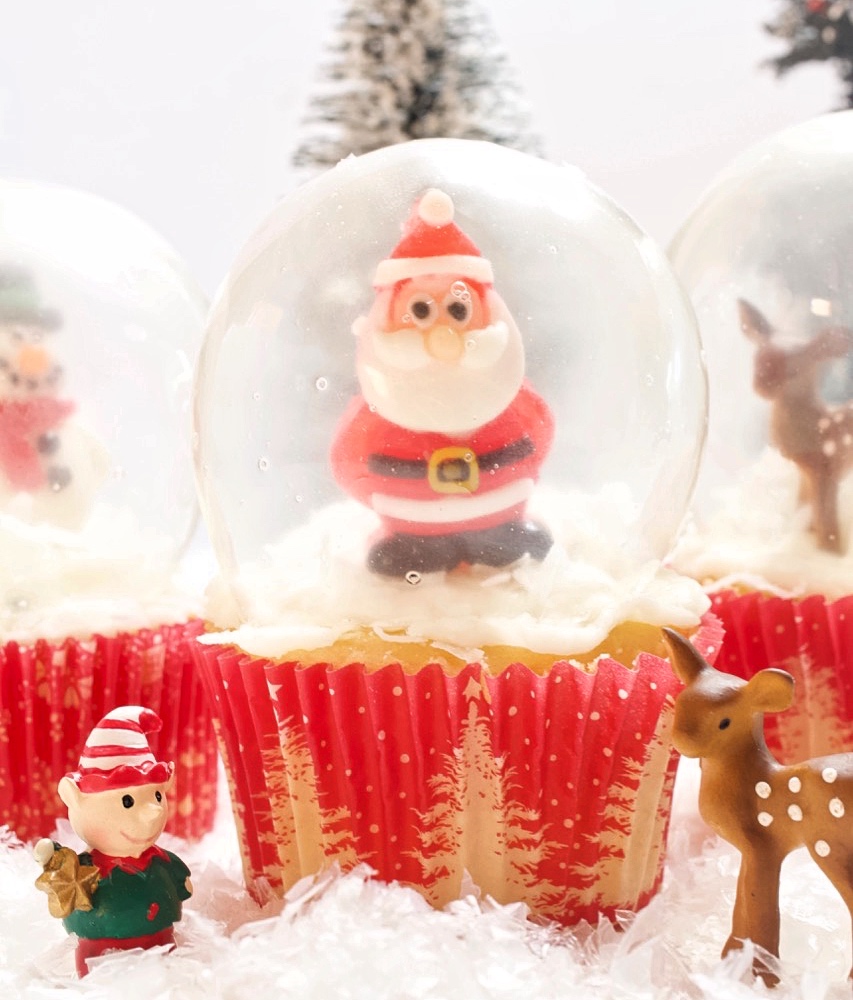 As you might have realized by now, this recipe is one that you want to make ahead of time, and I consider it an intermediate level recipe.  You don’t really need to enlist the help of a friend to make these adorable little cupcakes, but it’s fun to have help!  You also don’t need to make this as a Christmas theme only cupcake.  They would be so cute for birthdays too!

Don’t forget, for more detailed tips and a video tutorial see Elizabeth’s post over at …

It’s best to use Platinum Gelatin Sheets for these bubbles, if you want clear pristine bubbles.  The dry powdered gelatin will result in cloudy, dingy looking bubbles, and who wants a dingy snowglobe!!  Make sure you make the bubbles 24 hours prior to using them.

If you must use powdered gelatin, see Elizabeth’s tips on how to use it here..

Total prep time does not include drying time.

Please see the original recipe at https://www.sugarhero.com/snow-globe-cupcakes-gelatin-bubbles.  Elizabeth is the genius creator of these wonderful cupcakes and she shares step by step photos plus a video tutorial  of how to make these amazing cupcakes.

There may be affiliate links in this post. We are a participant in the Amazon Services LLC Associates Program, an affiliate advertising program designed to provide a means for us to earn fees by linking to Amazon.com and affiliated sites.
Christmas Cupcakes Desserts Holiday Recipes

END_OF_DOCUMENT_TOKEN_TO_BE_REPLACED
©2023 My Country Table. All Rights Reserved. Design by Purr.