This moist and tender Smoked Beef Brisket gets its wonderful flavor by using two simple staples, kosher salt, and black pepper, along with the use of wood chips and water and slow smoking. 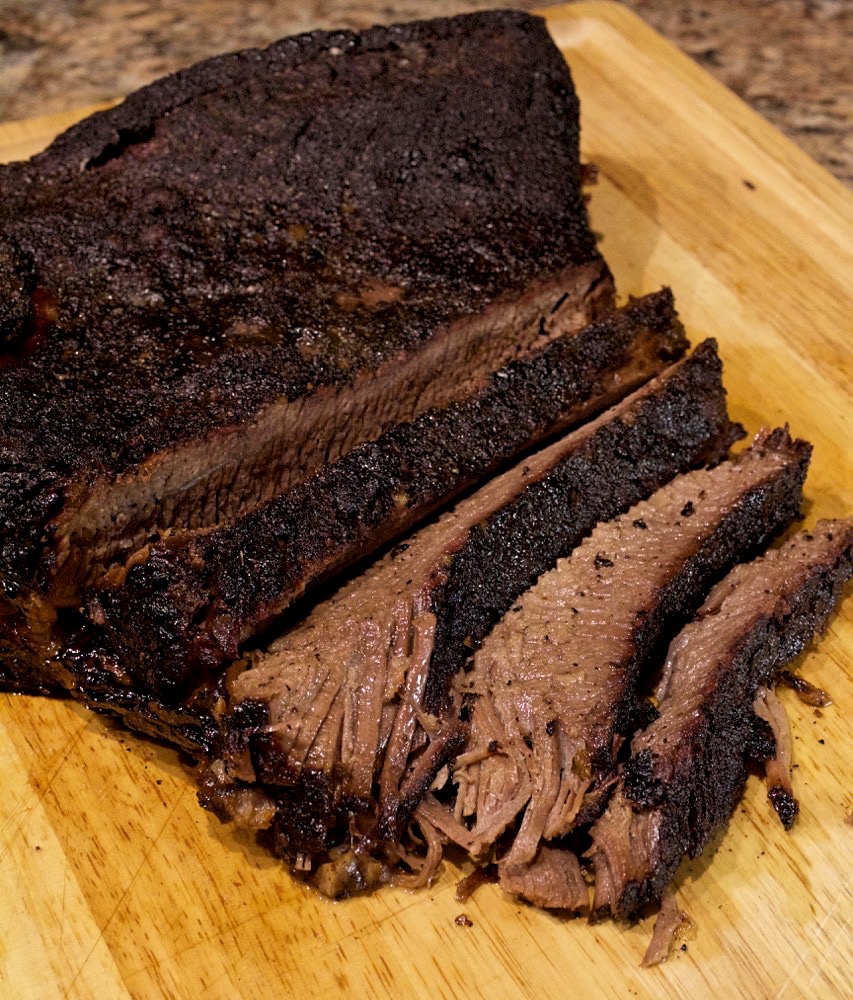 I never knew that Smoked Beef Brisket could be so simple to make, with just two simple kitchen staples, yet so unbelievably tender and full of flavor, until I made this one.  I honestly believe that so many people overthink the seasoning of meat.  I’m going back to the basics today, the basics from many years ago before so many cooks started messing with a good thing.  If it’s already perfect, why try to fix it? 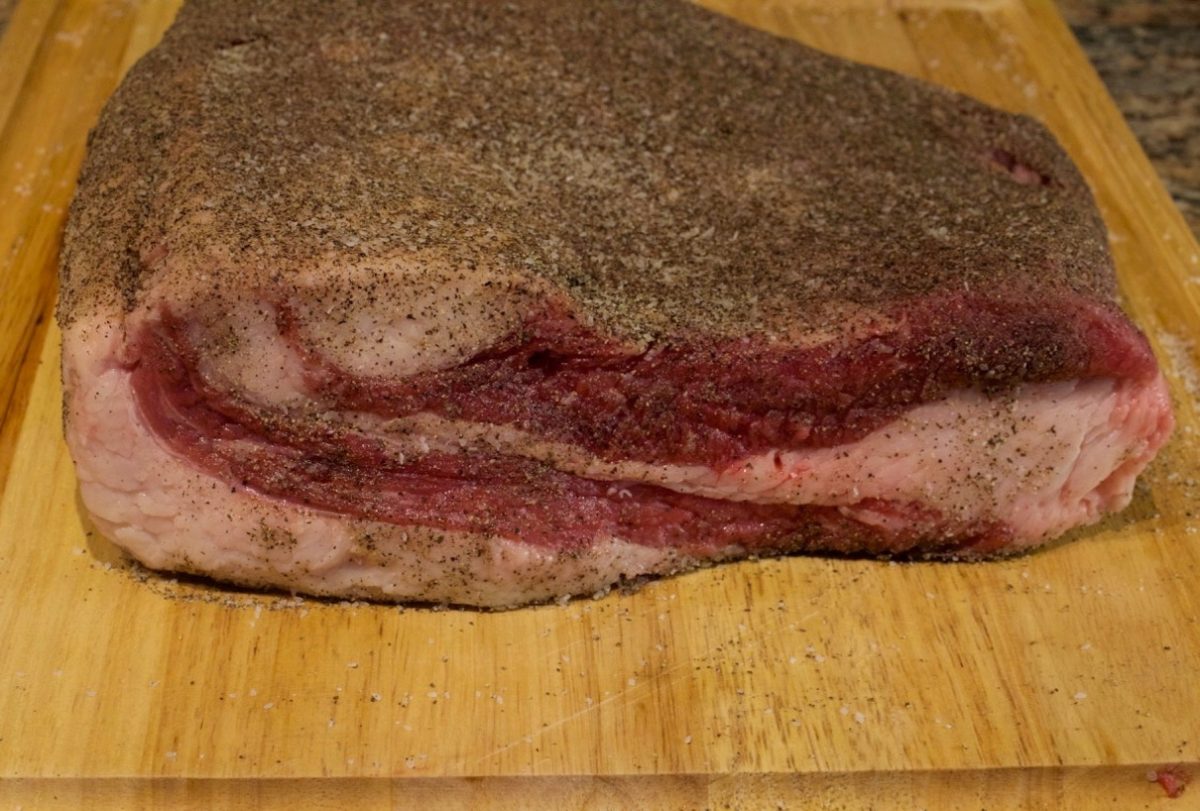 Here are my tips for smoking a perfect beef brisket… 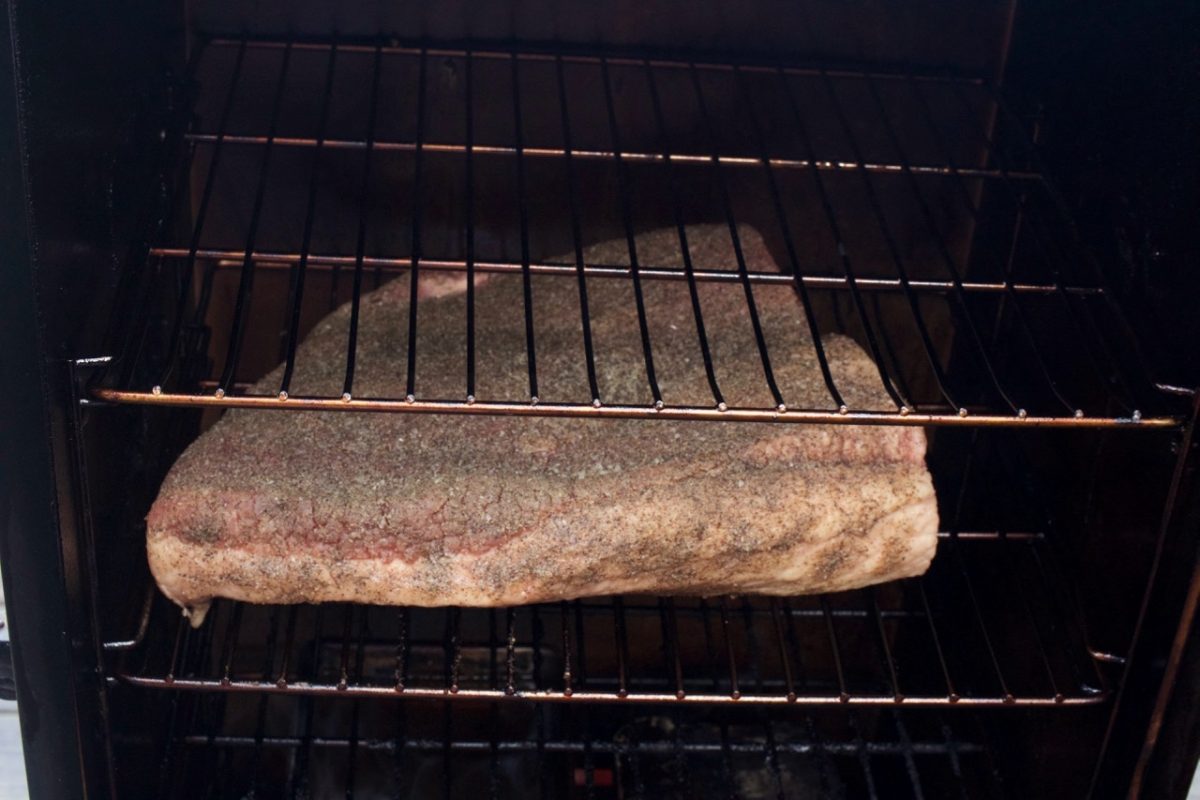 Here’s how I smoked my brisket…

After seasoning the brisket, I placed it directly on the rack of my smoker over the water and wood chip trays.  I allowed the brisket to smoke at 275 degrees for at least four hours before testing it.  Here’s the tip to testing it…

After testing it, I removed the brisket from the smoker.  I wrapped it tightly with heavy foil and returned it to the smoker.  Here’s why… I smoked it unwrapped just long enough for it to pick up the smoke flavoring and lose only the amount of moisture that it needed to lose.  Then I wrapped it in order for it to contain the remaining moisture and also allow the collagen in the meat to continue to render.

I smoked it for approximately 1 more hour and removed it from the smoker.  You can also test it with a meat thermometer.  The thermometer should read around 180 degrees for well done.

If you’ve smoked brisket and the end result was a great taste yet the texture was tough, I’ll explain why.  You removed the meat from the smoker during the stall period.  The stall period is a period throughout the cooking process when the cooking appears to stop.  You can test the meat several times within a couple of hours and keep getting a reading of 160 – 170 degrees.  The temperature has leveled off.  You might think the temperature is never going to go up, so you might finally go ahead and remove the meat from the smoker.  After all the FDA guideline of 145 degrees for beef has been met, so what’s the harm?

So what happens when you remove the brisket during the stall?  You’ll have a pretty piece of brisket that also has flavor, but it will be very tough.  A good thing cannot be rushed.  You just have to hang in there and wait.  The temperature will finally start to rise again.  A longer explanation of this would have to be a long story for another day. 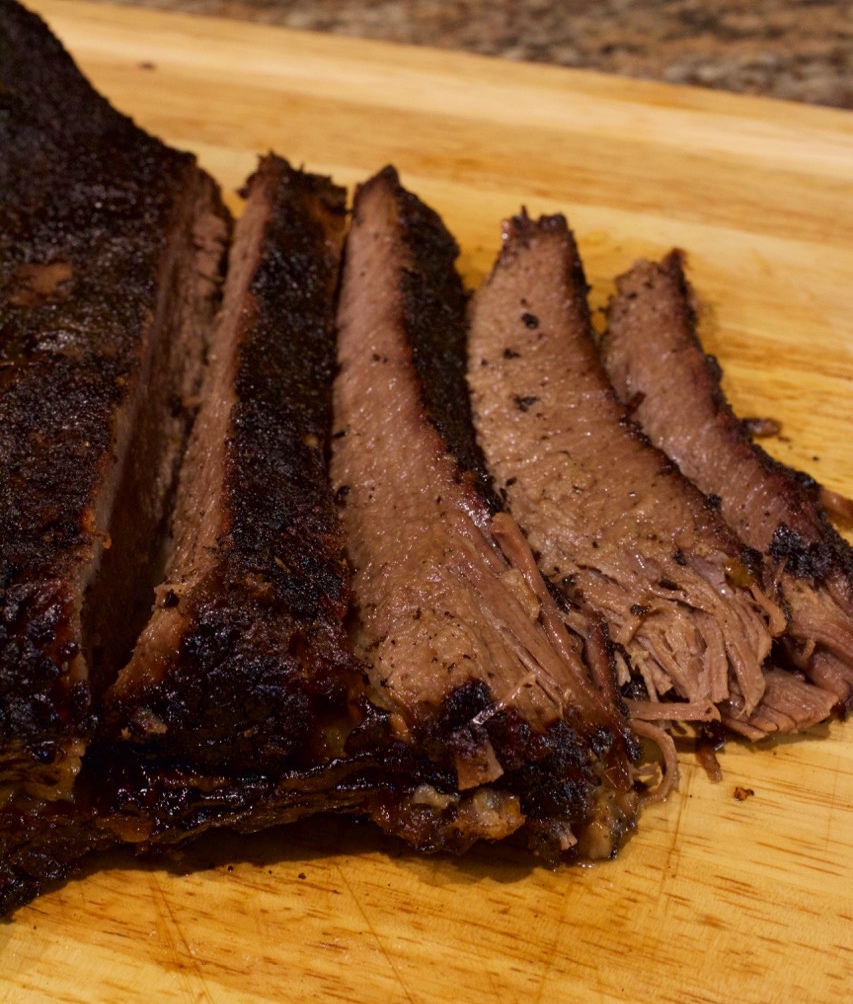 I allowed the brisket to rest for at least 1/2 hour before unwrapping and slicing it.  This is an important step.  It allows the meat to absorb and retain all of the juices.  For the most tender slices of meat, cut the meat across the grain.  The pictures you see here are from two different briskets that I smoked and sliced differently, due to the way I was serving them. 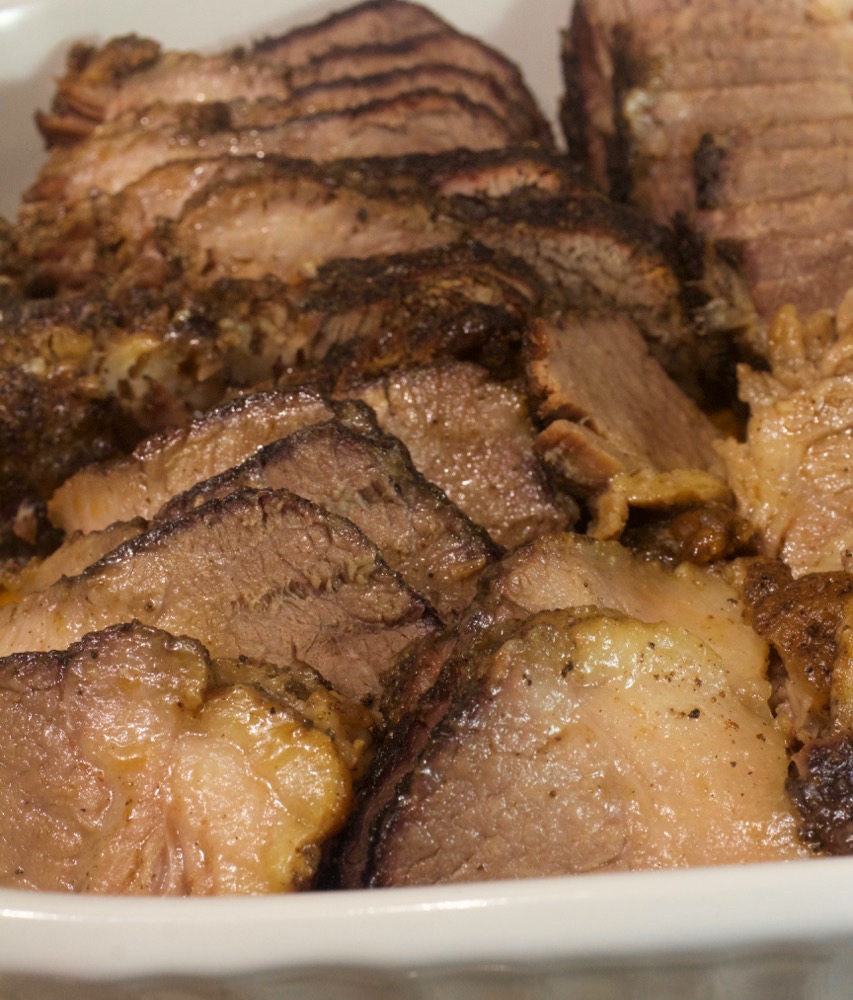 I’m by no means an expert on smoking meat, but I think you will be amazingly pleased if you try this recipe.

Kosher salt, pepper, and good ole’ smoke give this Smoked Beef Brisket its wonderful flavor and tenderness. Simple but perfect!

There may be affiliate links in this post. We are a participant in the Amazon Services LLC Associates Program, an affiliate advertising program designed to provide a means for us to earn fees by linking to Amazon.com and affiliated sites.
Dinner & Sides Recipes

END_OF_DOCUMENT_TOKEN_TO_BE_REPLACED
©2023 My Country Table. All Rights Reserved. Design by Purr.