Chocolate Eclair Dessert is one of those light and delicious desserts that’s perfect for any occasion.  It’s made with layers of graham crackers that soak up a delectable filling of pudding and cool whip.  Then it gets topped with a rich chocolate frosting.  Delicious! 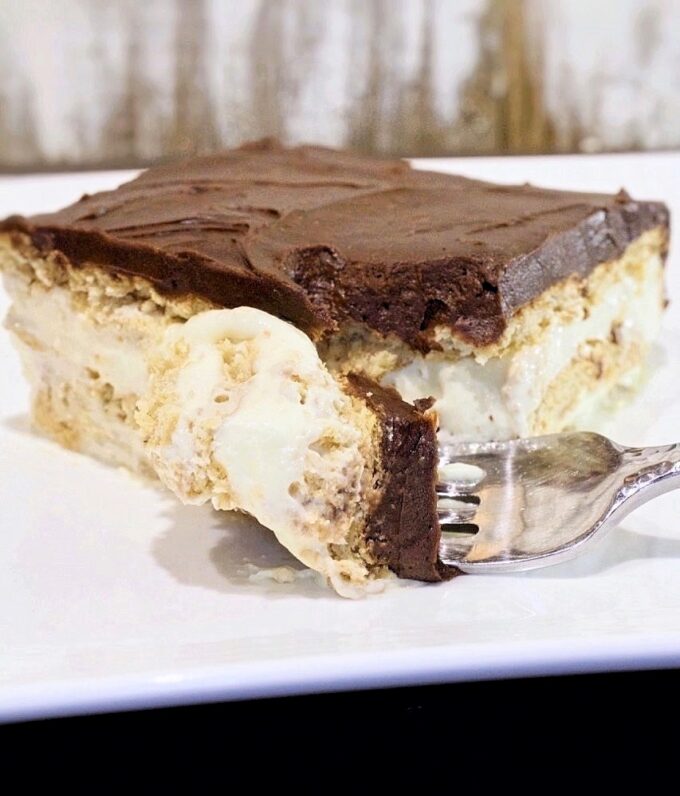 Chocolate Eclair!  You know…that age-old classic dessert that we’ve all indulged in from time to time over the decades.  Well, it’s still here and still popular today.  I speculate that one of the reasons is because it is one of the easiest desserts ever to make.  The second being that it’s so light, creamy and delicious! 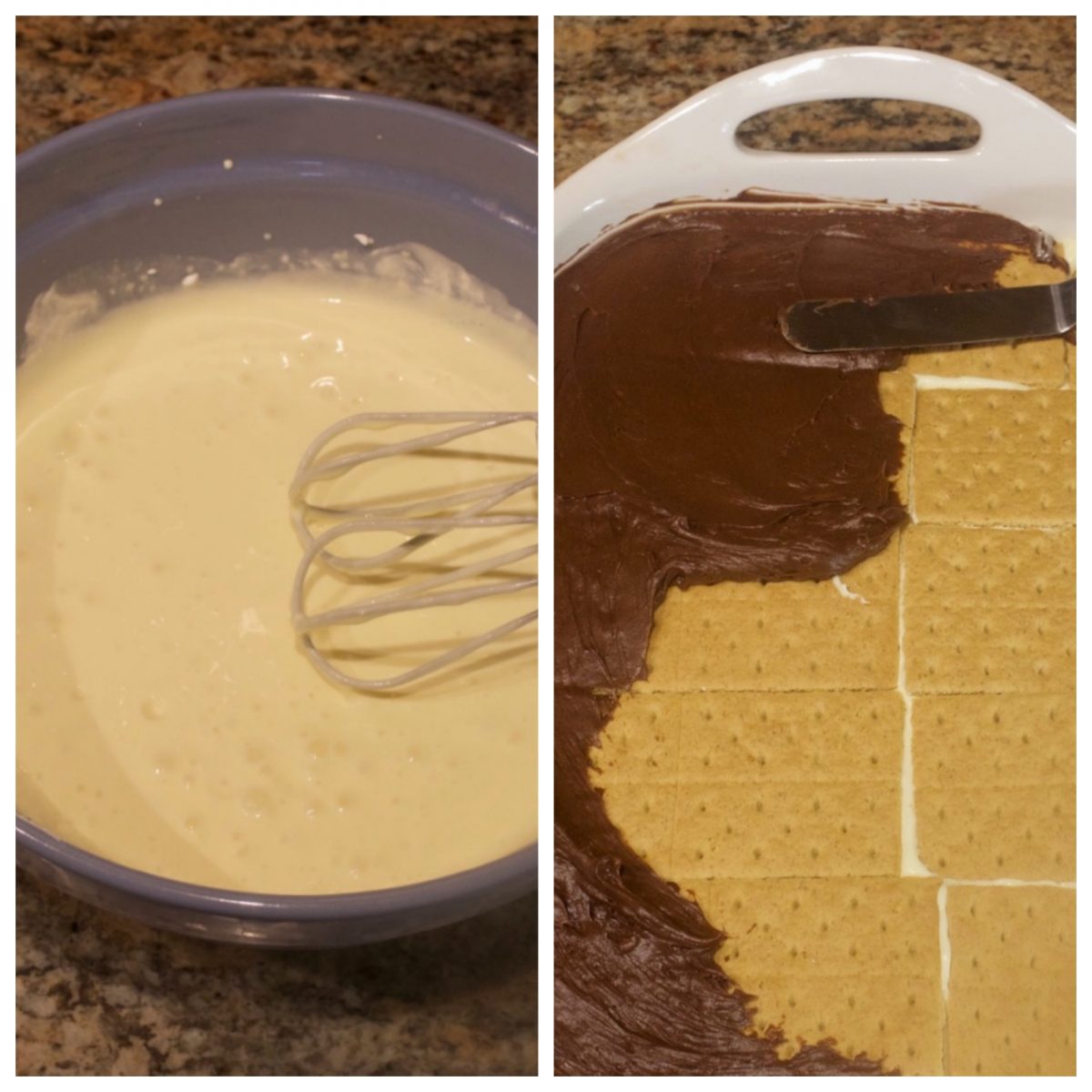 To be honest, it had been years since I made this quick and easy dessert when my son-in-law Brad mentioned it the other day.  He mentioned that throughout the years Chocolate Eclair had made a frequent appearance at his family’s holiday gatherings.  He also mentioned how well he liked it.  It just so happened that his birthday was this week, and just what do you think I made him?  While I was at it, I decided to whip up a second one to take to my father-in-law.  Yep…it was a hit! 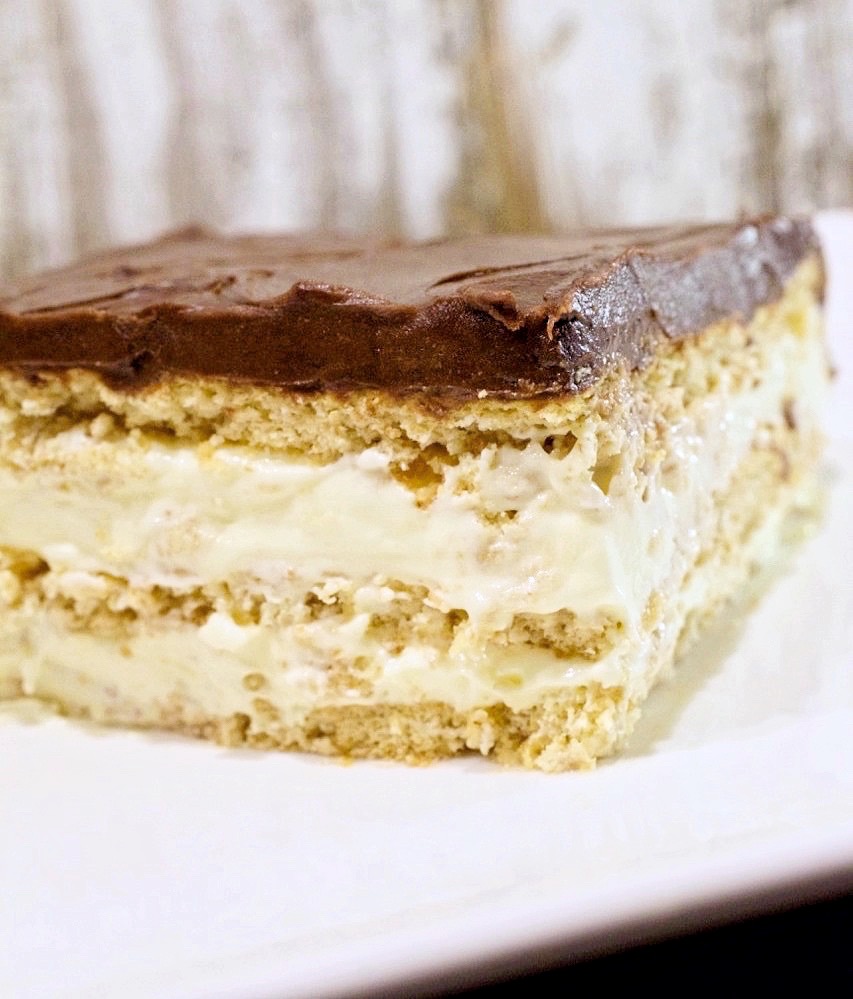 Layers of graham crackers soak up luscious layers of pudding and cool whip in this delicious Chocolate Eclair.  Then it gets topped with a layer of rich chocolate frosting!

For the Chocolate Eclair

For the Homemade Frosting (optional)

For the Chocolate Eclair

For the Homemade Frosting (optional)

There may be affiliate links in this post. We are a participant in the Amazon Services LLC Associates Program, an affiliate advertising program designed to provide a means for us to earn fees by linking to Amazon.com and affiliated sites.
Desserts Recipes Summer 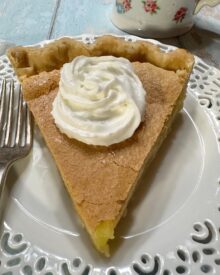 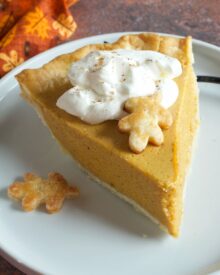 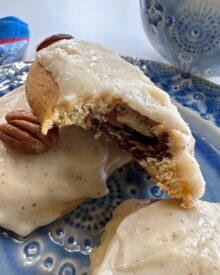 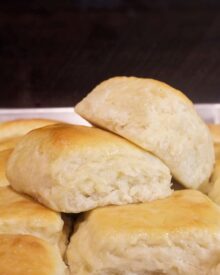 END_OF_DOCUMENT_TOKEN_TO_BE_REPLACED
©2022 My Country Table. All Rights Reserved. Design by Purr.