This Angel Food Cake is light and airy with a spongelike texture that almost melts on your tongue.  It’s delicious by itself with a dusting of powdered sugar, or you can serve it with fresh fruit, a dollop of whipped cream or a fresh fruit compote.  It’s delicious any way you serve it. 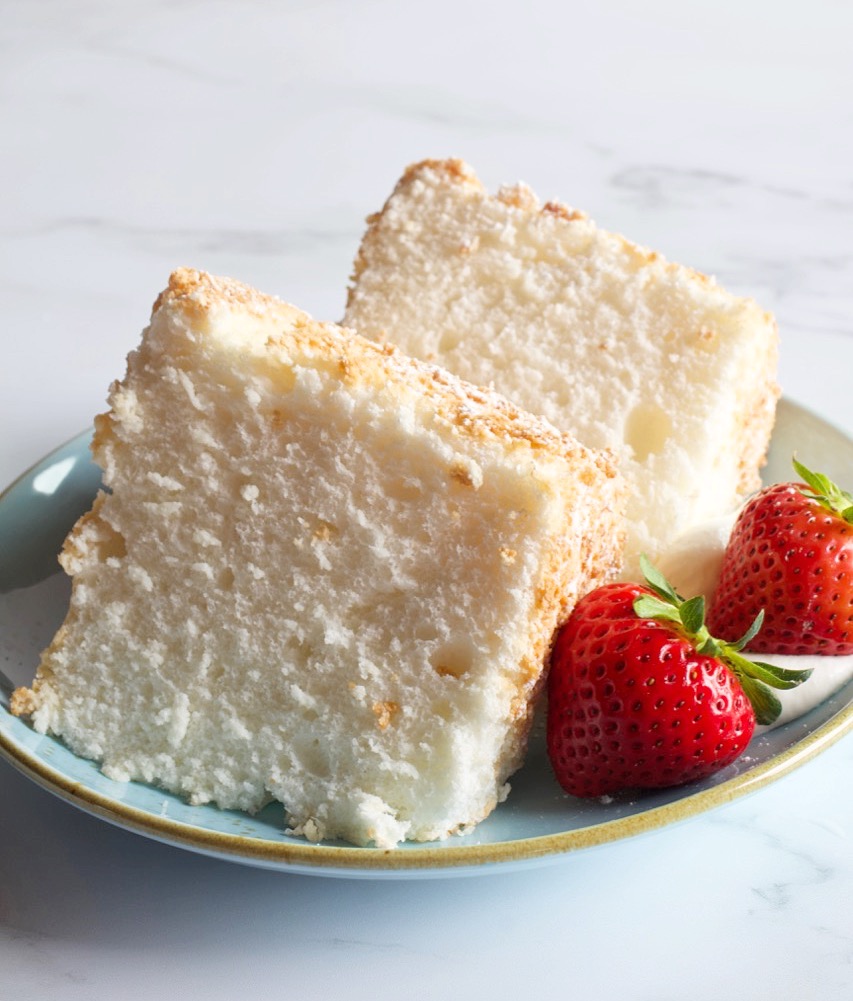 We’re all guilty of eating buttery cakes that are loaded with calories and frosted with creamy buttery frostings with even more calories, and we say to ourselves, but that’s what makes them taste great!  Well, guess what?  There’s one cake in my repertoire that doesn’t contain egg yolks, butter or fat of any kind.  That’s right it’s low-fat and it tastes great.  Have you been introduced to Angel Food Cake?  I’m sure you have since it’s been around for many years.  I remember my mother making this cake frequently in the Summer when lots of fresh fruits were in season.   It’s perfect by itself, served with fresh fruit or a fresh fruit compote.

Angel food cake is super easy to make, but there are a few simple steps that you need to follow to achieve the perfect cake. 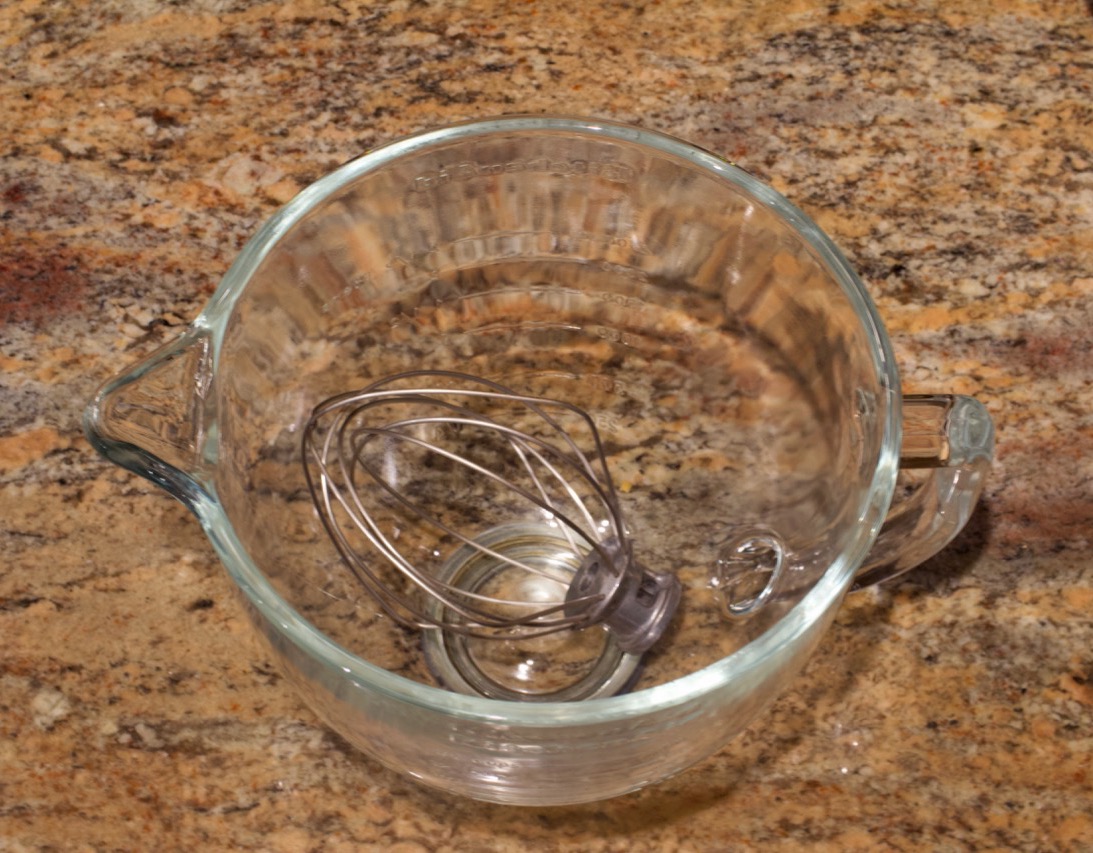 START WITH A CLEAN BOWL AND BEATERS 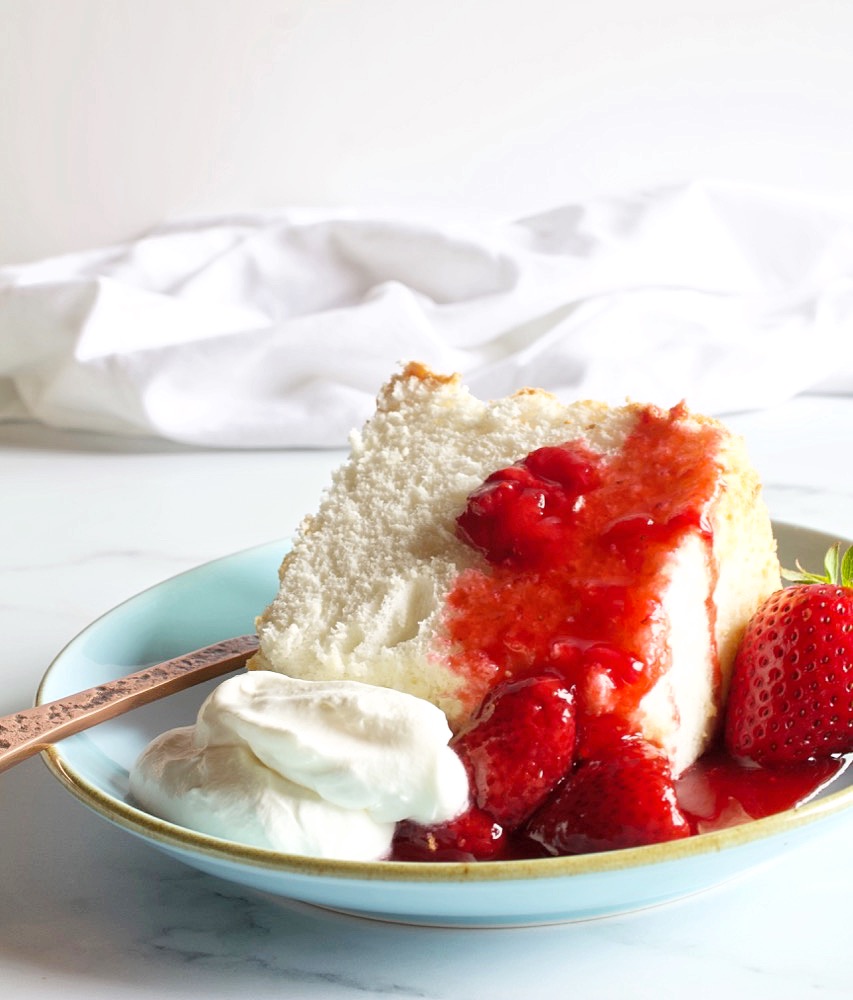 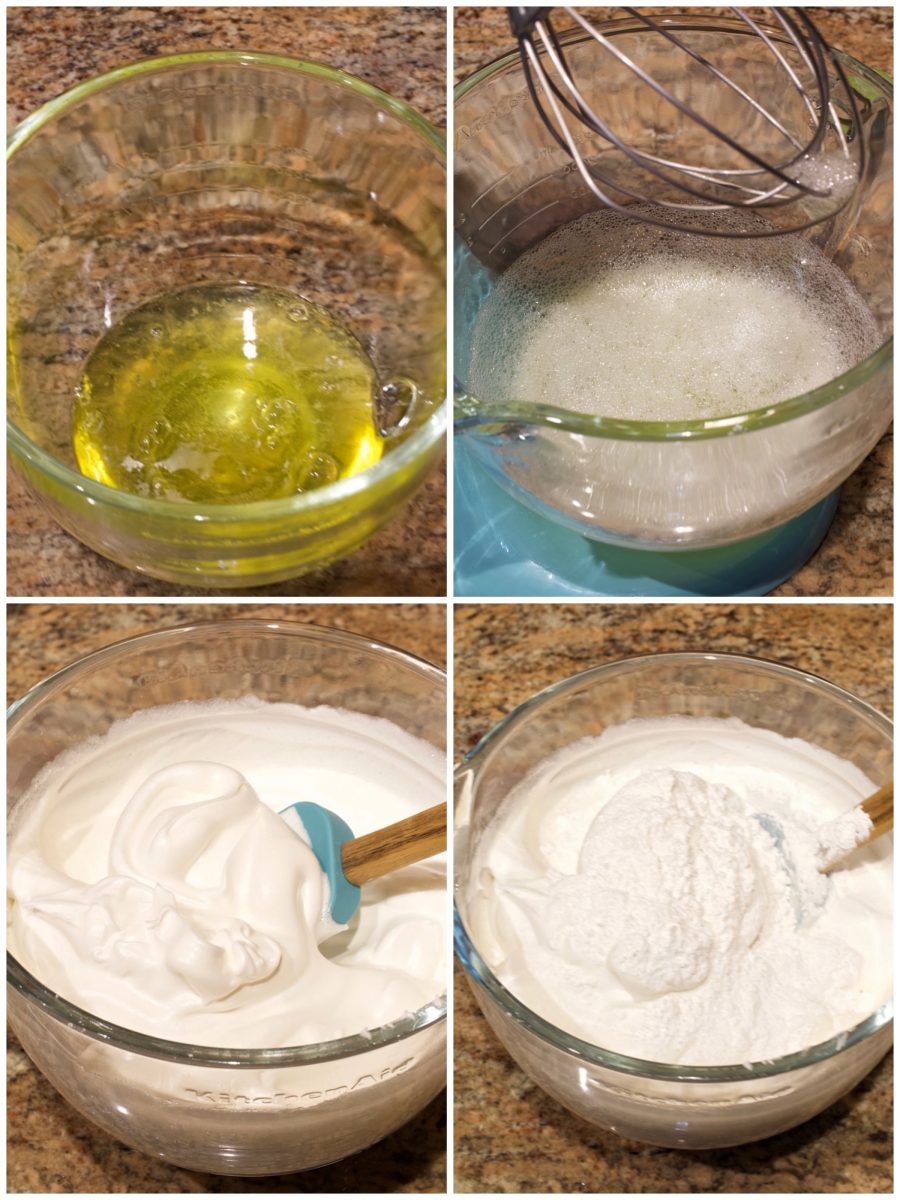 USE THE CORRECT PAN AND COOL PROPERLY 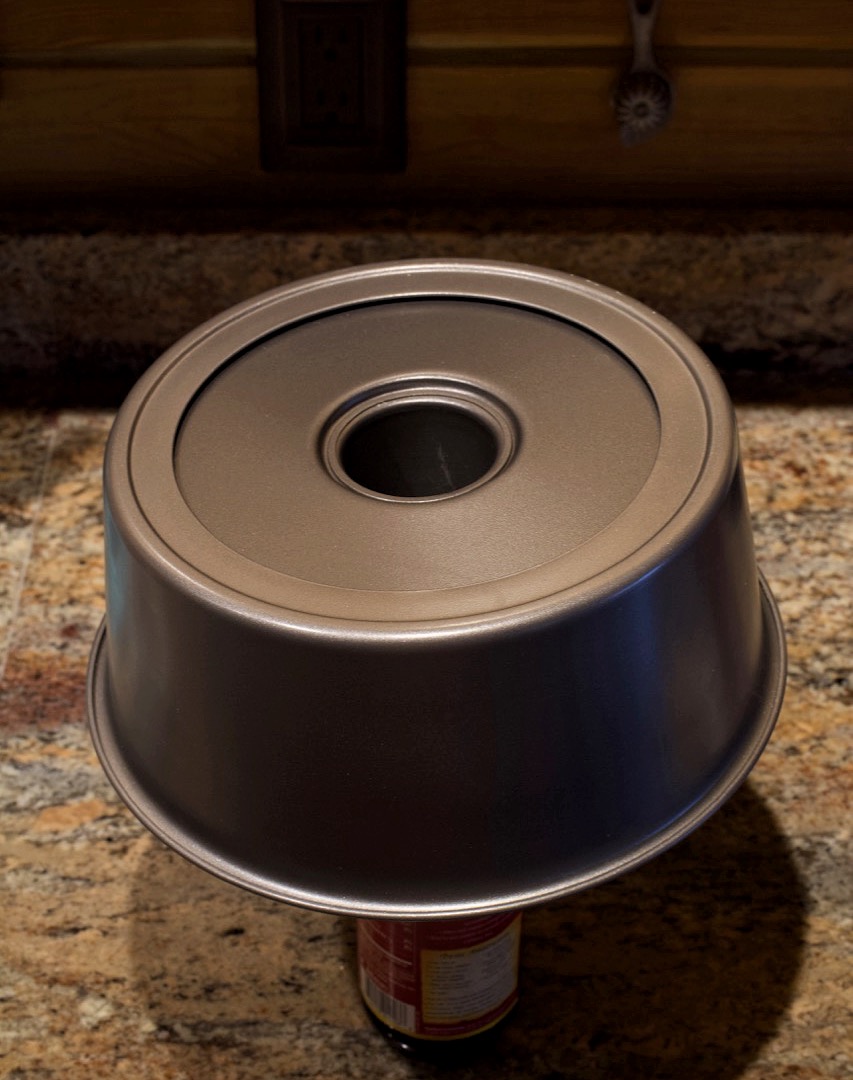 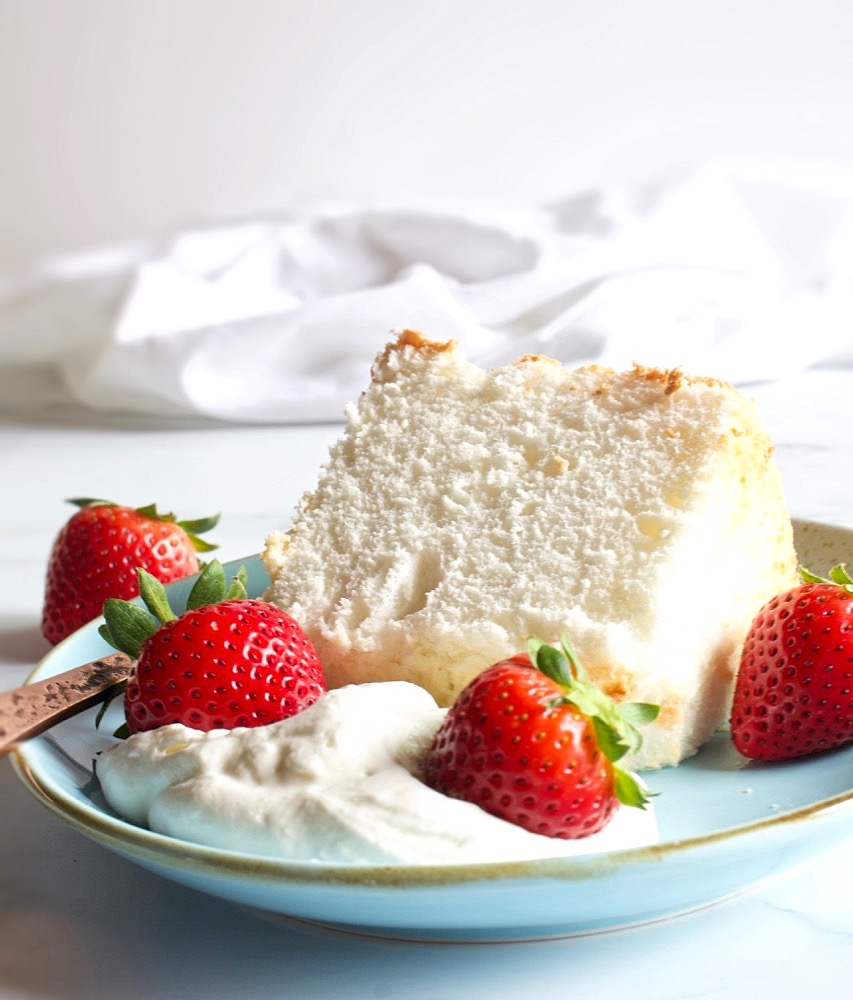 FUN FACTS:  It’s believed by many that Angel Food Cake originated in St. Louis, Missouri, in the mid-nineteenth century.  However, some people believe that the recipe was brought from the South by slaves.  Some believe it can be traced back to the Pennsylvania Dutch.

Don’t know what to do with all those leftover egg yolks?  Try making some homemade Lemon Curd.  You can use it to serve on this cake, pancakes or almost anything!

This light and airy cake is delicous no matter how you serve it.  Serve it with fresh fruit, a dollop of whipped cream, fresh fruit compote, or simply a dusting of powdered sugar.  It’s perfect either way you serve it.  For the perfect cake, make sure you read my tips above the recipe!

There may be affiliate links in this post. We are a participant in the Amazon Services LLC Associates Program, an affiliate advertising program designed to provide a means for us to earn fees by linking to Amazon.com and affiliated sites.
Cakes Desserts Recipes Spring Summer

END_OF_DOCUMENT_TOKEN_TO_BE_REPLACED
©2023 My Country Table. All Rights Reserved. Design by Purr.