Table Talk – What is that nasty little white thing on my egg yolk? 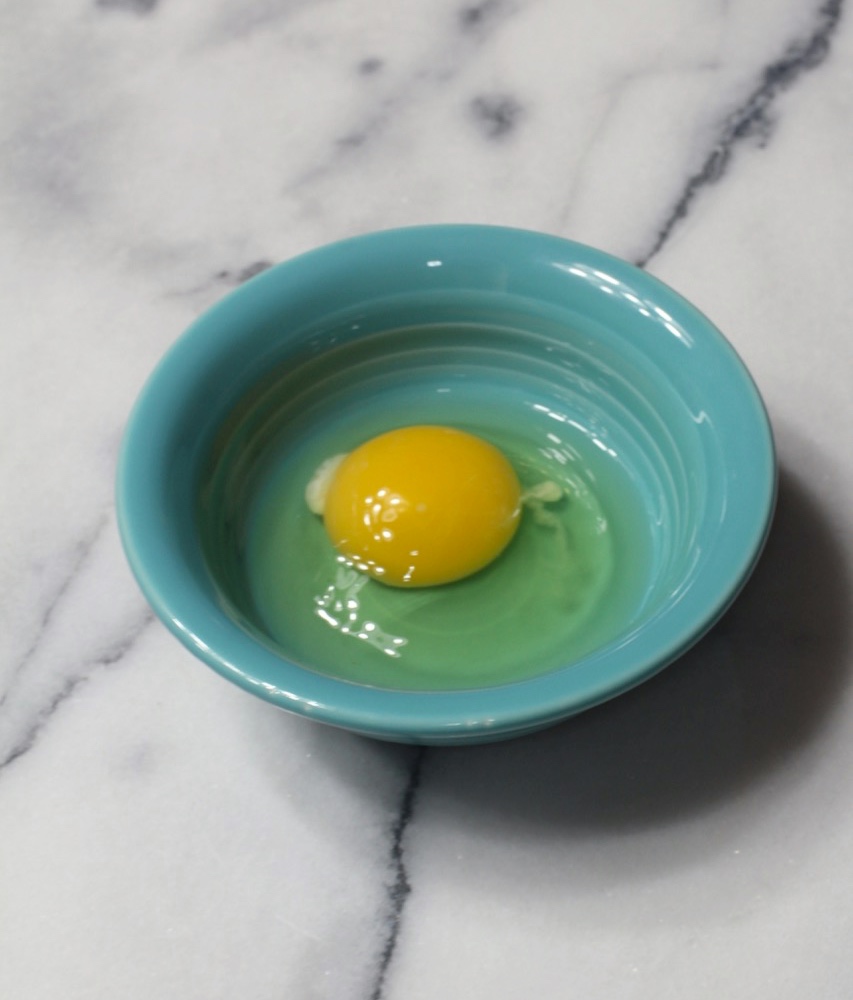 What is that nasty looking little white thing that attaches itself to my egg yolks? I’m embarrassed to say that I grew up on a large farm in Kentucky, with chickens all around me, yet to this day, I cannot stand to leave that disgusting looking little thing on my egg yolks.  What the heck is it?  Oh my goodness has my imagination worked over time on this one for years……is it the beginning of an embryo? a chicken umbilical cord? chicken sperm? OMG!  It looks nasty, disgusting and like some of the aforementioned subject matter, and of course, I remove it from every single egg yolk that I use for cooking or eating….YUK!!!  And now that I have my own chickens and fresh eggs, they seem to be even more pronounced as they attach themselves to my egg yolks like a tick on a dog…..Ohhh….I can’t take this anymore.  I have to find out the purpose of this gross little thing that’s attached to every single one of my egg yolks….I’m so tired of trying to detach them from my egg yolks with a spoon before I use my eggs!!

It’s a Chalaza?  What the heck is a Chalaza?  You mean this nasty little thing has a name?  OMG!  Why didn’t my mother tell me this when she was wringing the neck of a chicken or plucking feathers to make a pillow…she was supposed to tell me these things, so I wouldn’t have to look so stupid later in life, after growing up on a farm.  Come to think of it, I never saw my mother trying to remove those nasty little things from her egg yolks.  And ya know….I guess if I could wring the neck of a chicken and pluck it’s feathers after I killed it, I probably wouldn’t think twice about that nasty little white thing either.  Well I didn’t kill chickens and I do think about it.

What purpose does it serve????  Well much to my stupidity, I finally learned that it really does serve a purpose and it’s actually full of protein.  Yuk….I’m still not eating it…just saying….no way!  If you check the dictionary, it says that this thing called Chalaza is actually the string like line that connects the egg yolk to the outer membrane, which is that white skin attached to the inside of the egg-shell.  If you ever try to peel a boiled egg, you remove the shell, then there’s that little white skin that is sometimes still on the egg and you have to peel it off.  The Chalaza actually holds the egg yolk in place, or the egg yolk would be bouncing around all over the place.  It’s little white strands of protein.  No Thank You!!!  I’ll get my protein elsewhere.  Well at least I’m relieved to know that it’s not the things that ran through my imagination, but I still can’t stomach the thought of eating it.  I also found out that the Chalaza is more pronounced in fresh eggs so that one thing wasn’t part of my imagination.

By the way, most bakers do remove the Chalaza from egg yolks when they are making such dishes as puddings and custards….anything that you can see that disgusting little thing in.

So tell me….am I the only one who feels this way?  Do you remove this nasty little thing from your egg yolk?