These Buttermilk Scones with Sugar Glaze have a tender crumb and the perfect touch of sweetness. They are similar to biscuits but have an addition of sugar and egg.  These scones also have s drizzling of sugar glaze.  A perfect breakfast treat! 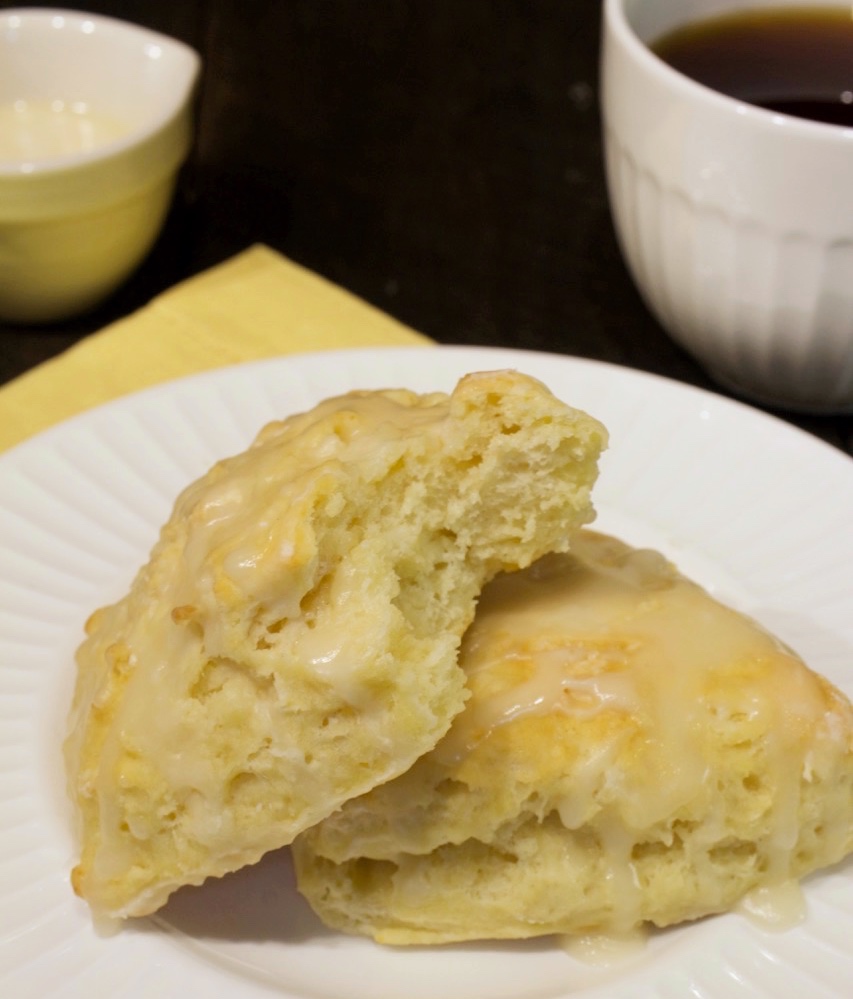 Are you a biscuit or a scone fan?  Maybe both?  Do you know the difference between the two?

I’m a huge fan of any kind of homemade bread, whether it’s in the form of muffins, biscuits, scones or rolls as long as it’s fresh and warm.  However, when it comes to scones or biscuits, I grew up eating biscuits.  It was actually years later when I finally tasted a scone out of pure curiosity.

So what’s the difference between biscuits and scones and where did they originate?

Biscuits originated in America and have been a mealtime staple for centuries in the south.  They are most commonly made plain with no addition of fruits, herbs or cheese. They are usually served hot with breakfast, smothered with gravy or smeared with butter and some sort of fruit jam or preserves.

Scones originated in Scotland and are commonly served at British High Tea at room temperature.  They were originally made plain like biscuits, but over time they have become popular with more substance, such as dried fruits, oats or nuts, and even made savory with herbs and cheese.

Both biscuits and scones contain essentially the same ingredients…flour, butter or shortening, cream, milk or buttermilk, leavening, but scones contain an egg and usually sugar, unless they’re made savory.

Both biscuits and scones are prepared in the same manner…formed into a dough, rolled out and cut into shapes.  Biscuits are usually cut into rounds, whereas scones are traditionally cut into triangles.

There’s really not much difference between a plain biscuit and a plain scone except for egg and sugar.

Here’s how I made these quick and easy Buttermilk Scones… 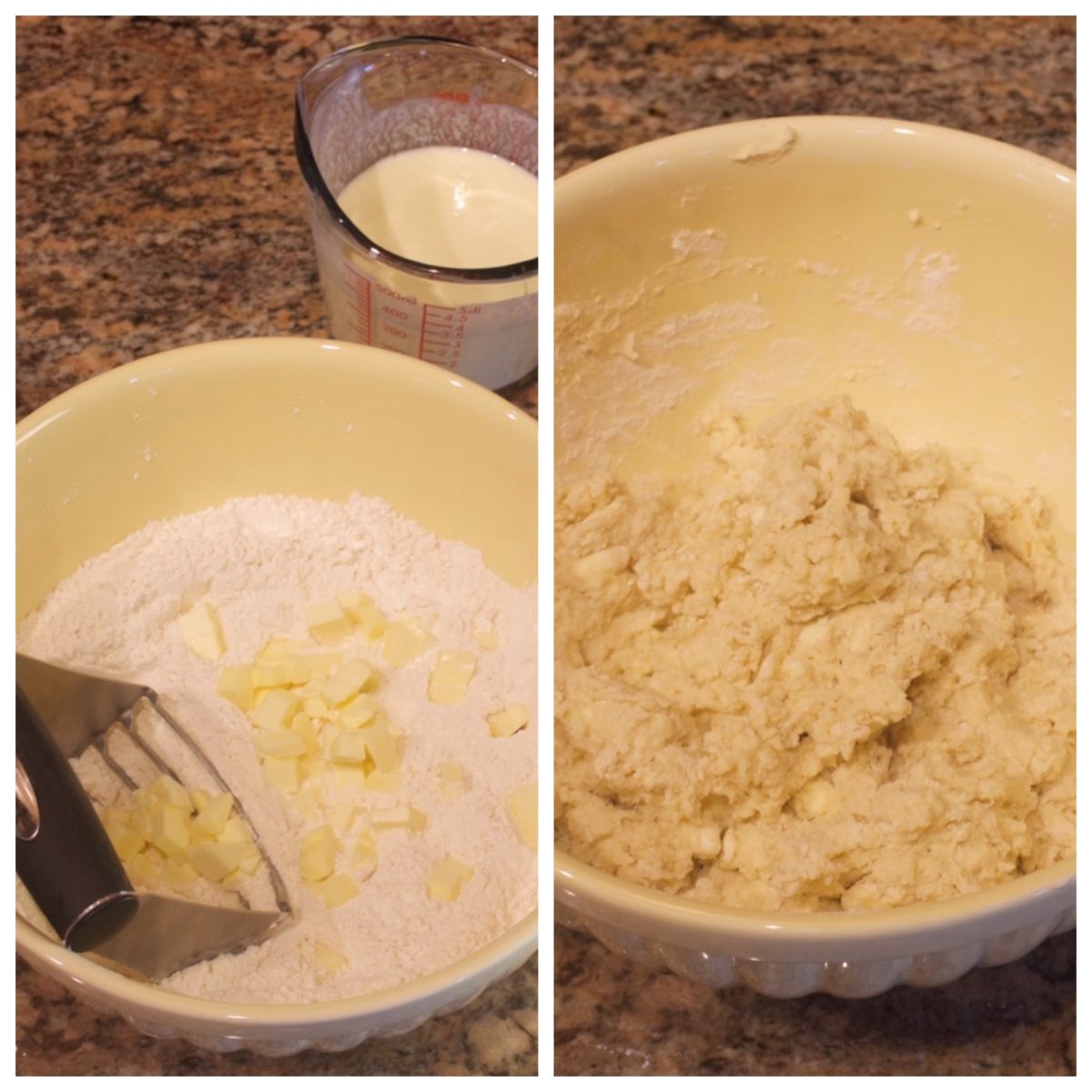 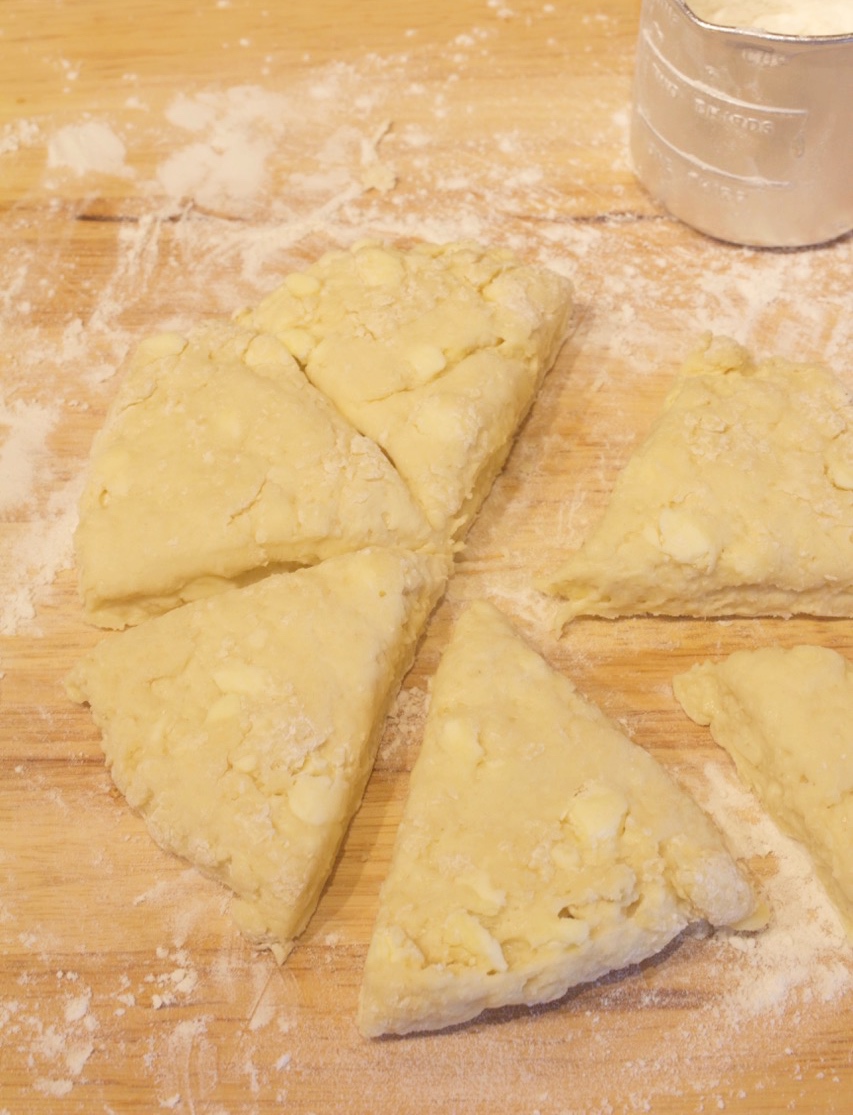 I divided the dough in half.  Then I patted each half into a circle and cut it into equal wedges and baked them on a cookie sheet until golden brown on top. 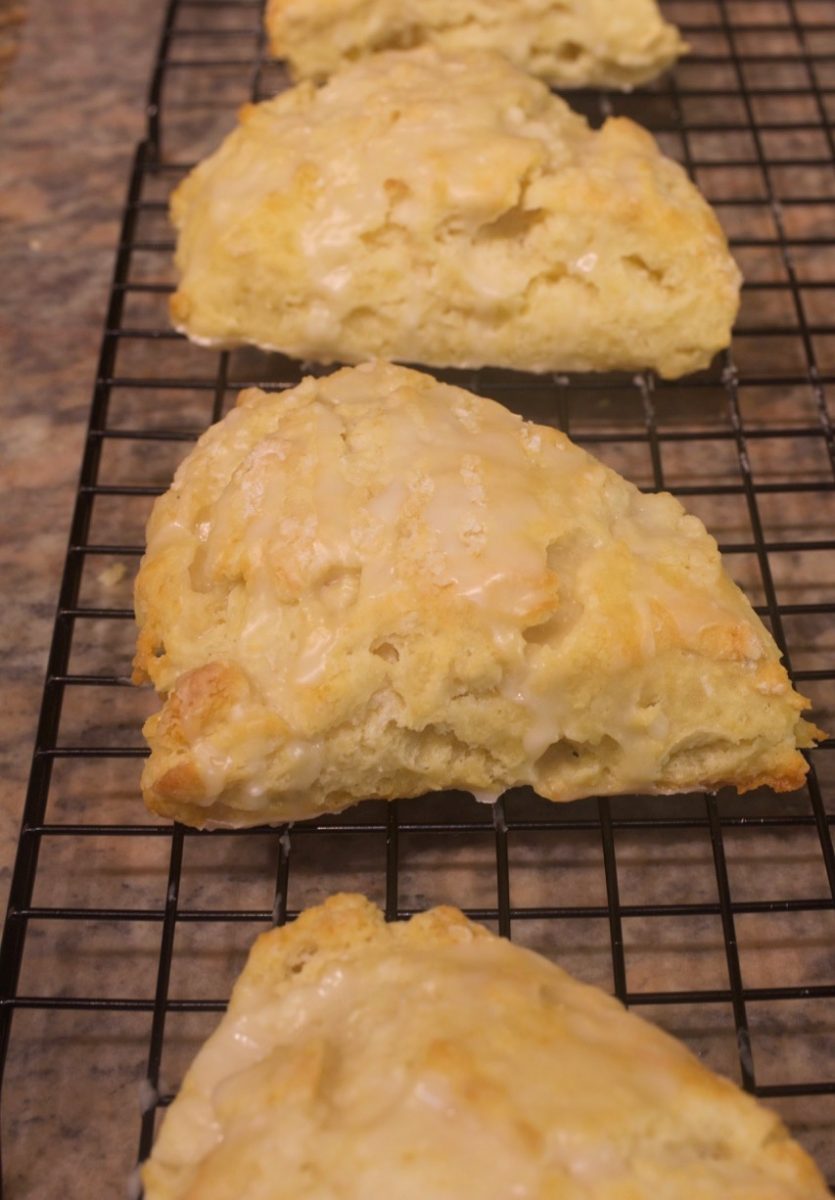 Once they were cool I drizzled them with a thin sugar glaze. 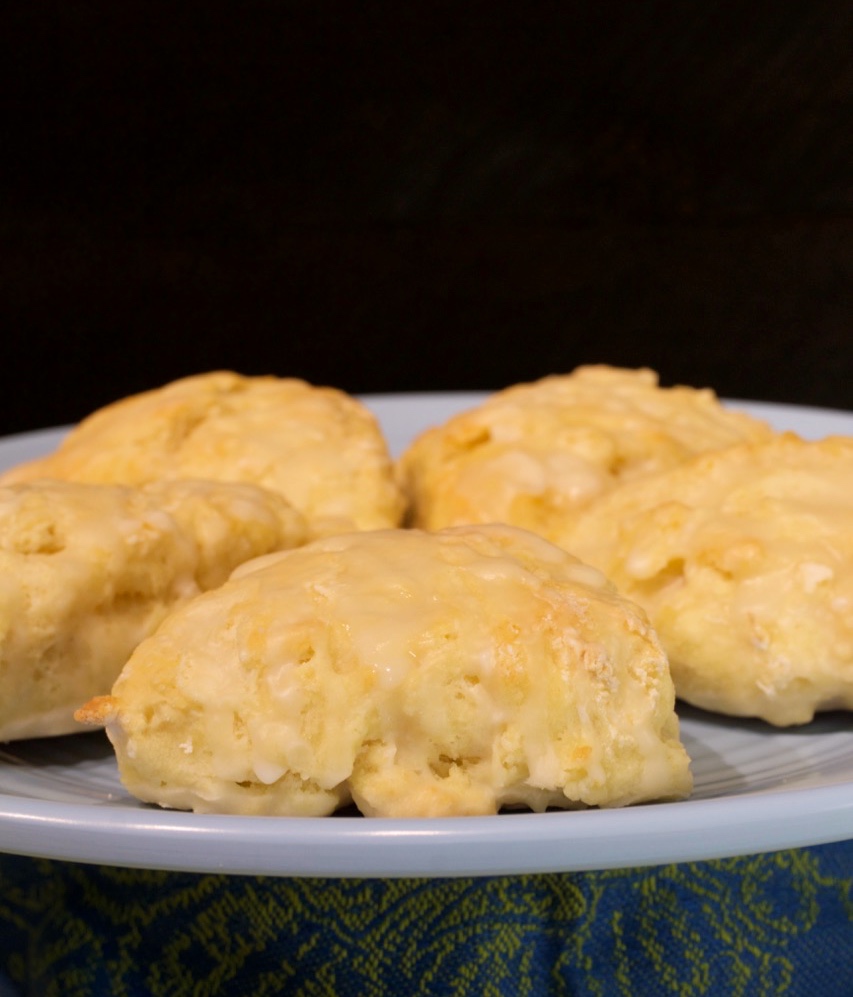